Let’s explore a few places to live and/or retire in the United State. I personally know people who live in Montana, and this may be a place which may appeal to a few folks. Whether you want to retire in Montana, take a vacation, or relocate there for other reasons, I look forward that you find this information helpful. 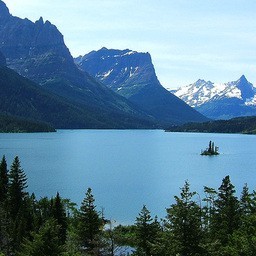 Over the years I have lived as well as traveled to a good many places around the world, and I have found pros and cons in all of them. Where some people are delighted with the mystique and beauty of Hawaii, others find the rugged terrain and more challenging climate of Alaska more suitable to their tastes. Wherever you go it is a trade off of many factors.

— The density of the state is six people per square mile

— Located in the Northwestern part of the United States bordering Canada (British Columbia, Alberta, and Saskatchewan)

as well as the states of Wyoming, Idaho, South Dakota, and North Dakota

— The state animal is the Grizzly Bear (about 1800 bears)
— Large deposits of copper, silver, lead, oil, manganese, gold, and timber

— Bitterroot is the official state flower

— Mining and agriculture are its two (2) main industries

— It has a population of 8,000 moose who were thought to be extinct at one time

— One of the world’s largest collections of dinosaur fossils

— Beaver Creek Park, located in Hill County, is the largest county park in the USA

— Has the largest population of golden eagles in the United States

— The western meadowlark is the official state bird

— Fort Peak Dam, located in Northeast Montana, is one of the largest earth filled dams in the world

— More cattle than people in Montana as well as the elk, deer and antelope populations outnumber the humans

— White pelicans migrate from Gulf of Mexico each year

— The first National Park in the United states, Yellowstone, is partly located in Montana. Within the area of the park there are super volcanoes and between one thousand (1000) and three thousand (3000) earthquakes each year

— The two (2) most popular slogans are the “land of the shining mountains” and the “last best place.”

— Due to the mining of gold, in 1888 Helena had more millionaires per capital than any other city in the world

Some Pros and Cons 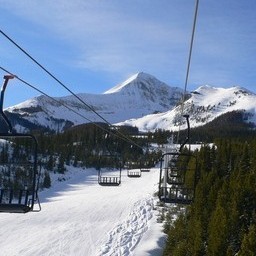 It is no secret that Montana is known for its natural beauty. Road swathes of the Montana country is not just beautiful but empty. Since the state’s population density is the third lowest in the country, Montana is quite empty as well as being beautiful. While this may appeal to you, here are a few things to consider prior to taking the plunge.
— Be sure to Be Prepared for some Freezing temperatures: With unpredictable temperature swings, Montana is quite cold during the winter months. There can be swings between fifty (50) degrees above to fifty (-50) degrees below zero between the months of November and March. In addition to dressing appropriately for the weather, it is imperative to have a Winter Survival Kit (shovel, water, power source, flares and flashlights, food, blankets, toiletries, tools and supplies, radio, and a first aid kit) in the car.

— People are friendly: People are very friendly and engaging, and will freely chat and share stories in diners and cafes. It’s a slower pace of life, as I myself have experienced by living in a few small towns.

— It’s an outdoor lifestyle: Getting out into nature and staying active is the theme of this area. In addition to outdoor activities, many folks work outside in nature as farmers and ranchers. Others who work in offices are eager to get out for camping, hunting, hiking, fishing, and canoeing.

— Lots of snowboarding and skiing: With fifteen (15) ski areas and resorts, winter sports are a big part of the lifestyle in Montana.

— Self-sufficiency is a must: Especially in rural areas, you may experience challenges such as power outages after a storm, or even car batteries not working with the extremely cold weather. With basic survival supplies in your car and home, you will be prepared for handling most any situation. Neighbors are a vital part of living in Montana, so you may get a knock on the door for some friendly assistance at times.

— Hunting and Fishing are very popular: Many folks source some of their food outdoors. These are strong cultural values along with gun ownership. Proper licenses need to be obtained to participate in these activities.

— Plenty of Wildlife: It is part of living in this part of the world to have occasional run-ins with rattlesnakes, bears, and even sandhill cranes. If you have a garden you will want to figure out ways to protect it from the wildlife.

— Ranching is an active industry: Agriculture adds four ($4B) billion dollars to the economy of Montana. There are 28,008 ranches and farms in the state.

— Get a Four-Wheel drive truck or car: It’s more of a necessity than anything else considering the extreme winters and beat-up rural roads.

— An oasis of Craft Beer: Whether home-brewed or commercially produced, there is no lack of quality craft beers in Montana. With fifty-three (53) licensed breweries throughout the state you won’t go thirsty for your favorite brews. More than five hundred (500) people are employed by these establishments which create a sixty ($60,000,000) million dollar annual industry. Kits are available throughout the state for those interested in brewing at home.

— Housing is scarce: Before moving to Montana set-up at least a temporary rental. It may take a while to locate your ideal home. For example, eighty-three (83%) percent of the workforce in the city of Big Sky commute from outside because of lack of affordable housing in the city.

— Population Density is Low: This is a very sparsely populated state with empty roads, and many homes are miles from their neighbor.

— Not the trendiest place around: It may take a couple of years to catch up with what is happening in major cities such as New York and Los Angeles.  New fashion and restaurant trends will be arriving at a snail’s pace.

A Few Towns to Consider 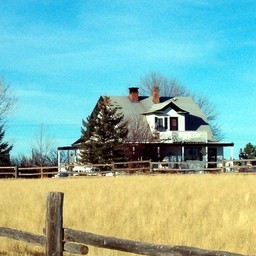 If you decide to move to Montana here are a few towns to consider.

Here you will find an interesting mix of hunters, anglers, and university students. Home to the University of Montana it is definitely leaning left on the political spectrum. It is known for it’s locally made items and foods, and the slogan “keep Missoula Weird” will be found on many bumper stickers. In addition to good public transportation, it has two (2) medical centers, a d  access to skiing and world-class fishing. Home prices are a bit over $200,000.

This town is the gateway to Yellowstone National Park as well as easy access to Grand Teton National Park. Skiing is close by as well as plenty of hunting, boating, fishing, snowshoeing, horseback riding, hiking, and snowmobiling. It is home to Montana State University and home values are around $250,000.

Located in the Northwest part of the state, Whitefish is the Gateway to Glacier National Park. It is next to Whitefish Lake and Flathead Lake. Kalispell, which is a larger city, is close by. Whitefish has a population of approximately 6357. Prices are a bit higher because of the upscale nature of Whitefish. Homes go for around $265,000 (higher than state average). In addition to skiing you have access to plenty of swimming, boating, ice fishing, camping, hiking, and hunting.

Residing on the northern part of a valley called “The Flathead”, it is nestled up near Flathead Lake, which is the largest natural body of fresh water west of the Mississippi River. It is also known as the Gateway to Glacier National Park and also has plenty of outdoor activities available. Kalispell Regional Medical Center is one of the top hospitals in the country. Housing prices average in the $190,000 to $200,000 range. The population is around 25,000. 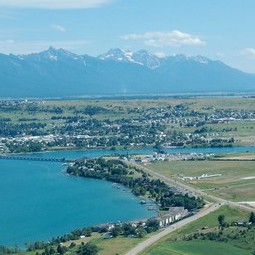 As with anywhere else you need to weigh the pros and cons relative to your individual preferences. While Montana offers much for someone into outdoor activities and a slower pace of life, those who cherish big city life will find it a tough adjustment.

Montana offers some of the best trout fishing anywhere in the country. In addition to plenty of mountains and wide open prairies, there are cities such as Missoula, Billings, and Bozeman with thriving economies and a variety of activities including museums, shopping, concert venues, and restaurants.

For those interested in both Learning and Earning money Online here is my #1 Recommendation.

Have fun with your travels,

12 thoughts on “Retire In Montana”