Once we have discovered what some of our limiting ideas and assumptions are, it helps to know how to eliminate limiting beliefs. It’s not as hard as we may initially think. 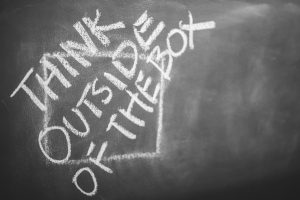 With a little effort and a lot of persistence, even the most strongly held beliefs will loosen up and dissolve. Once they dissolve they are gone for good.  If they hang around at all, then we will need to use willpower to override their effects until we get rid of them.

Recognizing Our Power To Create

Once we have spent some time identifying some of our beliefs which are holding us back from full expression and achievement, then we can take a few steps to get rid of them.

The old-fashioned way is just to hit them up with affirmations and drive them out. This still works but takes a lot of effort.

The key here is that we are creating all the time, but what we create is not always what we desire, as we do it accidentally. When we grab hold of our creation lever, we are able to bring into existence the things which we most desire and cherish.

We just need to look around at everything in our life, both things and people, to have evidence of our creation power. Contrary to what most people think, things do not just show up randomly. There is a reason for all our experiences.

If and when we are able to accept this, then we can use that same creative energy in the direction which we want to go. It’s the same energy, but just focused elsewhere.

Let’s Get Rid Of A Few Limiting Beliefs

Once we have a list of things which we believe about ourselves, others, and the world in general, we can take one of those ideas and challenge it. Here is a short process to get rid of our false assumptions:

1) Say the belief out loud

2) Determine how that feels. Is there something there? Can you feel any discomfort? Is this idea real to you? If it isn’t then you do not have this belief. It may have been there at one time, but not now. But if you feel something either physical, emotionally, or intuitively then you have the belief. Trust yourself on this and go by first impressions; don’t drag this out forever.

3) Now venture back in time when you were young (preferably under eight (8) years of age, but just do your best; the younger the better), and observe what was going on that caused you to create this belief. Gather as much info as you can. This will be the source of your belief.

4) No matter what happened realize that this was your version of it. Other people involved or observing would have their own versions.

5) Now look at the events that transpired when you were young and only the events. Then look at your interpretation of what you added to those events and saw that as real. In other words, your parents may have yelled at you for not following directions, but you may have interpreted that to mean they did not care for you or thought you were stupid or worthless.  Just see what come up  The key is to see the difference between the actual event and your interpretation of that event.

6) Come up with some other interpretations for the same events. Come up with about three (3) to five (5). Review those versions until you can see and understand that your initial interpretation when those events occurred was just one of many possible ones.

7) Once you can do that you will see that the events were just events, and nothing more. How you chose to interpret them was just your very own thought process which was not part of the actual physical event.

8) Now repeat out loud your original belief and see if there is still any charge there. If there is any repeat the process; if not, you have eliminated the belief.

This gives us a whole new outlook on life, once we have released some of this heavy baggage which we have been carrying around. We “assumed” it was true, and that we would have to carry this stuff on our backs for the rest of our lives. But this is definitely not the case.

This is just a matter of being able to separate ourselves from our thoughts, and see the events for what they were without the emotional charge. Something happened, and we reacted to it and figured out ways to survive both then and in the future by holding on to certain ideas and beliefs.  We determined what worked so we could stay safe and get what we wanted.  Some of those ideas were useful when we were young, but many of them do not benefit us today, and in fact restrict us.

So practice this a bit with all your most cherished ideas which you just “know” to be true, and see if they really are. Keep the ones that are, and discard the rest.

Here is a Review of an “Un-Limited” Way to Build an Online Business and Enjoy the Process!

Believe in Yourself and Your True Potential,