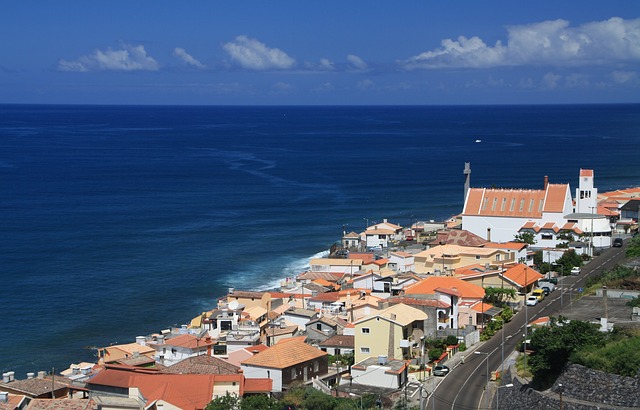 Madeira brings back fond memories as it is the home country of a very good friend of mine who I met many years ago in San Francisco. So where is Madeira? It is an autonomous region of Portugal off the northwest coast of Africa, and is an archipelago comprised of four (4) islands. 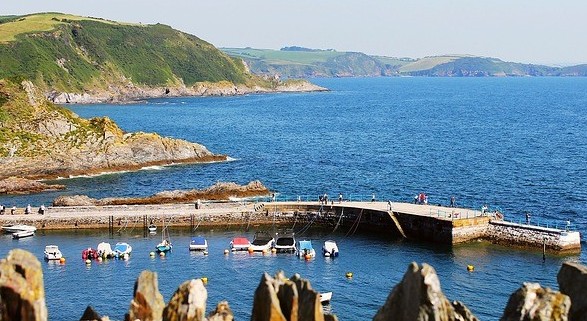 The capital, Funchal, is on the main island’s south coast. Many years ago (1419) when the Portuguese explorers were doing their thing, they got off course on their way to West Africa, and ended up on the smaller island of Porto Santo. The Sevengens (Savage Islands) and Desertas islands are southwest of Madeira.

Things to do on the Madeira Islands

Before we get started here, check out this video which will give you a glimpse of the scenery and some of the activities available.

There are many natural landscapes to be enjoyed in this spring–like climate with mountain adventures as well as plenty of botanical gardens. The ocean waters are clear and mild, and whale watching is a favorite pastime here.

The Palheiro Gardens are situated near the Altantic Ocean on the Quinta do Palheiro estate in the hills just east of Funchal. Here you will discover how any plant will grow because of the richness of the Madeira soil. The property has been owned since 1885 by the Blandy family who have a prominent presence in the wine industry on the islands. All the flowers and plants are beautifully arranged on terraces.

For those into diving Madeira is a favored destination for people in Europe. With the low fluctuations in temperature and the clear pristine waters, you can dive and swim with sea turtles, dolphins, and monk seals.

For those who prefer to sight see out of the water, there are many boat trips you can take where you will get glimpses of dolphins and whales. There are twenty (20) different types of whales and dolphins which have been seen in this area. Summer is the best season for this.

The Monte Palace Tropical Garden is built on terraced slopes surrounding the former Monte Palace Hotel. You will find European azaleas, cyncads from South Africa, medicinal plants, herbs, heather from Scotland, cacti, as well as a local laurel forest. It has over one hundred thousand (100,000) plant species and a separate section just for Madeira flora.

The Madeira Whale Museum is located on the east coast of Madeira in Canical. Here you will learn about the history of the whale industry in this part of the world. The museum was opened in 1989 and you will find many artifacts as well as a section devoted to the preservation of marine life.

At Cabo Girao, a sea cliff located off the southern coast of Madeira, a sky walk was constructed in 2012. This is quite an experience if heights do not bother you as the platform hangs over the edge of the cliff (580 meters/ 1902 feet) with a glass floor which provides an amazing view of the ocean below. On the east side of the sky walk you get a great view of Funchal.

Within the town of Conical on the easternmost point of Madeira is Ponta de São Lourenço. Here you will find a nature reserve which has large volcanic rocks with red streaks through them. It’s a bit of a hike but the views of the Atlantic make it most worth it. As you journey along from the Quinta do Lorde resort you will find rest areas with picnic tables. 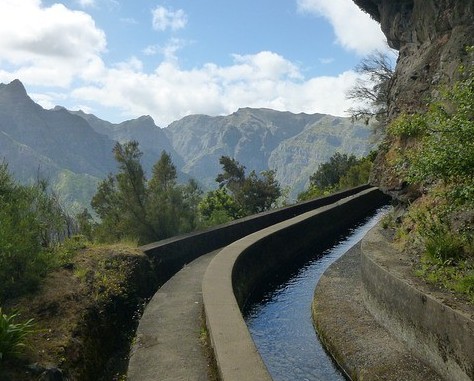 Another fun activity is taking walks along the Levadas. One of the most favorite routes is the Levada dos 25 Fontes which takes you past the Risco Waterfall. The Levada do Caldeirão Verde dates back to the 1700s when it was constructed to carry water from the highest mountain on the island to Faial, which is near the northern coast traversing through the stunning Sao Jorge Valley.

Road trips around the island are a fun experience as they have a very good road system even though the terrain is rough. If you are not into hiking that much, you can still catch a lot of the natural scenery while driving around. There is a twisting road which climbs between Funchal to Curral das Freiras and takes about half an hour. And on the north coast check out the VE2 from Sao Vicente to Porto Moniz where you drive along the coast with gorgeous views of the ocean. At Seixal you can experience a dip into the rock pools.

Now for those who are really into hiking here is a fun and interesting adventure for sure. The highest peak on Madeira is Pico Ruivo (6108 feet/1862 meters) and the hike will take about six (6) hours. This has the most beautiful scenery with heather, ferns, and mosses along with lizards and a variety of birds along the way.

Now on the lower northern part of Pico Ruivo is Parque Forestal de Queimadas, a subtropical laurel forest. Surrounded by a light veil of mist due to the high humidity it has a magical quality amongst the ferns, lichens, moss, and some of the largest fonds anywhere in Europe. The traditional Santana cottage provides plenty of rooms for relaxing and having a picnic. 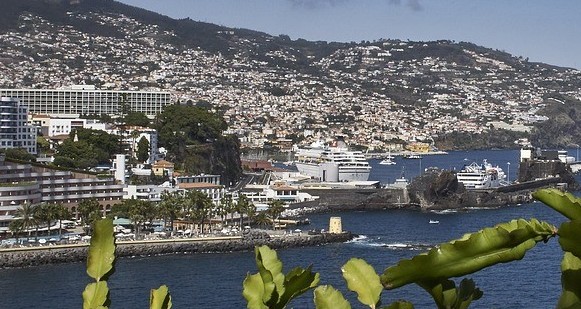 Being the largest town in Madeira with about 100,000 people it offers quite a lot in terms of museums, botanical gardens, historic sites and much more. An easy way to check out the town is by taking the Old Funchal Walking Tour. Another option is the Hop-On-Hop-Off Bus where you can get either a twenty-four-hour ticket or two (2) to five (5) day pass and tour the various attractions just outside of the city center.

You will find many restaurants and shops in Funchal Old Town (Zona Velha). It has a great local presence despite the hectic atmosphere when the cruise ships are around. For shopping head over to Rua da Carreira, Rua do Aljube, and Rua Dr. Fernao Omelas.

For lunch avoid the tourist restaurants and check out the local spots where there is great fresh food such as at Restaurante Armazem do Sal.

The Funchal Cable Car is a fun experience where you are in a cable car suspended in the air offering wonderful sights of the city below. 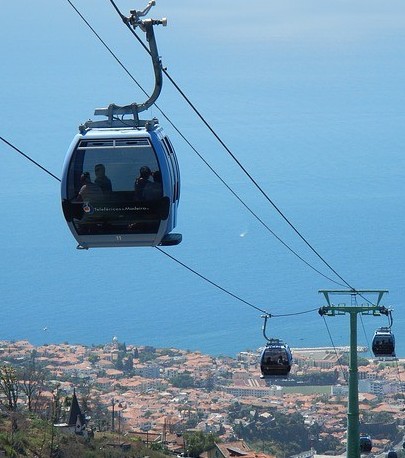 A few minutes from Old Town is the Funchal Waterfront area which is a great place to relax. There is a bathing area and park as well as proximity to places for a cup of coffee or to have lunch. This is also where you can arrange for any boat trips you may desire to take.

Wickerwork, dating back to the 19th century, is an important industry here producing well-known wicker baskets and chairs. A unique attraction is the Wicker Toboggan Sled Ride where you sled down the steep streets of Monte. It is quite an experience.

Great views can be seen from the Church of our Lady of Monte (Igreja do Monte) which was constructed in the 18th century, and provides stunning views of the coastline, mountains, and the town of Funchal. It is located near the Monte Cable Car Stop Station and the Monte Palace Tropical Garden. Within the church itself are many beautiful paintings and statues. Another interesting sight is Funchal Cathedral (Se), which is a historic landmark built in the sixteenth (16th) century. Another place with outstanding paintings and sculptures is the Jesuits’ College of Funchal also built in the 16th century. The Santa Clara Monastery is a 15th century working monastery up the hill from the center of Funchal.

The Madeira Botanical Garden (Jardim Botanico), is the largest garden in Funchal (City of Gardens) with plants from all over the world. Previously a privately owned estate from the 1880s, the gardens sit on a hill high above Funchal with amazing views. You will find a variety of garden styles here including Japanese and French gardens. There is also a history museum and areas for the kids to play.

The Farmers’s Market, Mercado dos Lavradores, is a vegetable, fish, flower, and fruit market located inside a building from 1940. Inside are several areas connected by passages and staircases.

The street art of Rua da Santa Maria is simply amazing. A public art program, Arte de Portas Abertas (the art of open doors), managed to transform a run down area of Old Town into a thriving outdoor art gallery. It has over two hundred (200) works of art which are mostly displayed on the doors of the houses.

Afternoon tea at The Reids is an absolute must for tea lovers. It takes place in one of the most famous hotels in the world, Belmond Reid’s Palace, which dates back to 1890. You don’t have to stay at the hotel to have tea, but it’s a really fantastic place to stay with former guests being Roger Moore and Winston Churchill.

For a complete history on Madeira, check out the Madeirs Story Centre, which is a museum showcasing the entire history of Madeira from Portuguese explorers and pirates to the island’s most recent developments. The CR7 Museum is dedicated to the country’s soccer star, Cristiano Renaldo. If you are into soccer this would be a fun stop. The Museu Quinta das Cruzes is a home with adjacent gardens filled with 17th and 18th century furniture and household items, which will reveal a bit of how the well-to-do lived during that time period. 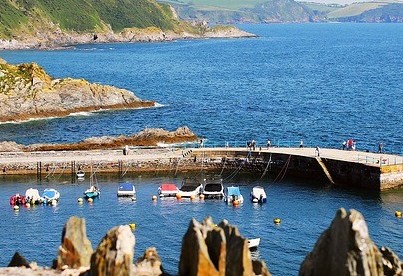 Well, for a nice change of pace off the beaten path of most tourist destinations, Madeira offers some outrageously beautiful scenery as well as one of the world’s largest New Year’s fireworks shows. This tradition dates back to the 17th century, and fireworks are set off from over fifty (50) different locations around the bay. The event in 2006 even held the Guiness World Record for largest display of fireworks anywhere in the world.

With sunshine year round and some of the most fertile soil, you have some of the world’s best fortified wines dating back over five hundred (500) years. So this is a year round destination which attracts people with a variety of interests. It is laid back with locals who are very friendly and welcoming. Plus you get good value for your money here.

This may just be a spot which you never thought of that would be a pleasant way to spend a week or two. Also crime is virtually non-existent here so it is a safe place to be. Whether you desire hiking and outdoor activities, or a more relaxing time by the pool, Madeira offers much for a wide range of visitors.

>>>>Click Here<<<< To Learn how to take your Business on the Road and operate anywhere in the World! Sign Up Free. 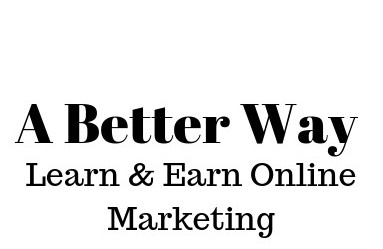