Is the Truth True? This may seem like a funny question to ask, but once we delve into it a bit, there are a few ideas which come to the surface that are easily ignored. You may also want to check out a similar post I wrote on the subject of truth and compare a few notes. 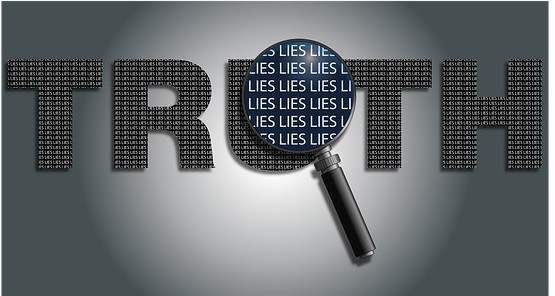 We take so much for granted because “things are just the way they are”, without inquiring of how they got that way. Are we creators of our lives or victims? Let’s explore a bit.

A Few Theories on Truth

There are a few popular theories out there which do their best to describe what the truth really means. Without going into this stuff too deeply, let’s just quickly review each one.

The Correspondence Theory — What this theory basically implies is that truth corresponds to reality. This is by far the most popular theory. The reasoning behind this is that the truth is based on and corresponds to facts, and not beliefs. Beliefs are opinions which may or may not be true, while facts are considered “what is” and not based on being true or false.

The Cohernece Theory — This is the second most popular and it talks about a belief being true when it does not contradict our other beliefs. So things are true or false based on their ability to fit in with a larger system of beliefs corresponding to reality.

The Pragmatic Theory — Under this theory things are either true or false based on their overall usefulness. So this requires some interaction with the world in order to figure stuff out. Now all of this can get rather confusing especially when you have a guy like Nietzsche mention that “sometimes untruth may be more useful than truth”.

But before we go on, let me mention Deontology which is a theory based on the ethics which determine right and wrong actions. It is living your life based on duty and moral obligations.

Also, here are a couple of definitions of truth from Princeton’s WordNet:

Now that’s enough of that. It is so easy to get lost in this stuff, and really do a number on our minds.

So Where Do We Go from Here?

The purpose of this article is not to start a philosophical discussion on truth, which has already been bantered about for thousands of years. It is to dig a little deeper into exactly “how” we think, and the ideas which we accept and don’t question, but which determine our personal experiences and realities.

In order to get to the essence of all this we need to break this down and keeps things simple. It is making things complex that muddies the water so to speak. Our intention is to eliminate the confusion and fear which exist because of our misperceptions and false interpretations of what is really going on. We can start by finding the utter simplicity of the Present Moment.

Keeping things as simple as possible: The Truth is True.

Now not being able to accept that on face value because of all the “borrowed knowledge” which we have picked up over the years through both formal and informal learning/education, we must insist on filling in the blanks. This is where we open ourselves up to much confusion.
First off, words do a very poor job on enlightening us on this subject. Truth is known by experience, while words just point the way.

Out of the billions of folks on this planet, each one of us has our own version of truth. The reason that these versions lack reliability is that they are changeable and based on the past. Images shift and change before our eyes on a moment-to-moment basis. It takes great willingness and a humble attitude to see these illusions for what they truly our.

Once we recognize and admit that we don’t know what the truth is, we have taken the first step to waking up. We then realize all of our beliefs and facts are merely “accepted fiction”.

We can easily prove this to ourselves by researching all the different ideas around the many areas of our existence such as love, family, exercise, nutrition, life and death, survival, health, sickness, and any other areas in which we blindly accept concepts as true. We need to question all of our ideas around this stuff to break free from our self-imposed limits.

Now you know why I mentioned willingness and humility as vital ingredients to get this done, as it is not easy because of all the fear and resistance which rises to the surface once we mess around with our sacred beliefs about how things are or supposed to be.

This is NOT a Meaningless World

With just a little bit of observation we can observe and become aware that our Universe is based and sustained on natural laws of equilibrium and mathematical exactitude. Within this Cosmos there is not the slightest sign of evidence of chaos anywhere. If there was, we would no longer exist. But we even take this for granted.

Over the many years of astronomical measurement and investigation, no trace of evidence has been discovered of any chaos or disorder anywhere in the Universe. This leads us into the direction of discovering the Truth. We are then led within  ourselves, rather than without to recognize the Truth. This is where our true Power exists, and that Power as well as the Truth is unchangeable.

When we look without, we perceive much apparent chaos and change. What were scientific facts one day have now been replaced with new discoveries and realizations. Technology, science, and medicine have shifted our understanding of life as it continues to uncover new possibilities.

Once we recognize that there is much behind the apparent images which we view and give meaning to, we are then able to awaken ourselves enough to accept that all illusions are equally untrue. We must remember what it was like when we were kids and much more open-minded. We could more easily accept that we “just don’t know”, and how we see the world and how we think things should be is just one of the many things we just made up.

We have created a bunch of symbols by which we live. It is only our perception which gives it meaning. We also think that this stuff just happens to us. But the good news is we can use all of this made up stuff to awaken. All of our relationships, people, events, places, memories, and thoughts can all serve a very useful purpose.

Our Birthright is Joy and Peace of Mind

There is no meaning in images. We might just as well forgive ourselves and others for our many misperceptions and misinterpretations, as we are all able to release the past in this Present Moment. In this way our future will not be a reflection of our past, but a creation of the Present Moment.

Letting go of all distractions empowers us to move forward in confidence. It is the Simplicity of Truth which breaks us free. Our acceptance of this is required in order to release our conflicted state of mind. Freedom and happiness are available right this moment.

William Ernest Henley was an English poet who is most known for his poem Invictus which I would like to share with you now:

“Out of the night that covers me,

Black as the pit from pole to pole,

I thank whatever gods may be

For my unconquerable soul.

In the fell clutch of circumstance

I have not winced nor cried aloud.

Under the bludgeonings of chance

My head is bloody, but unbowed.

Beyond this place of wrath and tears

Looms but the Horror of the shade,

And yet the menace of the years

Finds and shall find me unafraid.

It matters not how strait the gate,

How charged with punishments the scroll,

I am the master of my fate,

I am the captain of my soul.”

We are all the “Masters of our Fate” and Captains of our Soul”. We are only a decision away from taking the journey to break free from our imaginary chains, which have restricted us, and kept us from the joy and peace of mind which is our birthright.

We must be unafraid to confront our demons of uncertainty, fear, judgment, and many times self-hatred. Because when we do confront them, we see them for what they truly are, mere curtains of mist which are easily blown away to reveal the luminescent rays of a brilliant Light which has always been shining within ourselves. We are deceived no more.

May we all find the Truth which resides within ourselves and is so eager to be revealed.

In Peace and Love within the Light, 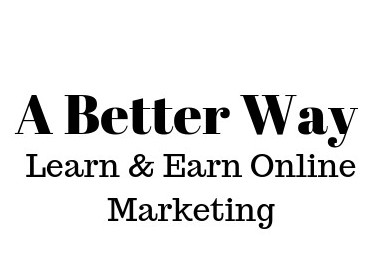 14 thoughts on “Is The Truth True? — A Funny Question To Ask”