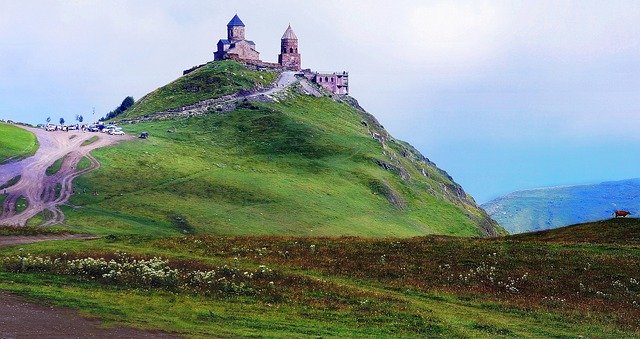 Where is the country of Georgia? Well now, we are not talking about the state of Georgia in the United States. This is a former Soviet-occupied country situated right where Asia and Europe come together. It is one of the world’s last virgin landscapes with numerous national parks, the Caucasus Mountains, and Black Sea beaches.

Its largest city and capital is Tbilisi with its cobblestone streets, art galleries, sulfur baths, and amazing architecture. Its ancient wine-growing region is Kakheti (I have personally sampled some of their wine and it is delicious). Their wineries are called bodegas, and they have been making wine for eight thousand (8,000) years.

It is as much a historical combination of Asia and Europe as it is geographical. Over the years it was ruled by the Greeks, Byzantines, Ottomans, as well as the Soviets.

It is surrounded by Russia to the north, to the south by Turkey, to the west by the Black Sea, and to the southeast by Azerbaijan. Going back over the centuries we discover that what is now Georgia was formerly several independent kingdoms, such as Iberia and Colchis. Christianity was adopted early on.

The twelfth (12) and early thirteenth (13) centuries were the golden age for Georgia. It then quickly declined and was dominated by various powers in the region such as the Mongols, Ottoman Empire, and Iran. Late in the eighteenth (18th) century, an alliance was formed with the Russian Empire. There were numerous transitions that led to the eventual secession of Georgia from the Soviet Union in April 1991.

Things to Do in this Part of the World

There is an abundance of history and culture here to be explored and enjoyed including medieval monasteries and fortresses, beaches, caves, villages, mountains, hills, and of course wonderful people. Here’s a video to get us started:

* Kazbegi — this is an interesting place with plenty of places to hike through the many valleys as well as to the Gergetic Glacier. Also, check out Gergeti Trinity Church. Take the Military Highway (from Tbilisi to Kazbegi) and you’ll run into Ananuri Castle, the Russia-Georgia Friendship Monument, and the Jinvali reservoir. You can camp in the area or stay at one of the many guesthouses.

* Bakhmaro — this is the country’s highest climatic resort at an elevation of six thousand five hundred and sixty-one (6,561) feet (2,000 meters). It’s a great place to camp when the weather is not too cold (June to September). You will definitely get your fill of nature here.

* Mtskheta — this is the religious capital of the country. In fact, prior to King Gorgasali changing things up in the sixth (6th) century, it was the actual capital. It is the oldest city in the country as there is evidence of human habitation from four thousand (4,000) years ago. You will find plenty of churches and monasteries here.

* The region of Tusheti — located in the northeastern part of the country it can only be reached over the Abano Pass. It’s on the northern edge of the Caucasus mountains. It has one of the most dangerous roads in the world getting through the mountain pass. It is only inhabited five (5) months of the year (late May through early October).

* Juta in the Chaukhi region — this is one of the most popular places for hiking and climbing as well as filled with natural beauty in a peaceful setting.

* The Martvili Canyons — in the Samegrelo region of western Georgia you will find many caves, waterfalls, and canyons next to the Abasha River. Take a boat ride down the river to take in all the sights.

* Sighnagi — in the Kakheti region this is a gorgeous little town. With beautiful views of the Alazani valley, you can enjoy great wine and food among the small streets and colorful homes. There are also castles, vineyards, and family-owned wineries to explore.

* The capital city of Tbilisi — situated on the bank of the Mtkvari River (also called the Kura River) is has been the capital since the sixth (6th) century. It is surrounded by mountains and has a lot of interesting architecture within. Walk the streets of Old Town and get a feel for the history and culture. To get an overall view of the city take the cable car up to the Narikala Fortress. You have a wide range of choices and price ranges for lodgings from hostels and guesthouses to more upscale hotels.

* Shatili Khevsureti — this is a medieval fortress village nestled in the green mountains where the locals love catering to the needs of their visitors. The locals celebrate a mixture of pagan and Christian traditions during the year.

* Svaneti — right in the midst of the Caucasus mountains in northwestern Georgia it consists of several small villages constructed on the mountains covered with snow with plenty of Alpine meadows to view. One of the highest inhabited settlements in all of Europe is Ushguli sitting seven thousand two hundred and seventeen (7,217) feet (2,200 meters) above sea level.

* Vardzia — this is a cave monastery built in the twelfth (12th) century in southern Georgia near Aspindza. An interesting note is that it was constructed under the reign of King Tamar who was a woman king, not queen. It took a good-sized earthquake to expose this hidden monastery which was buried for years.

* Uplistsikhe — translated as the “Lord’s Fortress” it is an abandoned three thousand (3000) year old town in eastern Georgia. It was inhabited until the thirteenth (13th) century. All structures are connected by tunnels and you can find traces of a pharmacy, prison, amphitheater, and bakery. A ninth (9th) century church sits on top of the whole area.

* Batumi — this is the second (2nd) largest city in the country and is located on the Black Sea. It is quite modern and near the Turkish border. You have a mixture of Asian and European architecture and it is a very glamorous area.

* Stalin Museum — located in Gori you can visit the former Soviet leader’s home and personal railway carriage. You can gain a lot of historical knowledge of what it was like to live under Soviet control.

* Katskhi Pillar — this building (church) known as the “Pillar of Life” sits on top of a one hundred and thirty-one (131) foot (40 meters) limestone rock. Back in the fourth (4th) century, a religious group called the Stylites thought they would be closer to God by sitting up there. It wasn’t until 1945 that researchers were able to scale this rock and check it out. Amazingly enough, a monk has now been living up there for the past twenty (20) years or so.

* Hitchhiking — this is actually a popular pastime around here, and a regular way to get from place to place. You get to meet a lot of the locals and visitors from around the world as well as save a few bucks on taxis and other forms of transportation. It is good to know Russian or the local language because most of the folks won’t speak English. Also, be ready for some crazy driving as the locals will provide you with quite an adventure.

* Chiatura — this is a small town located between some deep gorges and valleys. It’s a mining town founded in the late nineteenth (19th) century. A system of cable cars known as the “rope road” was put in place in 1954 by the Soviets. It soon became known as the “cable car city”. Currently because of the condition of the remaining ones they are known as the “death-defying metal coffins”. This is a city where you really get the sense and feel of the old Soviet days.

Many Reasons to Visit this Part of the World 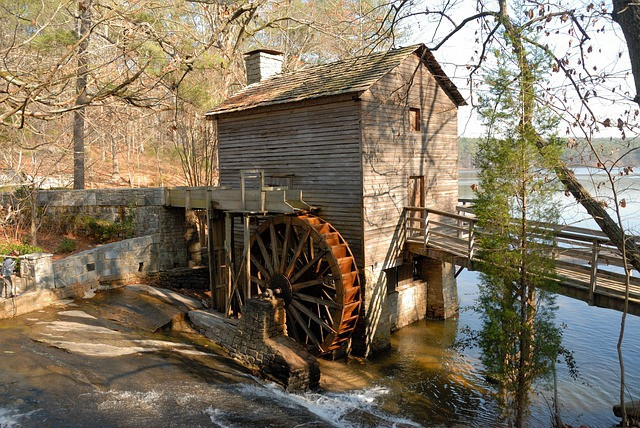 For starters, this is an absolutely beautiful part of the world with so much pristine nature and not a lot of tourist activity at this point. This former Soviet republic is an ideal place to discover much history as well as explore the mountains, villages, and cities filled with welcoming people. Don’t forget to check out the wine region of Kakhetic.

The cuisine is a combination of Mediterranean and Persian with a variety of nuts, aubergines, yogurts, cheese, loaves of bread, and fish. One of the oldest wine regions in the entire world, Georgia is considered the birthplace of wine. Kvevri, an ancient form of winemaking utilizing clay jars, is now part of UNESCO’s Intangible Cultural Heritage List.

One of the best reasons to visit here is the hospitality of the people. Their ancient proverb is called “Every guest is God-sent”. You will be welcomed into the homes of many of the locals and make friends for life.

Adding to all this is the mountain scenery, the country’s remarkable history, spectacular sights, modern cities, country villages, and three (3) UNESCO World Heritage Sites. This just may be a country you desire to put on your destination list.

P.S. For those interested in earning some money while traveling here is my #1 Recommendation for Online Marketing. 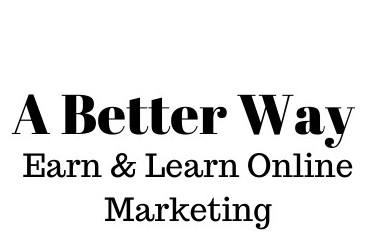 12 thoughts on “Where Is The Country Of Georgia?”