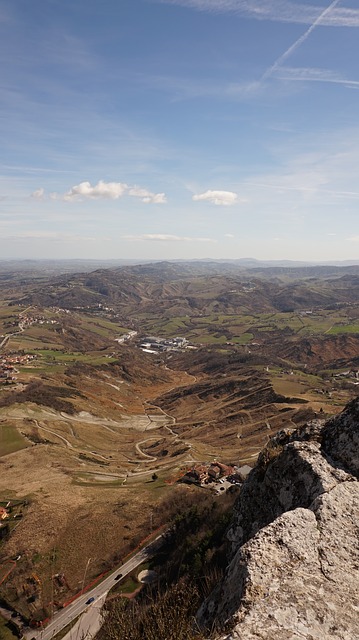 I just happened to come across this location, and I didn’t have a clue as to where it was. I know there is a San Marino, California, but that was not anywhere near where this place was. So I had to ask myself, “where is San Marino?”, and then get busy doing some research. 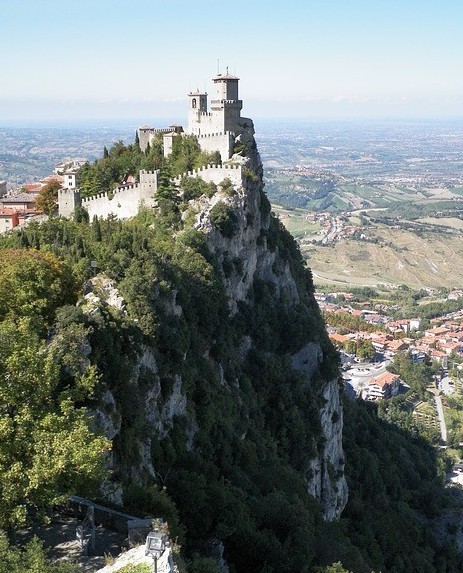 What I found was rather surprising and most interesting. It is another off of the beaten track place in the world that most folks probably haven’t come across. So let’s check it out and first find out where it is, and what is happening there.

So Exactly Where is San Marino?

First of all San Marino is a micro state. Now what is that? Also called a mini state, it is a sovereign state having a very small land area or a very small population. Most of the time it is both.

It is located in Southern Europe on the northeastern side of the Apennine Mountains surrounded by north central Italy. Officially known as the Republic of San Marino, it is also called TheMost Serene Republic of San Marino as well. A few European states have had this secondary title down through the years, and it indicates the sovereignty of the republic.

It is one of the world’s oldest republics with plenty of historic architecture. The capital, also called San Marino, is located on the slopes of Monte Titano. The largest town or settlement is Dogana, which is located in Serravalle which is a municipality.

It is merely twenty-four (24) square miles (61 km), and its population is approximately thirty-three thousand and four-hundred (33,400). This is the smallest population of any country in the Council of Europe, which is separate from the European Union (actually no country has ever joined the European Union without first joining the Council of Europe).

A Few More Facts to get us Started

A Great Place to Visit

Before we get into a few reasons whey this is a part of the world worth checking out, spend a few minutes watching this short video to get a bird’s eye view of this beautiful country.

Especially if you love history, San Marino provides plenty of historic sites as well as much natural beauty. Although it is not technically Italy, it is completely surrounded by Italy, which makes it the perfect place from which to extend your Italian adventure. Also it is not far from the Adriatic Sea.

Here are a few specific reasons to visit: 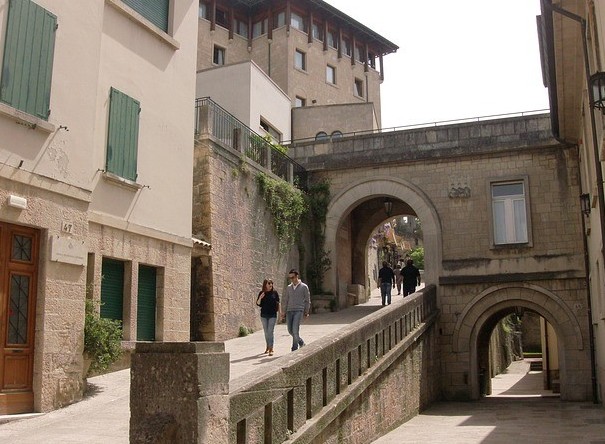 With a capital city by the same name which  has medieval streets filled with many interesting shops and cafes as well as plenty of hills from which to view the beautiful surrounding countryside, it is a hidden gem right in the middle of the hustle and bustle of the more popular destinations in Italy such as Rome, Florence, Venice, and Milan.

This is certainly an advantage for many who travel here and are able to stroll the uncrowded streets and take in the many gorgeous sights from the towers in a more tranquil way. It is a place which most likely will exceed your expectations.

Also the food is great, and the views of the vineyards in the nearby Italian countryside are fantastic. It is so much fun just to walk the streets of this ancient city. They are so clean and the area is so very charming and quaint. You can find a variety of items in the many shops such as sunglasses shops, perfume shops, clothing shops, etc.

Piazza della Liberta is the most popular public square where you can check out the changing of the guard, Palazzo Pubblico (the town hall), and many lovely views. The three (3) towers (Guaita, Cesta, Montale) with fortress walls are fun to climb and catch some delightful views as well.

Add in all the interesting museums as well as Cava dei Balestrieri, where you can view an exhibition of crossbow shooting, and you can keep yourself very busy moving about this small country.

The area of this country is so small that you can check out quite a lot by taking a day trip by car from many outlying areas in Italy. But San Marino is just so romantic, attractive, and charming that it is well worth taking a few days to relax and take in the sights and just relax a bit.

Personally, I enjoy locating out of the way places which are not overly crowded and which offer a wealth of opportunities to learn a new culture, meet many wonderful people, and take in the sights. More popular destinations do have their advantages, but even there I enjoy finding the out of the ways spots where the locals hang out, so that I can immerse myself in the local scene and learn a lot about a different part of the world.

Whatever your particular preference may be in your travels, don’t overlook some of these out of the way places like San Marino, which is a little gem right in the midst of Europe.

>>>>Click Here<<<< Learn to Create a Fun Business which you can Take With You anywhere in the World! 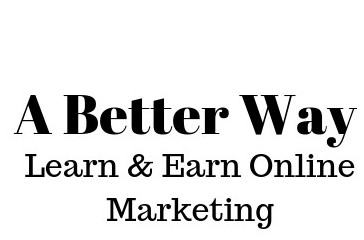