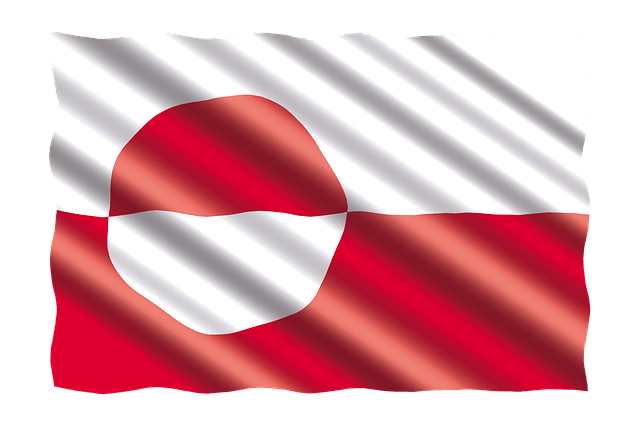 Well, what’s in Greenland? We are about to find out. This is the largest non-continental island [it also has a hundred (100) smaller islands] in the entire world located between the North Atlantic Ocean and the Arctic Ocean. It is mostly ignored by folks traveling over it from Europe to Canada. It is technically part of Europe being a Danish colony.

Iceland is close by and has received a bit more notoriety than Greenland. But by stopping here you will not be disappointed, as you will get your fill of some fantastic scenery that includes ice sheets, glaciers, wildflower meadows, icebergs, and hot springs. You can also get a glimpse of the Northern Lights and experience the midnight sun.

It has been inhabited for the last four thousand five hundred (4500) years by Arctic people who migrated from the area now known as Canada. In the tenth century (10th) Norsemen settled in the southern part of the island, coming over from Iceland. They would later sail to North America under the guidance and leadership of Leif Erikson.

In the thirteenth (13th) century the Intuit people arrived from Alaska via Canada. These were the proto-Intuit or Thule that were the ancestors of the modern-day Intuits. The Thule culture introduced many technological innovations to the area including toggling harpoons and dog sleds.

The area came under Norwegian control in 1261. After experiencing the Black Death, the Norse disappeared in the late fifteenth (15th) century, and Portugal claimed the area in 1499. The Danes came once again to Greenland early in the eighteenth (18th) century and assumed control with Norway, who lost sovereignty in 1814 which dissolved their union.

So the area became Danish in 1814 with Denmark gaining complete control under their constitution in 1953. Although joining the European Economic Community (EEC) with Denmark in 1973, they chose to withdraw from the EEC in 1982 with a referendum that took total effect in 1985.

Having obtained home rule from Denmark in 1979, Greenland obtained additional power with the Self Government Act that came into effect in 2009. The Danish government primarily retains control of the defense, monetary policy, and foreign affairs.

What is There to Do Around Here?

For the adventure-minded and outdoor enthusiasts, this is a great place to check out and explore. Snow-covered mountains, beautiful lakes, stunning views, and landscapes are just the beginning of what you will experience here. Their culture and the amazing people who have a lust for life is most evident.

Here’s a short video to get us started:

* Dog Sledding — this is quite an experience you can have during the winter months. Dress warmly and be prepared for the climate of the Arctic Circle. It is worth experiencing even though you have to deal with some cold weather conditions. The dogs have a sixth sense that guides them along the way and keeps them from venturing off into areas of thin snow that can be dangerous. Most towns of the east coast will offer this as well as towns above the Arctic Circle on the west coast.

* Ilulissat Icefjord — here at this UNESCO World Heritage Site, you will find thousands of icebergs of different sizes and shapes as well as Sermeq Kujalleq, which is the fastest moving glacier on the planet. You can access this area by plane, helicopter, or ferry. Viewing the icebergs from multiple angles will give you a good perspective of their size, shapes, and changing hues.

* Katuaq Cultural Centre — located in the very center of Nuuk, the architecture of the building quickly attracts your attention as it looks like a piano. This is the main area of the cultural scene where you can learn much about this wonderful area. There are numerous art exhibits as well as video presentations for both adults and children. This is the place to be to educate yourself on the culture, history, and customs of this country.

Sermersooq municipality. You will depart on this underwater adventure under the guidance of PADI OWA certified divers. In the winter you get an other-worldly experience of lights under the water. During your dive, you will see icebergs up close as well as some shipwrecks. Other than that there are many species of fish, whales, and plant life to check out.

* Aurora Borealis — dress warmly as you venture out in the middle of the night to view this phenomenon in the clear winter sky. This sight can be experienced throughout the country, but an ideal place would be the area of Kangerlussuaq near the airport. The Northern Lights is an experience you will never forget.

* Skiing — there are numerous places to ski the snow-covered mountains throughout Greenland. You can actually ski from the tip of an ice cap to the coast. Although the most popular place to ski is the Eternity Fjord, check out the town of

Maniitsoq on the west coast for some excellent skiing conditions.

* The National Museum — an excellent place to learn about the local traditions and culture. Located in Nuuk, you can explore the history that goes back forty-five hundred (4500) years. Many stories from the past about the times during the Stone Age, the Norse inhabitants, the Thule culture, the first Intuits, and much more. You can see traditional clothing, mummies from the Northwest part of the island, and the oldest and largest skin boat.

* Kayaking — dating back four thousand (4000) years, the kayak is considered one of the oldest means of transportation. Even today it is used by many Intuits as their main way of getting around. You can enjoy this activity throughout the island. The most popular place is the Blue River which starts at the Petermann Glacier.

* Sarfaq Ittuk — this is the country’s main and only ferry boat run by the Arctic Umiaq Line, and used to get around by locals rather than flying. Here you can mingle with the locals and learn more about their culture. The Intuits are happy to share their lifestyle as well as many interesting stories about different areas and people. During the summer you can take walking tours of the cities and towns where the ferry stops.

* Arctic Circle Trail — Connecting the Kangerlussuaq settlement with the village of Sisimiut, this trail extends about ninety-nine (99) miles (160 kilometers) and takes approximately eight (8) to ten (10) days to complete the entire trail. Spending the night under the stars is very peaceful amongst the untouched wilderness. You will hike along large lakes, through narrow valleys, tundra, and low-lying hills. Just make sure you are well-prepared and well-stocked with survival necessities.

* Hot Springs — they are numerous throughout the country with the most popular ones being on the island of Uunartoq. The springs are heated by geothermal subsoil and not volcanic activity. 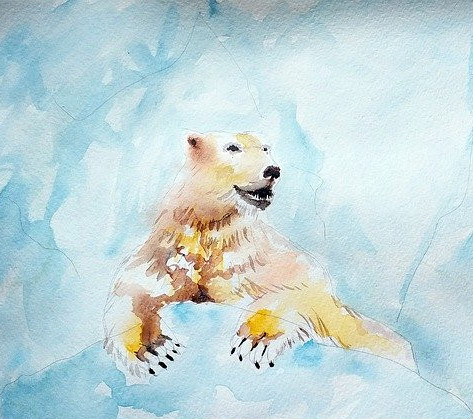 Now for sure, this will not be your normal type of vacation, but if you love the outdoors and are willing to rough it a bit, this can be an experience of a lifetime. Even if you prefer the less adventurous side of things, there is plenty to do in the towns and cities, and meeting the people and learning the culture is well worth the trip all by itself.

In addition to all the winter sports, glaciers, hot springs, and the peace and solitude you will experience, it is also a very safe place to visit with virtually no crime. The capital of Nuuk in only about fifteen thousand (15,000) people with no slums or areas of town to avoid. Although you can trip around at any time during the day or night, just like anywhere use common sense.

Experiencing the country and Arctic wildlife by sled is a rather unique adventure. Seals, Minsk whales, reindeer, eagles, polar bears, and even an Arctic wolf can be found roaming through the wilderness. It will be an adventure of a lifetime for sure.

For those seriously considering Greenland as a possible destination, here is a list of a few Hotels to give you an idea of what is available. I look forward to your comments and thoughts on this part of the world.

P.S. For those who would enjoy traveling and earning a few bucks along the way, here is my #1 Recommendation for how to do just that.