Visiting and living in Malta has been on my radar because of a friend I met several years ago in San Francisco who worked in the same office building. He was born in Malta and shared many interesting stories about living in Malta. 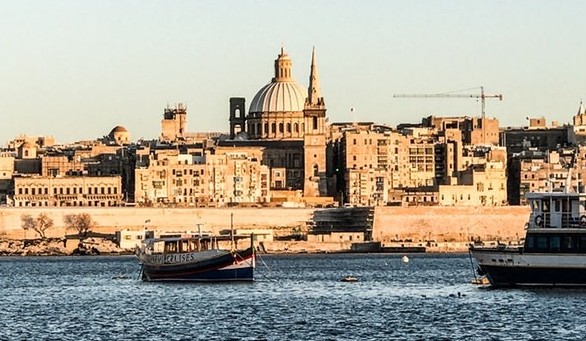 For those who are already familiar with this area, I look forward to sharing some additional insights. For others, this may be a new area of the world which you may choose to explore at some point in time.

Where the Heck is Malta?

Actually, Malta (officially known as the Republic of Malta) is in Southern Europe. It is an archipelago, or group of islands, located between the North African coast and the island of Sicily in the Mediterranean Sea. It has a long history as evidenced by many historical sites including temples, burial chambers, and fortresses.

Maltese society is a mix of many cultures as a result of being ruled by many foreign entities down through the years. These include Greeks, Sicilians, Arabs, Aragonese, French, Swabians, Normans, Romans, Phoenicians, Hospitallers, and British.

The country consists of five (5) islands with Malta being the largest. The others are Comino, Gozo, the uninhabited islets of Kemmunett (Comminotto), and Filfla.

While its population is around 475,000, Maltese is its national language with English, also an official language is widely spoken as well. Its capital is Valetta. In 1815 Malta became a British colony and was considered a strategic naval base. In 1964 Malta gained independence from the United Kingdom and became a Republic in 1974. Since its independence, it has been a member state of the United Nations and the Commonwealth of Nations. After joining the European Union in 2004, it became part of the Eurozone Monetary Union in 2008.

The climate is of the Mediterranean variety with summers which are hot and dry, in the fall it is warm with sporadic rain, and winters bring cooler weather with plenty of rain (majority of rainfall is between October and March). The average temperature throughout the year is in the mid-60s F (which is 19 C). Year-round the temperatures will vary between mid-50s F (around 12 C) and mid-80s F (around 29 C). The humidity averages around forty (40%) percent, and it does get a bit windy throughout the year.

With all its architectural and historical sites, warm weather, and a plethora of recreational areas and activities, it is no surprise that it is a vacation destination for many folks. Add to that their golden sand beaches and absolutely gorgeous coastline, and you have many views and landscapes to occupy your time. 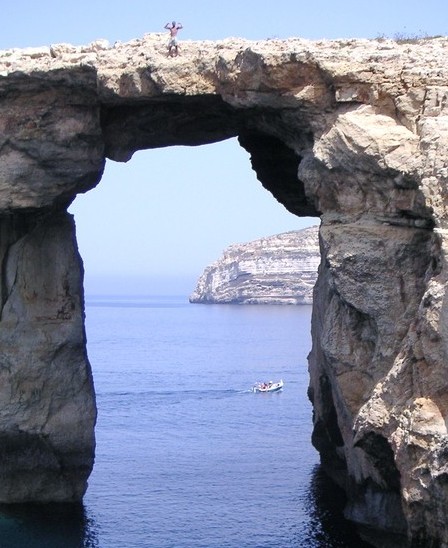 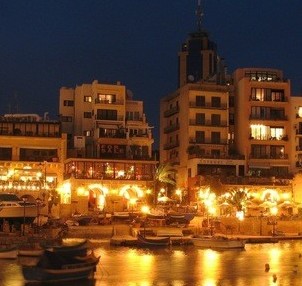 While most of the hustle and bustle and action can be found in the capital city of Valetta, there are other areas that provide plenty of sights and activities. For families, St. Paul’s Bay, Qawra, and Bugibba, located further north on the island, are a cluster of villages ideal for family holidays. Malta National Museum is in the area along with a number of water parks.

There is a resort in St. Paul’s Bay with plenty to do for folks of all ages, and Bugibba is a small town with a good selection of restaurants, bars, and cafes along the sea. Qawra is also popular with travelers with a good amount of restaurants and hotels.

If you’re looking for an active nightlife with lots of good food, music, and drink Valetta is the place to be. There are many upscale wine bars such as Trabuxu, traditional Maltese restaurants like Palazzo Preca, and plenty of live music.

This is a city filled with very attractive baroque architecture whether it is the sixteenth-century Church of St. Paul’s Shipwreck, the National War Museum, or St. James Cavalier, a several hundred-year-old forts transformed into a contemporary arts center.

There is plenty of state-of-the-art contemporary architecture as well in Valetta such as the new Parliament Building, City Gate, and an open-air theater built on the grounds of the Royal Opera House which was destroyed during World War II. 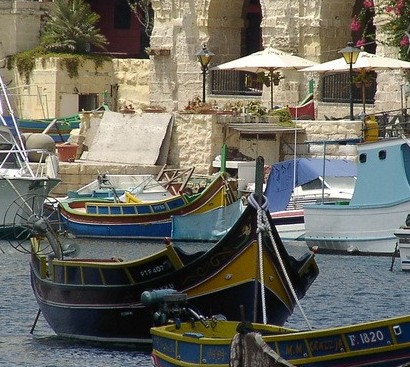 Based on work-life balance, job security, and career options, Malta is rated very high. In fact, it is ranked as the best place to work in terms of overall job satisfaction in that part of the world. Previously Germany, Luxembourg, Norway, and Sweden ranked extremely high, but Malta has taken the lead. Ex-pats enjoy the working conditions, lifestyle, and climate of the area.

With its low cost of living, attractive lifestyle, friendly people, mild weather, and its natural beauty, Malta is on the radar of many professionals and retired folks from many countries. Leisure and entertainment are what attract many to this island.

Information technology, online gaming, retail, and trade are some of the industries which attract ex-pats. Other areas of employment are government, hospitality, finance and banking, telecommunications, entertainment, catering, recreation, diving, and translation.

Unemployment rates are low and privatization and free enterprise are stressed by the government. The pay scale is lower than other EU countries and the USA, but the tax rates are lower [fifteen (15%) to twenty-five (25%) percent for incomes up to $60,000. They also have double taxation treaties with several countries to offset taxes paid in one country.

There are people from many countries in Malta with diverse backgrounds with whom to interact. Folks from Australia, UK, Asia, the USA, and Canada can be found here.

Healthcare is ranked very high in Malta, amongst the very highest in the world. They are ranked fifth (5th) worldwide on healthcare standards. Anyone paying into national insurance, including expats, receives free public medical services. It’s also been ranked as third (3rd) best place worldwide for seniors to retire.

The crime rate is low in Malta, and it is a very safe place to visit or live. There have been no terrorist attacks in Malta for many years. But as in any country, it is wise to always have your radar on especially in tourist areas as to guard against pickpocketing and other scams.

Overall, the Maltese people are very friendly, generous, and helpful. Some shops may be closed on Sunday due to Malta being a predominantly Roman Catholic country. Don’t be offended when it sounds like the locals are shouting at you as they tend to naturally speak loud. When visiting heritage sites and churches dress respectfully. Maltese also take politics seriously eager to discuss ways to improve democracy and ways to govern. Also use a person’s full name when introduced, as it is considered rude to shorten names.

A Place to Retire or Live

With its many interesting sites, comfortable climate, and friendly people, Malta may well be worth putting on your bucket list of destinations, or even an interesting place to live and/or retire.

Since English is predominantly spoken, it is easy to communicate with locals as well as ex-pats.  It provides a slower pace of life than many other areas of the world but still has plenty to see and do.  Employment opportunities are available in many industries, which makes it an ideal location for folks in various stages of life.

Whether you are looking for an interesting place to visit, a change of lifestyle, or a retirement haven, Malta definitely deserves your due diligence.  My Maltese friend in San Francisco always said that “I left my heart in Malta”.

For those searching for an ideal Suitcase Business which can be operated anywhere in the world here is my Top Recommendation. 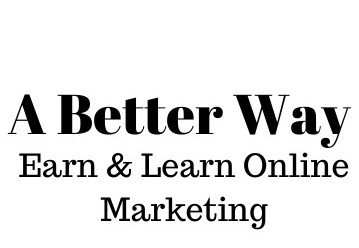 10 thoughts on “Visiting And Living In Malta”