For many years I have heard many people say “travel Belize”, but I was never motivated to check it out. But last year some very close friends of mine bought some property there and are now living in Belize.

This has inspired me to learn more about this country in Central America. 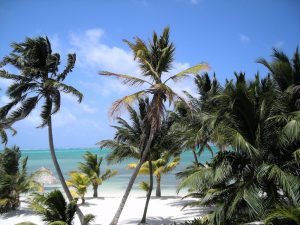 Belize is located on the eastern coast of Central America. It is on the Caribbean Sea bordered on the west and south by Guatemala, and on the north by Mexico. Formerly the British Honduras, it is now an independent Commonwealth state. Belize became independent on September 21, 1981. It is a parliamentary constitutional monarchy. The capital is Belmopan.

The currency is the Belize dollar.

It has a wide diversity of ecosystems both marine and terrestrial. It has extensive barrier coral reefs. Having a wide range of climate and habitat for plant and animal life, the country has a rich variety of wildlife. There are over five thousand (5000) species of plants, and hundreds of species of animals which include snakes, monkeys, jaguars, and armadillos. 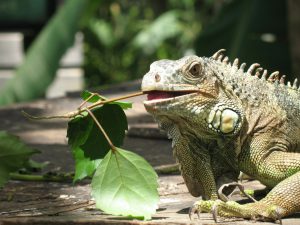 While over half the population is multilingual, English is the predominant/official language, Spanish is the second most spoken language. Belizean Creole is the unofficial native language. The area is influenced by the Mayan culture.

It has a private enterprise economy consisting of tourism, merchandising, construction, agro-based industry, and the export of petroleum, crude oil, and agriculture.

Its population growth is the second highest in the region.

The country has a tropical climate with extreme wet and dry seasons. On the coast temperatures are around 75.2 °F (24 °C) in the winter, and 80.6 °F (27 °C) in the summer. As you travel inland temperatures are a little higher, but in the southern highland plateaus (Mountain Pine Ridge) it is cooler year round.

The seasons vary much more by humidity and rainfall than temperature. It rains much more in the south than the north and west of the country.

Hurricanes have occurred over the years in Belize.

There are over four hundred and fifty (450) offshore islands (Cays) which provide many activities such as scuba diving, snorkeling, and some real good fishing. There are many rivers as well for kayaking and rafting. Hiking and bird watching is ideal in the many wildlife and jungle reserves with plentiful flora and fauna. 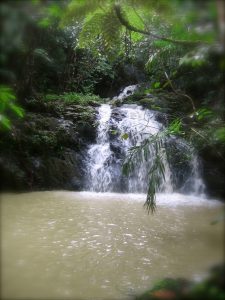 The Great Blue Hole lies off the coast of Belize and is one of the most amazing marine attractions anywhere. You can charter a boat to check this out as well as do a little island (caye) hopping.

Belize has the largest cave system in Central America. Helicopter touring is popular and there are numerous Mayan sites to explore. The jungles can be explored by horseback.

In the cities it is wise to be careful. Belize City can be dangerous as violent gang related crimes do occur. Like anywhere else use common sense and get a feel for the place by talking to the locals. Others areas of Belize are generally safe.

Tourism is a billion dollar industry for Belize with most arrivals from the United States.

Belize has a wide variety of foods based on a mixture of all ethnicity in the country. It is similar to Mexican/Central American and Jamaican/Anglo-Caribbean cuisine.

Homemade fry jacks and tortillas are common for breakfast with a variety of cheeses, eggs, cereal, and refried beans. For beverages there are powdered milk, coffee, and tea.

Meals are more simple out in the rural areas. Vegetables,seafood, beans, maize, and squash are most prevalent.

There are plenty of restaurants and fast food establishments throughout the country at moderate prices. Steak is a quite common dish.

Belikin is the national beer and comes in four varieties. Rum is popular in Belize, but if you like wine there is cashew wine ginger wine, sorrel wine and blackberry wine.

Some businesses close at midday for lunch since meals are a sense of community for families and schools. There are plenty of local fruits in the markets, but raw vegetables are less common.

Bottled water is necessary in most areas, and unless you eat at tourist or resort restaurants dysentery is a possibility.

Punta music is very popular in Belize. It is a genre of Garifuna music which is Afro-Caribbean. Brukdown is the modern style of Belizean music which is related to Calypso. Also popular are Soca (imported from Jamaica and the West Indies), dancehall, Reggae, hip-hop, rap, heavy metal, and rock.

There are museums and plenty of nightlife in the resorts and larger cities. 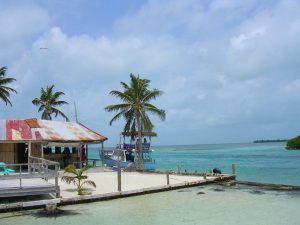 Belize is a most interesting place to go. There are a variety of things to do, and once you venture away from the tourist areas, the Belizeans are some of the most laid back and relaxed people you will find anywhere in the world.

It is a slow pace of life. Eye contact and a pleasant greeting will go a long way in relating to the locals. In the rural areas people enjoy casual conversation. The Maya communities are a bit more reserved.

Belizeans are very formal in professional settings and refer to colleagues as Mr/Miss (even married women are called Miss).

The people are very religious (mostly Christian) and it is important to respect this in regard to any religious ideas or opinions you may have. Sunday is a day of relaxation, and most businesses are closed as people stay home with their family.

Run an Online Business while you travel to interesting places like Belize and other parts of the world. Click here for My Review of a Comprehensive Online Training Platform!

May you enjoy your travels!