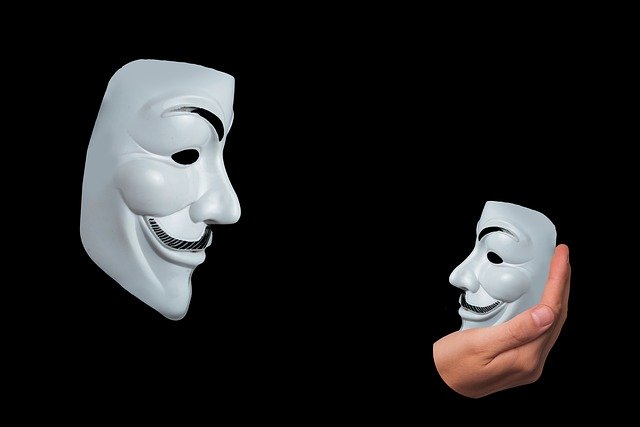 The power of critical thinking is very much overlooked and underutilized in this day and age. There are many reasons for this which I would like to explore, as well as some possible ways to restore this valuable asset, which is a tremendous aid to our decision-making process. 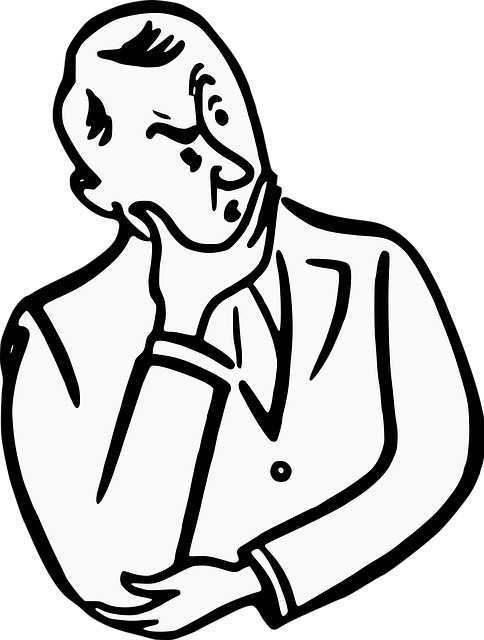 By merely researching and reading some of the past geniuses in their respective fields, it becomes blatantly obvious that they were all critical thinkers. Let’s now dig a little deeper into this fascinating subject, which has the potential to pay tremendous dividends to us all.

The Power Of Critical Thinking — What Exactly Is It?

A standard definition of critical thinking would be evaluating a subject or issue in an objective way with the intention of forming some sort of judgment about said issue or subject. In other words, doing our due diligence before deciding on a course of action.

This involves digging deep into the pros and cons of a subject matter and reasoning things out. It is a valuable tool in problem solving and decision-making. It is giving deep thought to a topic or issue without any preconceptions one way or another. This doesn’t mean that we don’t have any preconceptions, but that we consciously put them aside during our analysis.

“I don’t want people to say, ‘Something is true because Tyson says it is true.’ That’s not critical thinking.”

The key to this type of thought is that it promotes independent thinking, and makes us less vulnerable to folks who may not have our best interests at heart. This may be a telemarketer, a newscaster or reporter, a government official, a business tycoon, or anyone else with an invisible agenda designed to benefit them rather than for the overall good of the people they serve.

This in itself makes it a very valuable trait to develop. It may be more accurate to say “rediscover”, as when we were young we did not accept things immediately at face value. We always drove people crazy by asking “why”. This just may not be a bad habit to put back into place.

One thing is for sure when we apply this type of thinking we end up making better decisions. We cannot help doing so because we have objectively reviewed both sides of the issue, and have dug “deep enough” to get at the core of the matter.

Why Is Critical Thinking So Hard To Do?

Since most folks do not employ this type of critical thought, or at least not on a regular basis, there must be some reason that only a few people do so. And as it turns out, these are the doers and change-makers in the world, who have and are making a significant impact in all aspects of life.

Since we were young, unless we grew up under ideal conditions, we have been indoctrinated by family, religion, government, friends, and relatives, and education to accept what we were being told as true. It became obvious over time that there was no need to investigate any further as we were constantly reminded that, “we’ve got you covered”. With this type of “brainwashing” during our most formative years and well into adulthood, is it any wonder that we do not think for ourselves, even when we think we are?

Under these circumstances, we first have to become aware that things may not be what they appear to be, and then make the commitment to do some sustained investigative thought. Not so easy to do when we have formed the opposite habit all of our lives.

“There is no labor from which most people shrink as they do from that of sustained and consecutive thought; it is the hardest work in the world. This is especially true when truth is contrary to appearances. Every appearance in the visible world tends to produce a corresponding form in the mind which observes it; and this can only be prevented by holding the thought of the TRUTH.”

The power of conditioning is very strong as once our beliefs and the way we perceive the world are in place, it takes sustained effort to change. This is because we have all the so-called “proof” to back up our observations, so it is useless to try to convince us differently.

There is a saying that goes along the lines of, “give me a child until he is seven and I will show you the man”. This was attributed to St. Ignatius Loyola as well as to Aristotle. This just reaffirms the power of conditioning.

The Power Of Critical Thinking — So What’s the Answer? 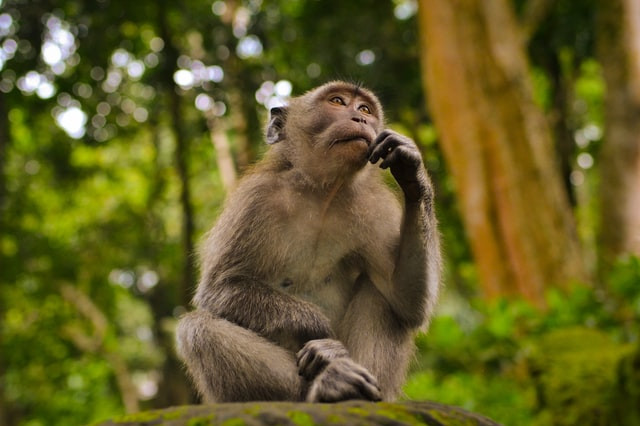 Given all of our past conditioning, and all the reinforcement of it within our society today, is it any wonder that critical thinking has taken a backseat to acquiescence and obedience to “supposed authority figures”, whether they are telling us the truth or not? Once we dig a little deeper into this subject, it becomes a rather sobering experience.

For starters, it would help tremendously to get back into the habit of asking “why” and not just taking things for granted. This involves asking a series of good basic questions around the topic which we are addressing. This requires us to be open-minded about any subject that we are investigating.

We can then begin to be neutral concerning our own thoughts through this investigative process. When we do this, we can more easily become aware of the amount of “accepted fiction” on which we have been basing our decisions and subsequent actions.

Being aware of “what” we are thinking is a major step in breaking free from our self-imposed prison of thought. At this point, more enlightened thoughts will begin to emerge. Although we may continue to consciously or unconsciously push them aside, at least they are showing up within our awareness. We are beginning to Watch What and How We Think so that we can learn “How” To Think.

As we become more aware of the biases within our thought processes, we will start to change how we look at things. Our perceptions are changing, and we are beginning to see them much more clearly.

All of this stuff comes down to being willing to look at all angles of a situation or topic, and not getting pigeonholed into believing what we think is automatically true. This gets back to asking good questions, and then objectively evaluating the pros and cons.

What About Our Intuition?

When we have done the groundwork of taking an unbiased approach in evaluating a topic under consideration, we are then more open to creative thought. We have eliminated much of the mental debris which gets in the way of our intuition naturally kicking in.

Making way for our intuition is such an important factor, as it allows us to access knowledge that is not just “rehashed” thought. It comes from the part of ourselves that “knows better” than us just trying to figure stuff out.

It is such a fascinating and remarkable part of our being that it is still a mystery to science. Lying in the in-between zone of our emotions and rational thought, its very unpredictability accounts for its mysterious nature. Science has messed around with this concept for quite some time and will continue to do so.

What is important is its ability to provide us with some astonishing revelations regarding our present needs and challenges. In fact, it is able to bypass our concrete rational, logical minds, and get right to the essence of the subject at hand. It is beyond language, and taps into our emotional, feeling nature. When it goes against our rational thought, we know we are on the right track.

Scientifically, it has been traced to the part of our brain where the pineal gland is located. Showing up in moments of inspiration, it ignites our vision and allows us to see beyond the ordinary. Our intuition is actually a meeting place for our mental, emotional, psychic, and spiritual factors.

It is important to realize that by developing our critical thought and investigating topics of interest and concern in a rational and logical way, this will open up our creative abilities especially when we take the time to “pause and reflect” on our prior thoughts. Much intuitive insight occurs at those moments we are relaxing or involved in enjoyable activities. It is as if we are being rewarded for our prior research.

It can take a bit of time for us to get used to receiving and actually paying attention to these intuitive insights, given our prior training and indoctrination through much of our lives. But when we understand and see the practical usefulness of this knowledge, we will then release the resistance and buy-in.

It’s important to pay attention and write down the first thing that pops into our mind, or else it will fly away and we will not remember it. Let’s just get it recorded and then we can verify it later.

The Power Of Critical Thinking — Let’s Sum Things Up 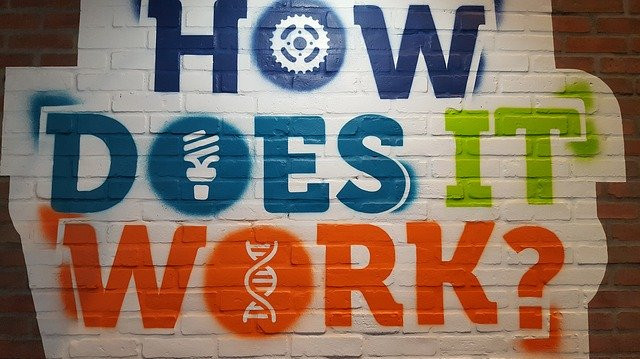 Critical thinking is an integral part of creating an authentic and meaningful life for ourselves, our families, and others within our reach. It is an unwillingness to “be told” what is or is not, and find out for ourselves “what’s really going on”.

As I mentioned previously, this was a natural part of our existence when we were very young. It only made practical sense for a child to ask “why”. Let us begin to remember more of those moments, and apply them to our current lives.

Doing so is not only beneficial in a practical way, but it greatly simplifies the problem-solving process when confronted with challenges. Also, it is our “Wake Up Call” which ignites many other aspects of ourselves, that we have pushed aside and forgotten.

One of these aspects is our intuitive factor. Once enough debris of “borrowed thought” has been eliminated, it will make way for our intuitive sense to break through and actually enter our awareness. At that point, it does not matter if we buy in and believe it or not. The mere fact that we are listening is sufficient and a major step in the right direction.

I encourage all of us to rediscover those parts of ourselves long forgotten, but so critically important. Also, let’s have fun with this process. Being overly serious will only hold up back from breaking free, and discovering the magic and miracles which presently exist all around us. Seeing beyond the illusion of our past beliefs and conditioning will reveal a world that will simply blow us away.

Let’s finish up with a quote from the German philosopher, Arthur Schopenhauer,

May we all rediscover our “Inner Presence” that is just waiting for us to open the Way for its arrival, 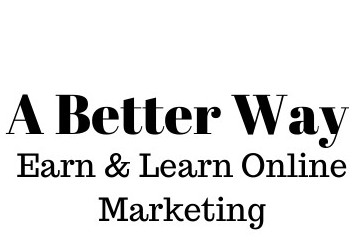 12 thoughts on “The Power Of Critical Thinking”