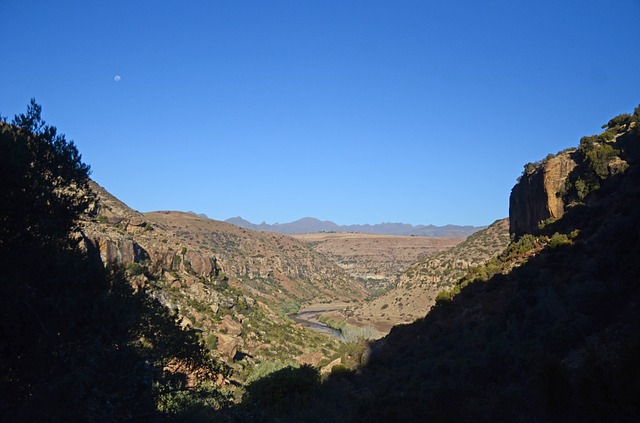 The Kingdom of Lesotho is what is called an enclave, since it is completely surrounded by South Africa. It was previously the British Crown Colony of Basutoland. Let’s find out a bit more and determine why visit Lesotho. 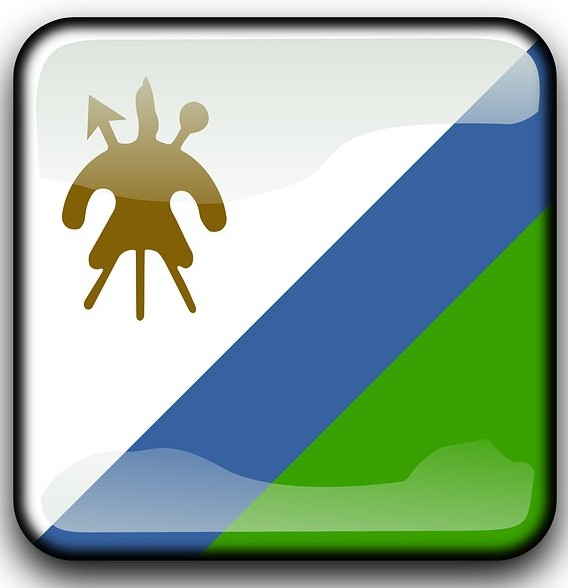 Lesotho was under British rule from 1869 to 1966,. After gaining its independence, it gained membership in the United Nations, Southern African Development Community (SADC), and the Commonwealth of Nations.

The word “Lesotho” translates to “the land of the people who speak Sesotho”.

The government is set up as a parliamentary or constitutional monarchy. The current Prime Minister is Tom Thabane, and is the King is Letsie III.

The climate is on the cool side because of its elevation. It is the only independent state in the world with an elevation in excess of one thousand (1000) meters (3281 feet). Its lowest point is the highest in the world at four thousand five hundred and ninety-three (4,593) feet (1400 meters), with over eighty (80%) percent of the country exceeding five thousand nine hundred and six (5,906) feet (1800 meters).

Summer temperatures in the lowlands are around eight-six (86 F) degrees (30 C), while in the winter Nineteen (19 F) degrees (-7 C) is not uncommon. It is quite coller in the highlands [zero (0 F) degrees (-18 C)] with plenty of snow between May and September with the higher peaks having snow year round.

In this part of the world there is obviously a variety of wildlife. This includes seventeen (17) species of reptile (snakes, lizards, geckos), the endangered white tailed rat, three hundred and thirty-nine (339) species of birds, and sixty (60) mammal species. Because of the mountainous terrain, the flora in this area is Alpine. To observe a large collection of medicinal plants and flora, check out the Katse Botanical Gardens.

The first official and administrative language spoken in Lesothos is Sesotho. It is the main language spoken by the Basotho people. English is also widely spoken as well.

The population is ninety-five (95%) percent Christian.

The economy is based primarily on manufacturing, mining, livestock, and agriculture. Being surrounded by South Africa, both countries have strong financial and economic ties.

The national dish is Motoho. which is a fermented sorghum (cereal grain) porridge. The cuisine consists mainly of African traditions, but it does have a British influence as well. The majority of the families raise their own livestock and food. Locally brewed beer and tea are beverages of choice.

The currency is the Loti, but the South African Rand is generally accepted as well. (LSL equals One (1) ZAR)

Now Let’s Find Some Things To Do

Check out this short video to give you an idea of what the area looks like as we describe a few of the more popular things to do:

Because of its elevation Lesotho is called “Kingdom in the Sky”. Its mountainous topography provides plenty of outdoor activities and adventures. A relatively new slogan for the country is “an unexpected high”. By the way, it does have the highest peak in Southern Africa and the highest bar/pub in the entire continent of Africa. Both are at eleven thousand four hundred and twenty-three (11,423) feet (3482 meters).

The Kome Cave is a village of cave dwellings which were used by past generations of the Basotho people to escape and hide from cannibals in the area. They are under towering rock formations, and descendants of the people who built the caves two (2) centuries ago still live there.

Thaba Bosiu was once the capital of Lesotho. It is a three hundred and ninety-three feet (120 meters), and is a plateau, which is one of the most important historical sites in Lesotho. It was a place of protection, or natural fortress, in dangerous times while it was not uncommon to be under seige. You will find much of Leotho’s past here, where you can personally experience traditional village life. After you climb the mountain, you can rest up a bit as there is a great place for lunch.

High in the Maluti Mountains you will find the Katse Dam which was built as part of the Lesotho Highlands Water Project. It is the highest and second largest dam in Africa. The second largest dam in Lesotho is the Mohale Dam, which is the highest concrete-faced rock-filled dam in Africa. In order to get this dam built an entire mountain was crushed. This area of where the dams are located are a great place to spend time for a hike, a canoe ride, or even a pony ride. It is also a great place for a picnic. This is such a beautiful area that the ride getting there is worth it for all the gorgeous views. 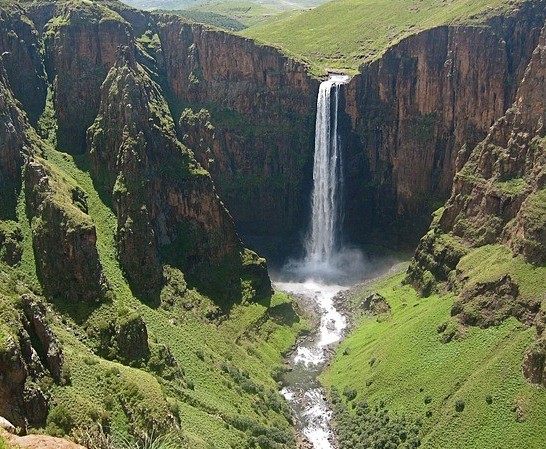 Abseiling or repelling is a fun adventure activity for many who visit this area. The highest single drop waterfall in Southern Africa is located in Semonkong. The Guiness World Record for the highest commercial abseil point is Maletsunyane Falls. Adventure seekers from around the world are attracted here with its six hundred sixty-nine (669) foot (204 meters) drop.

Don’t forget that with the high elevation around here the Skiing is great. June through August is the best time. The ski slopes are in the Maluti Mountains in the Oxbow area and are only about three (3) hours from Maseru.

Lesotho is the envy of many other African countries because of the amount of water it possesses both for commercial revenue producing use, as well as offering a variety of Water Sports. Whether you want to take an occasional swim, go trout fishing, sail a small boat, or get into a more extreme agenda like white water rafting, you will find plenty of opportunities around here.

One way to check out the scenery through the gorgeous mountain ranges is Pony Trekking on the Basotho pony. Travel through both the highlands and lowlands in order to get a good feel of what this country is all about. You will come across many of the locals who still live in thatch and stone huts.

Finally, another way to take in the magnificent sights of this country is by Hiking. You can hike or camp anywhere around the area and explore the rugged terrain and the natural beauty. You will find a variety of hiking trails in the national parks, such as Bokong Nature Reserve, Sehlabathebe National Park, Sani Pass, and Ts’ehlanyane National Park.

Now for those who prefer city life there is Leotho Sun Casino which is located on a hillside overlooking Maseru. The accommodations are stylish, with views of the mountain ranges. Gourmet meals can be found in any of the several restaurants, and there is a fun bar scene as well. They also have a convention center for conferences and events. And of course, there is plenty of gambling to be done for those so inclined.

A Few Things to Keep in Mind 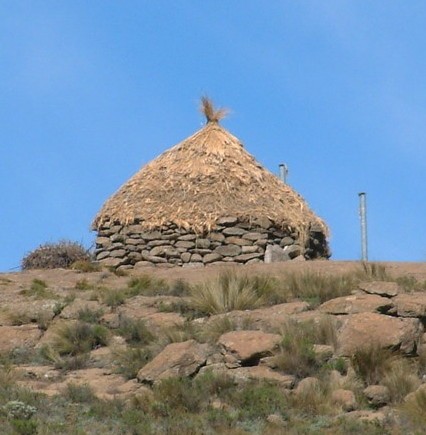 South Africa has some new tourist rules so be advised that by visiting Lesotho or Swaziland you do not get any additional days added to your South African visa. In other words, visiting neighboring or internal countries and then going back to South Africa does not qualify as leaving South Africa for visa purposes.

Also if your are entering Lesotho in a vehicle which you do not own, you have to get a Letter of Permission from the rental company or owner of the vehicle. There is a small road tax fee of about two dollars and fifty cents ($2.50).

There are thirteen (13) border crossings from South Africa into Lesotho. Always check your visa requirements before taking off since some crossings require 4×4 vehicles, and not all crossings are open twenty-four (24) hours.

If you are driving from Johannesburg it is about two hundred and sixty (260) miles (420 km) and takes about four and a half (4 1/2) hours. By air Moshoeshoe I International Airport is the main airport to get to Lesotho.

Plenty to Keep You Busy

This is an interesting part of the world to check out, and you will find the people and culture quite unique and quite different from their surrounding neighbor of South Africa. While this is most certainly a place for folks who enjoy outdoor activities, there is also plenty to do in the city as well.

Maseru has about three hundred and thirty thousand (330,000) people with plenty of shops, restaurants, and historical sites such as the Dinosaur Footprints. Maseru Central Park is a local gathering place. There are beer tasting tours, the Lesotho National Library, the National Museum, Katse Botanical Gardens, the Royal Palace, Makoanyane Square, Our Lady of Victory Cathedral, Morija Museum and Archives, and Pioneer Mall for the shopping enthusiasts.

This is most definitely an out of way place hidden right in the midst of South Africa, which can provide a wealth of enjoyment. Check it out and add it to your travel plans if you feel so inclined.

>>>>Click Here<<<< For the Suitcase Lifestyle of Working from Wherever in the World you so Desire. 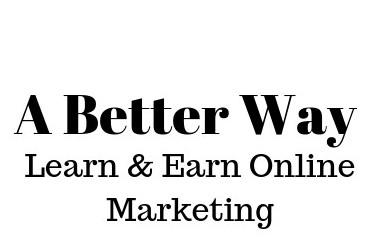