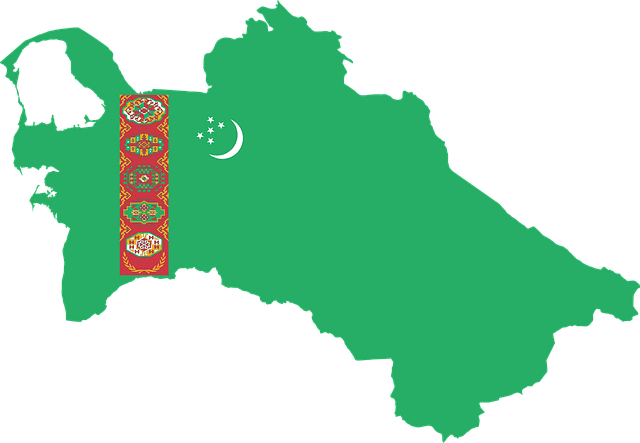 One of the most famous attractions in this country is called “the Door to Hell”. That should give you a hint of what to expect.   By the way, that door represents a burning gas crater near the town of Derweze (or Darwaza). It has burned consistently since the early 1970s due to a collapse of a gas field into an underground cavern, and the concern over the methane gases escaping so it was ignited. Well, where is Turkmenistan located anyway? 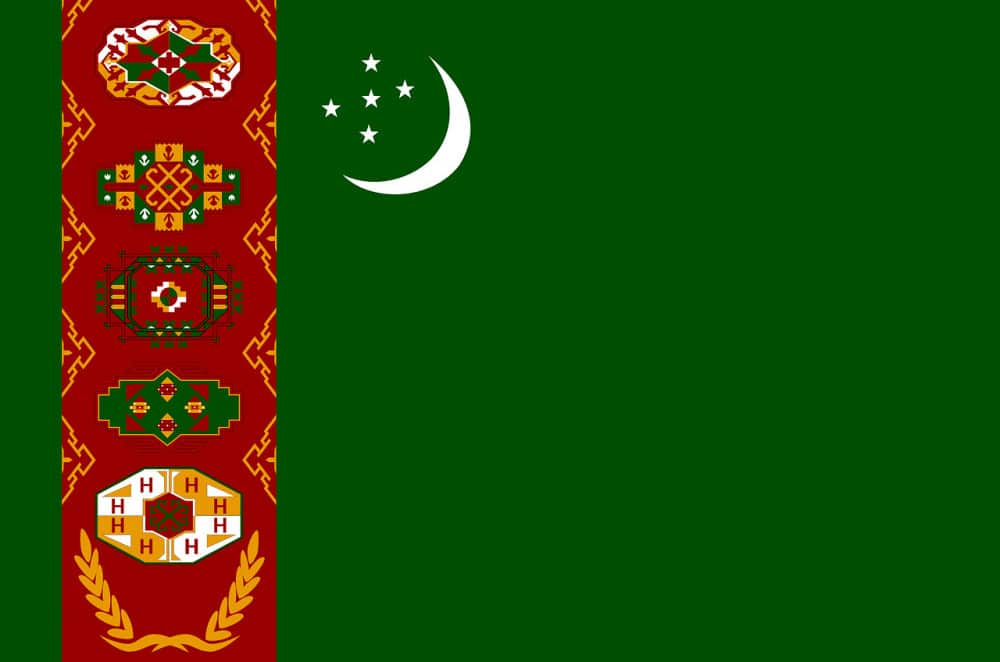 It’s a sovereign country in Central Asia that borders the Caspian Sea to the west and widely recognized for its archaeological ruins along the famous Silk Road trade route. A majority of the country is covered by the Karakum (Black Sand) desert. The capital is Ashgabat which was rebuilt Soviet-style in the middle of the twentieth (20th) century. It is also bordered by Iran to the south, Afghanistan to the southeast, Kazakhstan to the northwest, and Uzbekistan to the north and east.

It has historically been inhabited by the Indo-Iranians. A part of the Oghuz tribes that migrated from Mongolia to current Central Asia in the eight (8th) century AD comprises the ethnic base of the modern-day Turkmen population.

The name “Turkmen” came into prominence in the tenth (10th) century as the Oghuz tribes accepted Islam. The Turkmen were scattered about in the twelfth (12th) century by the Mongols. From the sixteenth (16th) through the eighteenth (18th) centuries the nomadic Turkmen tribes remained independent.

Russia began occupying the territory late in the nineteenth (19th) century. It was annexed into the Russian Empire in around 1881. The Turkmen Soviet Socialist Republic was formed in 1924. The nomadic lifestyle of the people dissipated and was pretty much gone by the late 1930s due to the reorganization of agriculture by the Soviets.

The country was not prepared for its independence in 1991. Communism was replaced with a form of independent nationalism, and the president was put into place pretty much for life, and dissenting government officials and organizations were purged as well as restrictions were put on the media. These arbitrary policy changes continued with the closure of rural libraries and hospitals outside of Ashgabat.

The country pretty much isolated itself from regional and international organizations with China being the only country with which it had any sort of relations. The current president, Gurbanguly Berdimuhamedow, took over in 2007 after the death of Saparmurat Niyazov. Berdimuhamedow was re-elected in 2012 with 97% of the vote.

Things to do in Turkmenistan

Let’s check out this video and then explore some stuff to do around here in more detail:

* Ashgabat — this is a rather strange place, but after a few days you will get used to its weirdness, such as its no photo policy as well as no locals hanging out on the streets during the day. But this white marble city tends to grow on you with its architectural wonders. You may think you are in Las Vegas but without any people around. Some places to check out are the Independence Monument, the Constitution Monument, the Wedding Palace, the Alem Center, Bitaraplyk Binasy, and the Sculpture Of Gurbanguly Berdimuhamedow. The Russian bazaar and Oguzhan Palace are worth checking out as well.

* Yangykala Canyon — the beauty of this country is most apparent outside the city in remote areas where you can camp. This canyon is a most spectacular area with its banks of pink, orange, and red across the canyon walls. The windy plateau above the canyon gives you an 180-degree view and a good place to camp. Make sure you take in sunrise and sunset as it is well worth it for your viewing pleasure.

* Darvaza Crater — this is the “Gateway to Hell” that I mentioned earlier. This is quite a sight and for many the main reason to come to Turkmenistan. Its never-ending burning is best viewed at night where you can camp nearby in the desert if you desire to spend the entire evening. You don’t get its full effect during the day, but it is still amazing.

* Guided Tours — this is the most expensive way of seeing the country, but it makes things a lot easier to get about. There are a variety of tours that you can experience including archaeological, ecological, day trips, cultural, multi-day, city, extreme adventure, beer tasting, food, distillery, tea & coffee, and bar, pub, and club tours.

Is this Place (Turkmenistan) Worth Visiting? 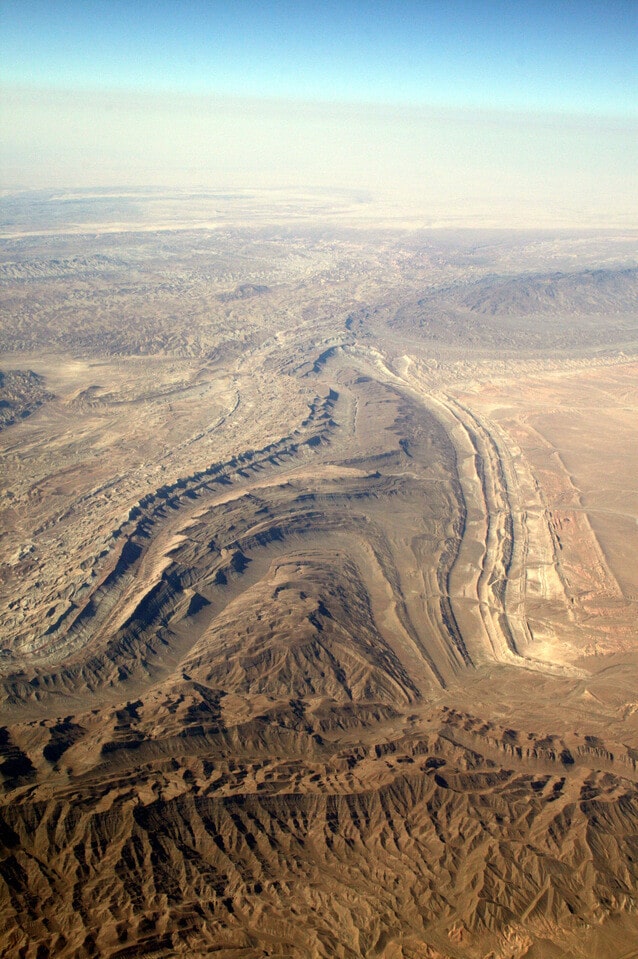 This country is extremely isolated from the outside world and one of the least visited countries in this part of the world, but it is an interesting and mysterious place. It is run by an authoritarian regime that controls everything. Although tourism is promoted, many stay away as the guided tours are expensive, and you have the police watching you very closely at all times.

One plus of traveling here, in addition to the interesting sights and the culture, is that it will give you a greater appreciation of freedoms you have that you may be taking for granted.  Even given all of these restrictions, you can have a very worthwhile experience as long as you do a bit of research and plan ahead.

It is a relatively safe country with hardly any crime. But like anywhere you go it pays to stay alert. It also is important to follow the rules and laws as they tend to take that stuff extremely seriously here.

As far as lodging is concerned you have a variety of choices at different price ranges. Here’s a website that explains it quite well.

Although not your standard vacation experience, there is quite a bit to see here, and if you are the outdoors type plenty of sights to take in. Also, you get to experience what it is like living under an autocratic type of governmental regime. As I previously mentioned, this most definitely increases the appreciation we have for our individual freedoms and reminds us never to take them for granted. All in all, it is a much different type of vacation experience.

P.S. To learn how to operate and manage an online business to can operate from anywhere in the world check out my #1 Recommendation. 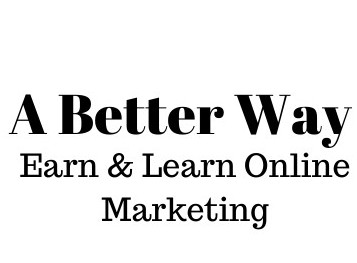 4 thoughts on “Where Is Turkmenistan Located? — Ready To Find Out”