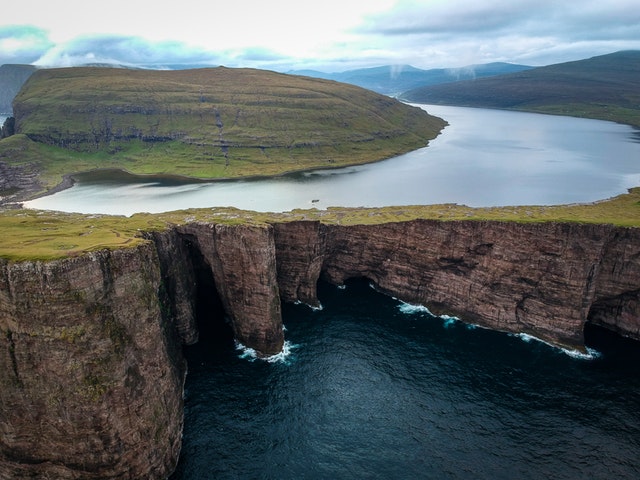 Where are the Faroe Islands? Located between Iceland and Norway in the North Altlantic Ocean, this self-governing archipelago of eighteen (18) volcanic islands, is part of the Kingdom of Denmark. It is connected by ferries, bridges, causeways, and even road tunnels. 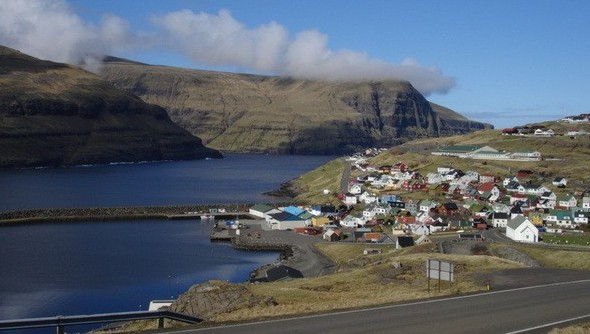 The islands are comprised of many mountains and valleys, as well as coastal cliffs with plenty of seabirds. This area is an ideal location for birdwatchers and hikers.

Although the Vikings arrived between 300 and 800 AD, there is archaeological evidence of people inhabiting the area on two (2) successive periods prior to this. It has been surmised that these folks may have come from Scotland, Scandinavia, or Ireland.

When the Kingdom of Norway engaged in the Kalmar Union with Denmark in 1814, the Faroe Islands gradually came under the jurisdiction of Denmark. British troop occupied the islands during World War II, but the islands returned to Denmark at the end of the war.

The fervor for independence did not subside, so on March 30, 1948, the Faroe Islands were granted home rule with quite a bit of local autonomy. The islands refused to join Denmark in 1973 in entering the European Union. Amid the continued support for independence, the Republican Party has taken the independence movement on as one of its main agendas.

A Few Facts about the Faroe Islands

A Few Reasons to Visit

Let’s discuss a few reasons why it is an interesting and fun place to visit. Before we get into the details, let’s take a look at a short video of the Faroe Islands to get a good look at the place of which we are talking about.

** Easy to Get Around — Once you get to this remote location you will find it rather easy and enjoyable to get around as you explore the area by road, and island hop by ferry. Now they also have sub-sea tunnels which connect the islands to assist your journey. Taxis and buses are also available to get you from place to place.

** Not Crowded with Tourists — While Scandinavia and Iceland get heavy traffic from tourists, you will find the Faroe Islands a lot more relaxing and less hectic. In fact, the total population is only around fifty thousand (50,000) folks. Another interesting fact is that sheep outnumber people almost two (2) to one (1).

** Get to See the Northern Lights — This is a prime area for the viewing of the Northern Lights when the weather cooperates of course. September through April is the ideal time, while the villages of Gjógv on the northern tip of Eysturoy, and Klaksvík on Borðoy are the best spots.

** Lots of Fun Things to Do in the Capital City — Tórshavn has a population of approximately 20,885, which is nearly half the population of all the islands combined. Obviously, it is the largest city and is located on the east coast of Streymoy Island behind a very active harbor. Amid rows of brightly colored houses there is a small Old Town area to explore, as well as museums and eighteenth century churches.

** Great Place for Nature Lovers — The natural beauty is outstanding throughout these volcanic islands, including a rugged coastline, windy mountain areas, waterfalls, and crashing waves. The Mulafossur Waterfall is absolutely stunning as it extends off the cliffs of Vagar Island to the ocean below with a backdrop of the green hills of Gásadalur village. Also, the village of Saksun is right out of a John Ronald Reuel Tolkien novel. It is located on the northwestern coast of Streymoy with its mid-nineteenth century church situated above a lagoon in a natural setting with mountain views in every direction.

** Check Out the Puffins — Only fourteen people live on the island of Mykines, which is the westernmost island of the archipelago. These adorable birds occupy the cliffs and rugged terrain during the summer breeding season.

** Who Likes to Hike? — There are several great places to hike around these islands. For example, take a hike to Kallur Lighthouse which provides views of five (5) of the other islands, weather permitting of course. With the many sheer cliffs and lush hills you have plenty of places from which to choose. in fact, take a boat trip to the Vestmanna bird cliffs, which rise two thousand (2000) feet (609 meters) above the Atlantic ocean on the island of Streymoy. Thousands of birds nest there during the summer months.

** Winters are an Enjoyable Experience — Surprisingly, the winters are relatively mild as I mentioned above. Very seldom will the temperatures drop below freezing. But the nicest thing about this is when there is a bit of snow, the villages around the various islands take on a magical and picturesque quality. Keep in mind that from November to January there are only five (5) hours of daylight.

** Lake Sørvágsvatn — This is the largest lake on the Faroe Islands. When viewed from a distance it gives the appearance of being situated hundreds of feet above the ocean while at the same time tilting outwards. In actuality, it is set in a deep depression and is only about ninety (90) feet (27.5 meters) above sea level. It is quite an optical illusion.

** Unique Architecture — Throughout the islands, including the capital city of Tórshavn, you will find turf-roofed houses which are very much symbolic of these islands. This type of architectural style is used for a very practical reason. With approximately three hundred (300) days of rain each year, this type of architecture does much to protect these homes. 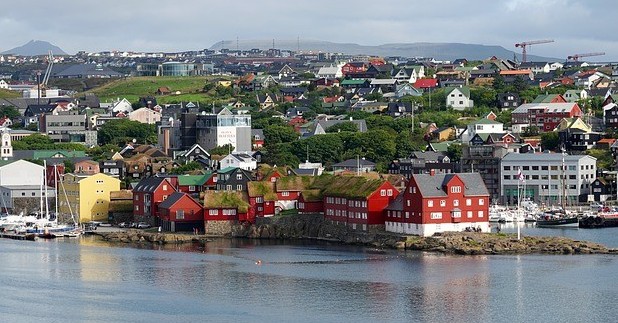 One the main attractions here in the capital city is its Old Town which is called Tinganes. Here you will find many of those turf-roofed homes scattered throughout the area. The main shopping area is called Niels Finsens Gota, which has many shops and boutiques. A local fashion label is Gudrun & Gudrun. Some of these designs are quite pricey, but for the same quality this is about the cheapest price anywhere else in the world.

For music, theater, and dance check out the Nordic House CulturalCenter. Rebuilt in the nineteenth (19th) century is the Tórshavn Cathedral which you may find quite fascinating.

There are many comfortable hotels as well as several eateries with a very appetizing cuisine which is considered world-class by some. In addition you will find independent record labels, trendy bars, and local designers who are recognized internationally.

The Brell Cafe is a great place to start the day with a cup of coffee. They roast their own beans, and also have a deli with a good variety of delectables including cheeses and meats. If you prefer a place adjoining a bookstore, there is the Paname Cafe.

For such a small collection of islands, it is amazing that they have such a lively music scene. The local label is TUTL, which is collectively owned by musicians and composers. You can find old school blues and country mixed in with traditional fishing songs and Icelandic Sigur Rós.

Jan Andersson Frida Matras Brekku run one of the last remaining lithographic workshops in the world. Artists display their work in a small downstairs gallery, while visitors are often given the opportunity to check out the upstairs workshop.

There are two (2) harbors in Tórshavn with brightly colored buildings and many small boats. Sit on the waters edge and take in the view, or take a brisk walk along the area on those chillier days.

In addition to hotels, you will find several hostels as well as a good selection of airbnbs. You can get around the area by renting a car, taking a public bus, or by taxi. In Tórshavn most places are within walking distance of the city center.

The Faroe Islands are definitely an out-of-the-way location with not a lot of tourist traffic. It’s a great place to relax, enjoy the scenery, and learn about the culture while sharing a meal and/or a drink with the local folk.

>>>>Click Here<<< To Create a Viable Online Business which you can take On the Road. 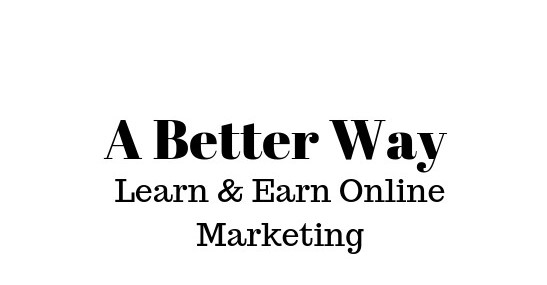 10 thoughts on “Where Are The Faroe Islands?…Let’s Take A Look”