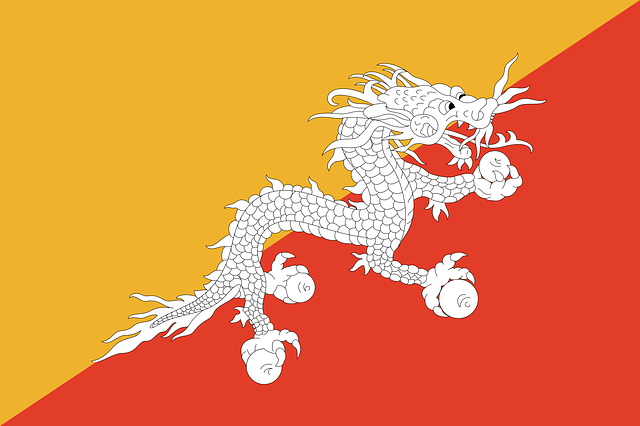 Tourism Bhutan is a review of this most mysterious part of the world. Although many have heard of this country few realize all the remarkable aspects to this Buddhist Kingdom. Located on the eastern part of the Himalayas, you will discover many stunning landscapes, monasteries, and fortresses also called dzongs. 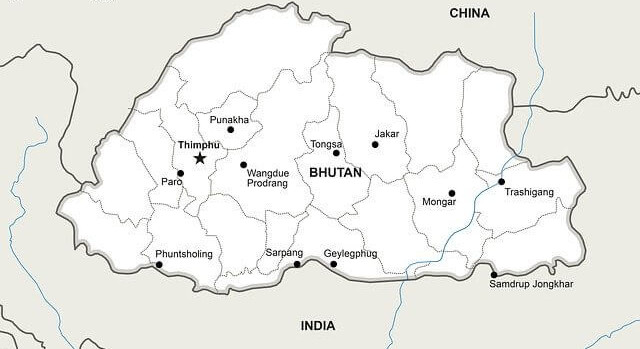 Officially known as the Kingdom of Bhutan it is located on the ancient Silk Road between Southeast Asia, Tibet, and India. Located in South Asia, it is the region’s second least populated country. The Maldives is the least populated. The largest city is its capital, Thimphu, while its financial center is Phuntscholing.

This is a country that has had its independence for centuries. Never in its entire history has it ever been colonized. Its national identity is based on Buddhism. Governed as a Buddhist theocracy, it is led by a spiritual leader called the Zhabdrung Rinpoche. Its territory included many fiefdoms over the years.

The area was inhabited as early as two thousand (2000) BC. based on archeological evidence such as weapons, stone tools, elephants, and the remains of large stone structures. Buddhism was first introduced to the area around the seventh (7th) century AD.

After a fire destroyed the ancient capital of Punakha in 1827, many of the records of the early Bhutanese history were destroyed, so there are many gaps in their historical past. The country has been strongly influenced by the Yuan dynasty in culture and religion.

Europeans visited Bhutan in the seventeenth (17th) century and introduced them to gunpowder, firearms, and telescopes. After a civil war in the nineteenth (19th) century, the country was reunited and established relations with the British Empire. It later formed a strategic partnership with India when Chinese communism was expanding. It was one of the first countries to recognize India’s independence.

In 1999 the ban was lifted on the internet and television. It was one of the last countries to introduce television to its population. After transitioning from an absolute monarchy to a transitional monarchy in 2008, Bhutan held its first elections.

What’s To Do Around Here?

Before I describe a few things to check out in this part of the world, spend a moment and watch this video to get a good feel for what Bhutan is all about:

* Trekking into the Wilderness — you will not find a large amount of tourists in this area as you would in nearby places like Nepal. Surrounded by some of the world’s highest mountains, you will experience a very special adventure while trekking along in the Himalaya. There is something available for trekkers of all levels. For example, you can take an enjoyable trip through the ancient Rhododendron forests, or a twenty-five (25) day trek through half of the entire country. Bird watchers will love the Gante Trek where you will get to see some black-necked cranes. For the most adventurous there is the Snowman Trek where your endurance will be tested on this trip through the remote Lunana district. In addition to being one of the most expensive expeditions, it is quite challenging as you will climb to peaks at up to seventeen thousand four hundred and fifty-four (17,454) feet (5,320 meters) in elevation. If you want to avoid the high peaks take the Bumthang Cultural Trek that takes you through areas with traditional villages, monasteries, and temples. The most popular trek is the Jhomolhari Trek that takes you through the ancient trade routes and Jigme Dorji National Park where you will view the Jhomolhari Peak at the Tibetan border. Its altitude is twenty-three thousand nine hundred and ninety-six (23,996) feet (7,314 meters) and it is considered a sacred area.

* The Tsechu Festival — at this four-day festival you get to dance with the monks in this large social gathering that is considered the highlight of the year by the locals. Dependent on the region, it is held on the tenth (10th) day of any Tibetan lunar month. The festival in Paro Tsechu in the Paro Dzongkhag is considered the most popular and it is held every Spring. Ceremonial dances take place as well as a good amount of business and trade are conducted. It’s a time for friends to get together from remote villages to catch up on things. The Cham dance is the highlight of these festivals; lots of energetic traditional music where the monks wear costumes and masks. It’s considered an energetic form of meditation devoted to compassion for your fellow beings. Each dance has a different moral message. At the conclusion, participants receive blessings as they leave to return to their villages.

* The Tiger’s Nest — extending two thousand nine hundred and fifty-two (2952) feet (900 meters) above the Paro Valley is the Tiger’s Nest Monastery (Taktsang Lhakhang). It is located on the face of a cliff that requires a hike up a very steep and rocky path to get there. You will definitely get a good workout on the way up and down. Due to fires in 1950 and 1998, the monastery has been rebuilt twice (2). You will experience magnificent views and a very peaceful and otherworldly setting within.

* Your Gross National Happines (GNH) —  rather than focusing exclusively on business and trade, this country places its attention on the quality of life. Back in 1972, King Jigme Singye Wangchuck named it Gross National Happiness. Subsequent leaders have preserved this concept as Bhutan seeks to keep its special identity well into the future. This is a much different approach to life than most Westerners are accustomed to in our technology-crazed, distraction-infested society. Where most countries only give lip service to the well-being and happiness of its people, Bhutan is committed to governing in a more enlightened way. For example, the Himalayas have been deforested in other countries, but in Bhutan seventy-five (75%) percent of the forests remain. We would all do well to pay attention, as there is much to be learned from their example.

* Ready, Aim, Fire — throughout the country you will find men dressed in their multi-color ghos (traditional robes) engaged in the national pastime that is the national sport of archery. They are really challenging themselves as they aim at a target of four hundred and fifty-nine (459) feet (140 meters) away. While exhibiting their skills, the local spectators cheer their team and heckle their opponents. Women sing and dance while they participate fully in supporting their local teams. There are archery fields in every village throughout the country with  Changlimithang Stadium in Thimphu being the main arena. Many events are held throughout the country during Losar, the Bhutanese New Year. The most prominent events for archery are the Coronation National Archery tournament and the Yangphel tournament.

* The Phallus Fixation — in the small village of Sopsokha in the Punahka region practically every building has a giant phallus attached or decorated with ribbons. The village is on the road to the  Chimi Lhakhang monastery that is the former residence of their most prominent poet, saint, and monk, Drukpa Kunley, who referred to his penis as the “Divine Thunderbolt”. This may seem a bit odd in such a spiritual and moral country, but something about this irreverent monk appeals to the locals.

* The Wildlife — in the eastern part of the country is Sakteng Wildlife Sanctuary. It is seven hundred and forty (740) square miles (473,600 acres) of pure wilderness. One of the many legends or myths of this country involves the yeti, or known as migoi to the local folks. Everyone here has a tale about their encounter with this creature as well as advice on the best ways to escape. The park is also home to other endangered wildlife such as the snow leopards, tigers, and red pandas. You will not be at a loss in viewing many species of wildlife here.

* Thimphu — the capital of the country is located in a valley in the western area. There are many Buddhist sites to take in. The monastery and government palace is Tashichho Dzong. It has a golf-leafed roof. The city has approximately one hundred thousand (100,000) residents. The Royal family resides here. This is the main area for government, religion, and commerce. The lifestyle here is a mixture of modern and ancient traditions. There is plenty to do with shopping centers, restaurants, nightclubs, and internet cafes. It is one of the few towns in the country with ATM banking access. Even with these modern conveniences, the city retains its cultural identity, values, and heritage. Some of the places to check out are the Cenenary Farmer’s Market, Tango, and Chari Monasteries, the National Post Office, Buddha Dordenma, the Clock Tower Square, Semtokha Dzong, the National Memorial Chorten, and the Motithang Takin Preserve. This is the only capital city in the world with no traffic lights. Instead, you have policemen directing traffic from small pavilions. 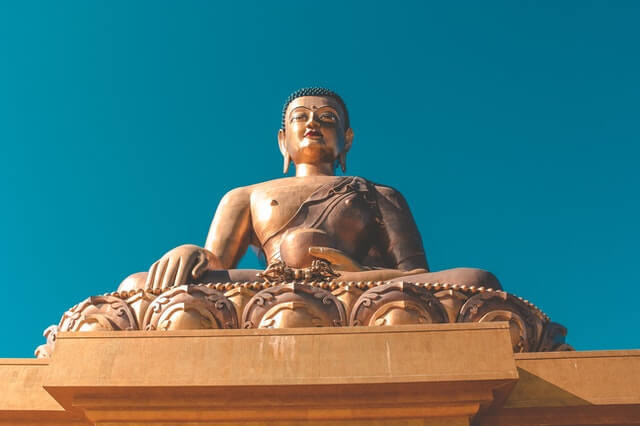 So Why Visit Bhutan?

I think I have presented plenty of reasons that may pique your interest in checking this part of the world out. The culture and pristine environment jump to the top of the list. Having been isolated for so long it retains much of its ancient culture and values. It is focused on preserving its environment and retaining its heritage. In fact, it is the first country in the world with constitutional obligations for its citizens to protect the environment.

As for accommodations you have a wide choice and price range. It is best to plan far in advance especially during the time of festivals. Click Here to get an idea of your range of choices.

To sum things up, Bhutan is one of the little known parts of the world that has so much to offer in terms of quality of life. You will quickly discover this as you immerse yourself in its culture and interact with its people. “The Land of the Thunder Dragon” has emerged from its isolation and has opened its doors. Its pristine landscapes, ancient monasteries, small quiet villages, and glacial rivers will keep you entranced throughout your entire visit.

This just may be a place you want to explore for many reasons, not the least of which is that this is where things are measured by your “Gross National Happiness”.

P.S. Earn money while traveling and exploring the world with my #1 Recommendation for an Online Business. 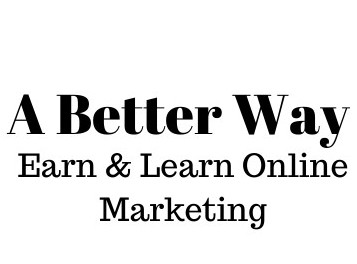