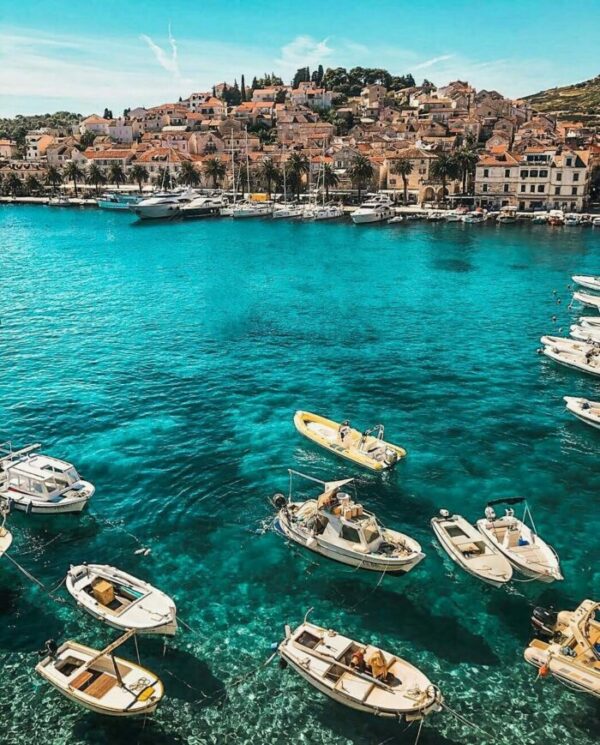 Located on the west coast of the Istrian peninsula, this Croatian fishing port is nestled around a harbor with many fishing boats. The steeple of St. Euphemia Church overlooks the entire town from its hilltop location. 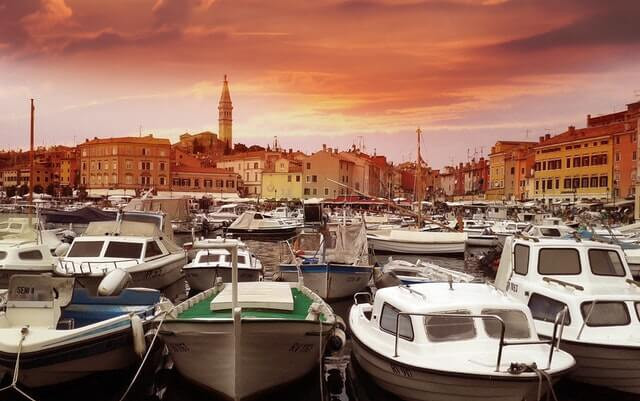 Off the mainland, you will find the fourteen (14) islands of the Rovinj archipelago. The city itself on the North Adriatic Sea is an active tourist destination as people are drawn to the beauty of the area and its pebble beaches.

A Historial View of Rovinj

Prior to being taken over by the Romans, Rovinj was a settlement of the Illyrian or Venetian tribes. Around the sixth (6th) century AD, it was part of the Byzantine Empire and was shuffled about for a number of centuries.

From the thirteenth through the eighteenth centuries Rovinj was one of the most important towns in Istria ruled by the Republic of Venice. Originally constructed on an island near the coast, the channel was filled in 1763 connecting it to the mainland.

It became a part of the Austrian Empire after the fall of Venice in 1797 until World War I. Afterward, it was part of the Kingdom of Italy until 1947 when it then became part of SFR Yugoslavia, as part of SR Croatia. Originally called Rovigno its name was changed to Rovinj.

After Croatia’s independence in 1991, the town became the administrative center for Istria and an important part of Istria County. It is currently the third-largest town in Istria County.

A Few Interesting Facts About Rovinj

Things to Do in Rovinj

Bordered on three sides by the Adriatic Sea, this is a very quaint and interesting town. Check out this video and then we will get into a few things to do around there.

* The Beaches — On the Adriatic Sea you can relax and enjoy the calm warm waters on many of the beautiful beaches. There are thirteen (13) beaches up and down the shoreline filled with hidden coves with rocks from which you can dive, as well as arcs of white shingle. These are some of the unique beaches in the world. For example, Monte Beach has a stairway leading down to a pool enclosed on three sides by rock; it is located right next to Old Town and St. Euphemia. Lone Bay is a pebble beach surrounded by a pine forest. People come from all over the world to experience the interesting character of these beaches.

* Diving — this is a great activity for both beginners and experienced divers. The Adriatic Sea is calm and safe with plenty of sea life to be observed beneath the surface. For more experienced divers, there is much to explore such as the Austrian merchant ship, SS Baron Gautsch, that was sunk during World War I as a result of hitting a mine. You can get set up for diving at the Ronvinj’s Valdaliso Diving Centre.

* Lim Fjord — you can get there by boat or car. It’s a beautiful area with a canal and a fjord that is actually a river canyon surrounded by mountains. The river is quite wide extending close to six hundred and fifty-five (655) yards (600) meters in some areas. You can take a hike or bike ride through the forest and you will find a restaurant at the mouth of the canyon where you can get fresh oysters and seafood.

* Dvigrad — abandoned in the 1700s due to a plague epidemic, this medieval town never repopulated. You can view the castle’s tower from the Lim Fjord, and it an interesting place to check out. There are about two hundred (200) houses and the ruins of St. Sophia Church. The site is currently being restored.

* Rovinj Heritage Museum — displaying the work of local sculptors and painters, this museum was founded by a group of local artists in the 1950s. There are around one thousand five hundred (1500) works of contemporary art along with artifacts related to the various cultures that have inhabited this area as well as the maritime history of the city. The building is a fifteenth (15th) century baroque palace built by the Counts of Califfi.

* Old Town — originally an island it became a land reclamation project by the Venetians in 1763. The streets and alleys are narrow lined with pale limestone buildings that glow in the sun. There are many archways and stairways that wind through the area. Along the cobblestone streets, you will find plenty of restaurants, shops, and cafes.

* Brijuni National Park — you can reach the seaside town of Fazana by driving the coast toward Pula. From here take a ferry to the largest island, Veli Brijun, where you will find Brijuni National Park. Largely uninhabited this island and park have much natural beauty and significant history. Many years ago prehistoric folks settled here leaving in the 1700s due to the plague. You can find the ruins of two (2), Roman villas and St. Mary’s Church constructed in the 1200s by the Knights Templar. There is also a two hundred million-year-old dinosaur footprint in limestone in the Brijuni Cretaceous Park.

* The Rovinj Port — the port is surrounded by multi-colored homes right on the waterfront and provides an extremely scenic view with the tower of St. Euphemia rising up behind the buildings. There are plenty of cafes and restaurants overlooking the water and it is a very relaxing place to hang out.

* Pula — located in the south of Istria, Pula has much ancient history. This is where the Arena is located, which is a large Roman amphitheater resembling the Roman coliseum. The original infrastructure is in tack with even the tunnels that the gladiators used to enter the main arena. Also in the city, you will find the Temple of Augustus at the Forum.

* St. Euphemia Cathedral — also known as the Basilica of St. Euphemia it is a Baroque church built between 1725 and 1736 on the remains of earlier Chrisitan buildings. It is located in the middle of the historic part of town. Within the church, there are several works of art. The statue of St. Euphemia stands on top of the bell tower and acts as a wind vane.

* The Town Clock in Rovinj — dating back to 1100 AD this structure formed the city’s southern defenses. Located in the city’s main square it received a facelift in the 1600s by the Venetians. Right beneath the clock is the symbol of Venice, the winged Lion of St. Mark. Now an office for monetary exchange, the base of the tower for a few hundred years was a one-cell jail.

* Punta Corrente — south of the city you will find this natural park that was founded in the nineteenth (19th) century by Johann Georg von Hütterott an Austrian industrialist who purchased it to preserve its natural beauty. It’s a great place to take a walk on the many trails through a forest of Douglas firs, Aleppo pines, cypresses, and cedars that were planted over one hundred (100) years ago.

* Monkodonja — on a hillside outside of the city sits a Bronze Age fort from 1800 BC. Ties to the Greek city of Mycenae are evidenced by the discovery of ceramic fragments. You get a great view of the Adriatic Sea and the surrounding islands from this location.

* Balbi’s Arch — in the late 1670s Daniel Balbi was the mayor of Rovinj and a large arch on Grisla Street was named after him. The arch has the Venetian hallmark of the Lion of St. Mark with two stone heads (a bearded Venetian and a Turk with a Turban) on each side and it replaced an old town gate.

* The Cuisine — one of the main treats is the local pasta. Fuzi pasta is similar to penne with veal sauce (tomatoes and wine) topped off with grated white truffle. Central Istria’s damp oak forests are plentiful with truffles. There are also many traditional pizzerias in the area. What is considered by some as the best restaurant in Croatia is located in Rovinj, Monte. The wine and food are excellent and the service is great; an unbeatable combination for sure. At the harbor, Aqua 2 is a very good seafood restaurant. For seafood and pasta in Old Town check out Balbi which is located on a quiet street tucked away. The best pizza in town is at Pizzeria da Sergio.

* The Rovinj Islands & Mainland — there are many natural sights to take in along the coastline of the peninsula with its forests of Alpine pine trees and holm oak as well as the surrounding islands.

* Palud Marsh & the Die Sorelle (Two Sisters) Islands – located in a thick holm oak forest this Gustinja island promontory is a forest vegetation reserve, as well as a nesting site for seagulls.

* Limska Draga Viaduct — the country’s highest bridge is at times used for Base Jumping. It extends across a wide valley on the Buje-Vodnjan highway between Medaki and Kanfanar. It is 394 feet (120 meters) in height.

Rovinj Croatia Beaches and Much More 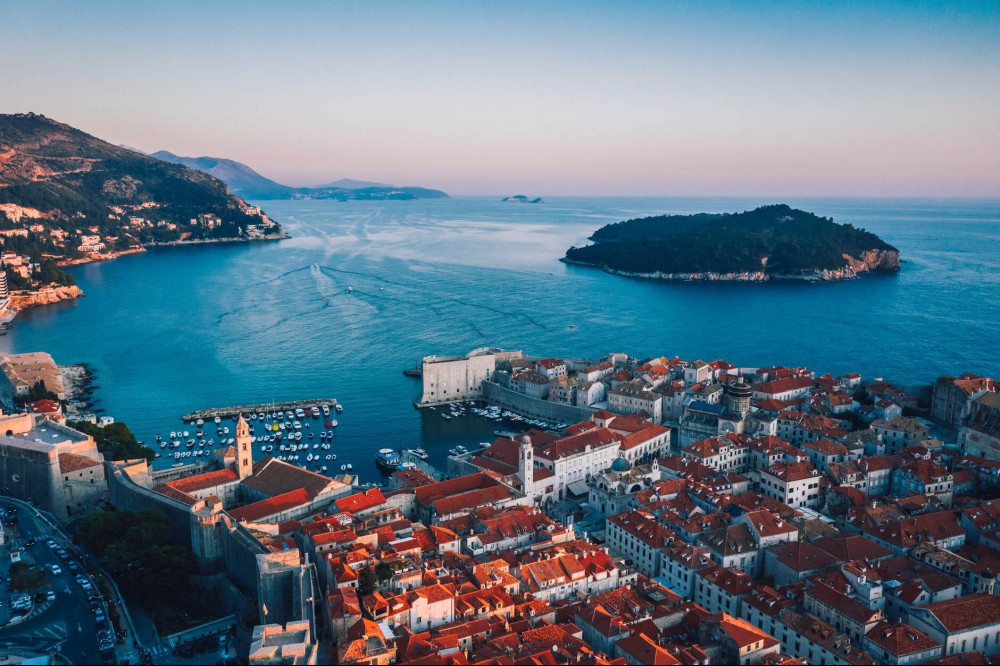 Although many people are drawn to this area because of the variety and the uniqueness of the beaches, there is so much more to see and do both on the mainland, the surrounding islands, and on and below the Adriatic Sea. This is a historic and romantic town that has an Italian feel within a Croatian setting.

It has some of the best seafood restaurants in all of Croatia among its winding streets and beautiful harbor. During the summer months, although the main tourist area in Croatia is the Dalmatian coast, many come to the Istrian Peninsula in order to avoid the crowds.

This is a great place to wander around without any planned agenda or tour. You will find many surprising things to do. Just strolling along the harbor is a pleasant experience where you see small ferries, fishing boats, and batana boats that are flat-bottom boats that the local fishermen use. It a great place to take some photos.

Old Town is an interesting place to hang out and its Farmer’s Market is full of fresh vegetables, fruits, truffles, and souvenirs.

For accommodations, you can go upscale, budget, or middle of the road. The more luxurious places are the Hotel Lone, the Hotel Monte Mulini, and the Spirito Santo Palazzo Storico Hotel. The La Fondiaria is more mid-range, and for the budget-conscious check out the Apartments Knezovic.

Although the most popular time to visit is during the summer, this is a great year-round destination. I would highly recommend putting Rovinj on your destination planner for this part of the world.

P.S. Travel and earn with my #1 Recommendation for an Online Training & Earning Platform. 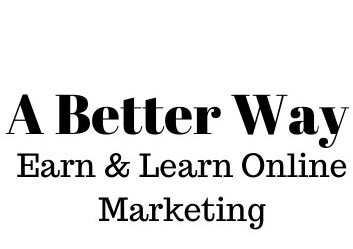 4 thoughts on “Rovinj Croatia Beaches — And That’s Not All”