In this article I am going to give a few suggestions of how to live in Ecuador. Of course, this assumes you desire to live there in the first place, or are at least considering it enough to do some research. 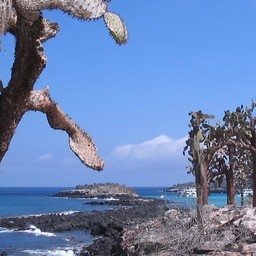 As with many other places around the globe, Ecuador offers much for an expat whether looking for a change of scenery or just a more ideal place to live or retire. Let me share a few ideas on this most interesting country.

— Location and Borders: Western South America, bordering the Pacific Ocean at the Equator, between Colombia and Peru

The Regions of Ecuador

Along the coastline of the Ecuador is rich with beaches and resorts as well as various fishing villages and agricultural areas. The vegetation is mostly marshes and mangrove forests. The beaches are scattered with palms and the waters are warm around the year. The northern region of the coast is much hotter and humid with a lot more rain than in the southern region. This region is home to a culture with African roots as characterized by the food, music, and dance.
The Sierra Highlands area is known for its volcanoes, and its rich biodiversity with wildlife, cloud forests, thermal baths, and beautiful landscapes. These natural characteristics, as well as the region’s strong culture, has made the highlands region one of the most popular and visited places.
The Orient is located east of the Andes mountain range. It is made up of tropical forests with several rivers which are filled by the melting snow from the surrounding volcanoes and mountains. Because of these tropical characteristics, the region is very bio-diverse with a variety of species of plants and wildlife. Due to the lack of entry points into this area, you will find fewer tourists here, but it does have many activities to enjoy in these spectacular surroundings.

Over one quarter (1/4) of the twenty-eight (28) million hectares in Ecuador is protected. That is approximately five (5%) percent more than other countries in South America. There are one hundred and thirty-five (135) national parks, nature reserves, and wilderness areas in Ecuador, as well as three (3) biosphere reserves and eight (8) wetlands. 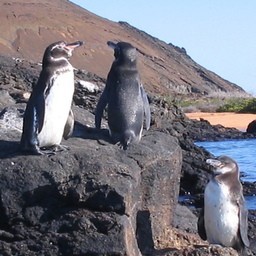 In addition there are almost eleven hundred (1100) species of amphibians, fish, and reptiles. With six hundred and forty (640) bird species and over nineteen thousand three hundred (19,300) plant species Ecuador definitely qualifies as being bio-diverse with many areas worth spending time exploring and taking in the sights.

Some of the Dos and Don’ts

Whether living in Ecuador as an expat or retiree here are a few suggestions to get you by in a more positive and harmonious way.

Now this should be a no-brainer no matter where you are in the world, but you may be surprised by the rudeness I have encountered and observed over the years from tourists from all over the world. Some folks seem to have some sort of attitude of entitlement no matter where they are. I have always found that a respect for another’s culture and an open mind to learn different ways of living are always appreciated. Also, a smile and some simple courtesy goes a long way as well.

— Acknowledge your lack of knowledge

This includes admitting that you are new to the area and if you don’t speak Spanish or very little, let people know. People all over the world respect authenticity and a genuine response.

— As a Pedestrian keep your eyes wide open

To put it simply pedestrians NEVER have the right of ways so look both ways and up and down as well. People get hit by cars all the time in Ecuador so be prepared. If at a stop sign the smart thing to do is to cross behind the lead car so that you have a bit of protection. Drivers are always watching the traffic and not the pedestrians. So forget crosswalks or the right of way as this is all about survival.

— Wherever you are always start with a Greeting

Whether in a store, in a taxi or meeting someone new, start with asking how a person is or “buenos días” (good morning) dependent on the time of day. When addressing each other people in this part of the world never just jump right into business. If it is a family or more personal setting expect handshakes and kisses when coming and going. When leaving a gathering you spend time shaking hands and kissing women on the cheek before walking out the door; same thing when you first arrive. If you don’t do it people will assume you are mad at them.

— Don’t get in a taxi without agreeing what the fare is to be in advance.

Let them know you live there and know how the game is played or you will be charged over fifty (50%) percent more.

— Don’t show up to parties on time.

In this part of the world six (6) o’clock actually means eight (8) o’clock so don’t show up on time to parties as most people in this part of the world are not able to keep commitments. Over time you will identify who can, and you can then set your expectations accordingly. It is not uncommon for a person to set an appointment with you and then not show up for whatever reason. Once you adapt to this you won’t waste time waiting around for folks who never intended to show.

First of all when you enter a restaurant seat yourself. Don’t expect someone to come up to seat you. Additionally, waiters are not assigned to any one table, so ask any waiter you can find when you need something. It doesn’t matter who took your order.

Also don’t wait around expecting someone to bring your check. Ask for it, “la cuenta, por favor”. It is rude in this culture to bring the check before it is requested. Even at closing waiters will wait around until you ask for your check.

Ten (10%) percent for a tip is included in your bill. Additional money is not expected but okay if you do.

— Don’t be shy when driving

When driving in Ecuador it is highly recommended to be assertive, if not downright aggressive. This reminds me of the times of driving in New York City. My intention was to drive more aggressive than the cab drivers.

Don’t expect other drivers to show courtesy to drivers or pedestrians. Once you get used to it, it can be a fun game. If it bothers you, don’t drive.

— Personal space does not exist.

Don’t be surprised if people get close or even rub up against you in public. It’s just part of the culture.

Once you settle in and appreciate the differences you will have a wonderful experience in Ecuador.

Currently market conditions are very good to purchase property in Ecuador either to live or as an investment. Much progress has been made as a result of the work and innovative thinking of the former President of Ecuador, Rafael Correa.

The easiest way to get established is to locate an expatriate community with plenty of English-speaking folks who share some of your interests. The drawback here is that you will not learn the culture as quickly. 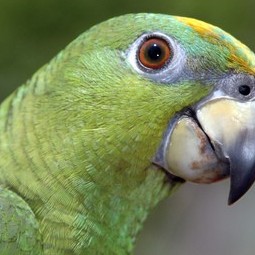 Since prices are somewhat depressed and demand is returning it is an ideal time to purchase property on Ecuador’s coast. The area of Salinas (population is about 60,000), formerly part of the Guayaquil province, is now its own province. In 2008, it became Santa Elena Province (the 24th in the country) and infrastructure funds came in from the government. Salinas is now called the “Little Miami”. Even before the expats became aware of this area, it was a destination place for Ecuadorians on vacation. The area is a seasonal location (December through May), and the population can double then.

Year-round the expat population is about seven hundred (700) to eight hundred (800) with a fifty (50) – fifty (50) mix of Canadians and Americans. In the height of the season the population will jump to about one thousand two hundred (1200). It is safe for males and females to walk around at anytime of the day or night.

There are plenty of fire, police and ambulance services available with both private and public hospital care. Public transportation is available and many schools are bilingual. A service called “Tia Poli” is provided for Salinas residents where you register with the police and they provide you with a button on your cell phone to press as needed and the police will show up.

There is also an American-style mall with a movie theater and plenty of open-air markets. Fiber-optic internet is available.

I am highlighting this part of Ecuador because it is very inviting. The expat community is very friendly and will engage with you easily asking about your interests. There are many expat activities such as book clubs, dance lessons, yoga classes, coffee and happy hour get-togethers, poker, scramble, and even Spanish classes.

There are Rotary and Lions clubs and plenty of volunteer opportunities including two handicapped schools in need of assistance.

With the changes in the capital appreciation laws under Correa, and the overall low economic climate in recent years in Ecuador, you can find good prices for property to live or invest. Plus the increase in the capital gains tax has been repealed. You can get quality property starting around $100,000 USD.

Keep a few things in mind when looking to purchase property. First, buildings are not constructed for people with disabilities or any type of mobility issue. Also, not all buildings have elevators so if this is a consideration for you let your real estate agent know this upfront. All buildings do not have balconies so if you want one let your agent know.

Also since listings are not exclusive, many agents will have the same listings and quite often at different prices. Don’t rely on online listings because they are not up-to-date. Some buildings have restrictions regarding no rentals or sub-leasing and no pets. You have to schedule your viewings of properties as there is no lock-box system.

Be prepared to purchase a property As-Is as locals do not maintain their properties in ways to which you may be accustomed. For example, fixtures may be broken and cabinets may need to be replaced. The seller will not repair these things before closing.

There are a lot of things to research and plenty of questions to ask before making a property purchase, but one of the most important is to determine who the builder is. With all the new construction going on there are many new developers hitting the scene. In the Salinas area there are three (3) developers with proven track records so find out who they are and stick with them if you choose to pursue some property.

If you desire a way to make additional income here is my #1 recommendation for an Online Training and Income Producing program.

To your current and future Adventures,

28 thoughts on “How To Live In Ecuador”