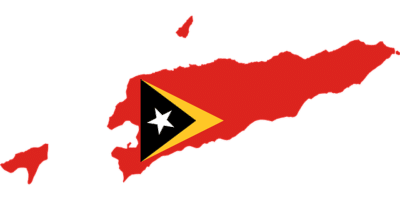 Let’s take a holiday in East Timor, also known as Timor-Leste, which is an island country in Southeast Asia. Having regained its independence in 2002,, it is currently one of the youngest countries in the entire world. Dili, its capital city, is a mixture of Indonesian and Portuguese architecture that contains much history and cultural significance. It is a great area for water sports or just walking the beach. 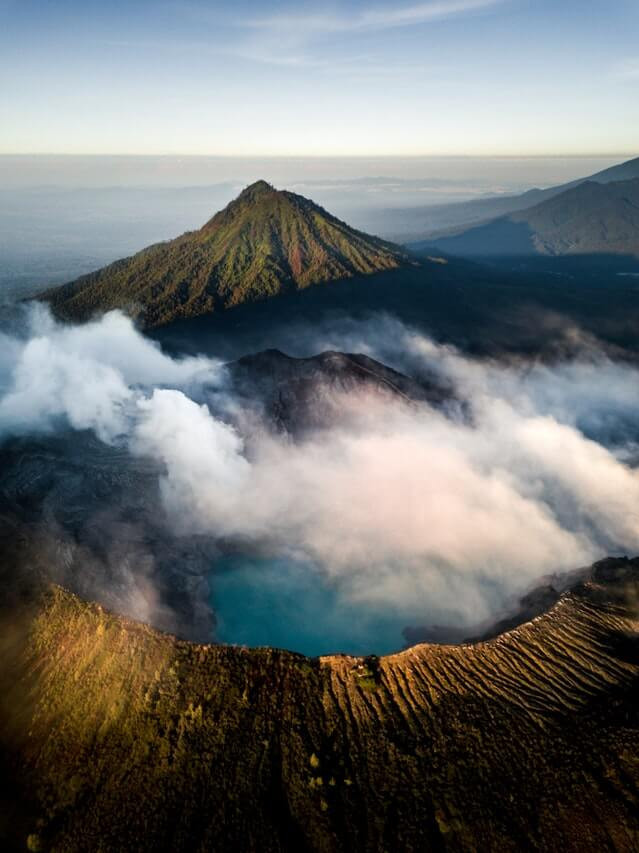 East Timor, known officially as the Democratic Republic of Timor-Leste, is the eastern half of the island of Timor, while the other side of the island is Indonesian West Timor. Separated by the Timor Sea, Australia is its southern neighbor.

Some Background on the Country

Colonized by Portugal in the sixteenth (16th) century, East Timor was known as Portuguese Timor until November 1975 at which time they declared their independence. Only nine (9) days later they were invaded by the Indonesian military and declared the twenty-seventh province of Indonesia in 1976.

Through the United Nations’ Act of Self Determination in 1999, Indonesia gave up control of the territory, and Timor Leste then became the first sovereign state in the twenty-first century on May 20, 2002, as well as joining the United Nations. Other than the Philippines, it is the only other nation in Southeast Asia that is Christian.

On the eastern tip of East Timor can be found evidence of culture dating back 42,000 years. It is one of the oldest sites in Maritime Southeast Asia. Prior to European colonialism, Timor was heavily involved in the trading networks of India, China, and Indonesia/Malaysia.

The Portuguese showed up in 1769 when the city of Dili was founded. In 1914 a border was established between the Portuguese eastern half of the island and the Dutch western half and is the current border between East Timor and Indonesia. During World War II first the Allies, then the Japanese occupied the area.

A Few Significant Facts to Consider

Some Stuff to Do

* Dili — the capital and largest city in East Timor provides a wealth of activities including water sports and hanging out at the beach without a lot of tourists around. Jesus Backside Beach and Areia Branch Beach are local favorites. Scuba diving is popular and you can catch sight of reef sharks, scorpionfish, blue moray eels, and coral. Whales swim along the coast during migration season. It is pleasant to walk along the waterfront and head up to the Cristo Rei statue of Christ the Redeemer (second largest statue of Christ in the world) on a beautiful hilltop location with magnificent views of the sea and city. There are plenty of dive sites within the Coral Triangle, also known as the Amazon of the Seas. Along the waterfront, you will find plenty of restaurants and bars on Avenida de Portugal. Produce markets, textile shops, and seafood stands are scattered throughout the city.

* Betano — once a Timorese kingdom, this black sand beach is also used as a base from which to explore the mangrove swamps that are nearby.

* Nino Konis National Park — for nature lovers, this is the place to be. Hiking trails, wildlife, and over two hundred and fifty (250) species of birds are located in this lowland rain forest. One endangered species that is both beautiful and intelligent is the Yellow-crested Cockatoo. A large part of the Coral Triangle is within the national park and is ideal for snorkeling and diving.

* Lake Ira Lalaro — perfect for a day trip to walk around or do some mountain biking, this is the largest lake in East Timor. Land-based activities are suggested as swimming would take on a special type of adventure due to the lake having the largest population of crocodiles anywhere in the country. Bring your own water and food as there are not many shops around.

* Atauro Island — thirty (30) kilometers (18.6 miles) off the coast of Dili lies this island only accessible by boat. Since “atauro” means “goat” in the native language you will see plenty of them around. Also, this is a great place to do so some snorkeling and world-class diving, catch sight of some dolphins and take a pleasant walk around the island. In the old days, this island was used as a jail. As you walk through the rainforest you will come upon small villages where you can purchase crafts and wooden sculptures. You can also learn traditional fishing techniques using goggles and a spear gun.

* Marobo — this place is rarely visited and is quite hidden away, but it makes for a great day trip from the town of Maliana. On the foothills of the mountain, you will find Marobo Hot Springs which is a natural spring located at the ruins of a former resort. The mud baths, large pool, and mineral baths are still in operation.

* Lautem — a mixture of culture and nature, you will encounter cave drawings, gorgeous beaches, and a magnificent bird population. The homes are interesting as they are constructed of bamboo, dried grass, and wood while sitting atop narrow stilts. This area is rather undeveloped so you will just about have the place to yourselves on the beaches and hiking paths. Worth checking out are the villages of Lospalos and Viqueque and Tutuala Beach.

* Baucau — this city is divided between New Town and Old Town. In New Town you will find new modern buildings with an Indonesian influence, while in Old Town you will discover Portuguese colonial architecture. On the south side, you will find caves made during World War II by the Japanese military. Further south in the villages of Viqueque and Ossu there are waterfalls, natural caves, and freshwater rivers.

* Com — here’s a small beach town that will provide you with a more resort-style vacation experience. Located on the eastern end of the country, the main road goes along the coast and that is where you will find a good number of restaurants and guesthouses. You can watch the sun go down at the beach with your favorite beverage in hand. There is plenty to do exploring the Colonial-era Portuguese buildings, do some fishing, shopping, take a walk or hike, but again I would avoid the swimming due to the crocodiles. Com Beach Resort is fairly upscale but there are also camping sites available.

* Same — this inland village is located among many beautiful trees and gives you a glimpse of local living. The local market has plenty of textiles, tais (traditional weaving), and crafts.

* Mt. Matebian — every All Souls Day pilgrims journey to the base of this most sacred mountain as a statue of Jesus Christ sits on its summit. It takes about twelve (12) hours to hike to the summit and back. It is called the Mountain of Souls since the locals believe that the souls of their ancestors are located here, but at the same time, it is called the Mountain of the Dead due to its violent history during the Japanese occupation during World War II.

* Suai — the locals here make their livelihood from fishing. You can explore sandstone beaches, the Tafara River, and watch the traditional dance. Our Lady of Fatima Church is infamous for a massacre that occurred and has a memorial devoted to the memory of its victims.

* Mt. Ramelau — for those who desire to hike this mountain [takes about six (6) hours], you can stay in the town of Hatubuilico that is at its base. About halfway up the mountain, you will see a statue of the Virgin Mary that is another of the country’s sacred sites. There is also a church at the summit.

* Maubisse — international tourists and locals from Dili consider this a very popular vacation area. You will get wonderful views from the town’s only hotel, Pousada de Maubisse, but it has not been renovated since the 1950s. For those planning to trek up Mt. Ramelau, this is an excellent base point.

* Jaco Island — here you will find a remote oasis of sandy beaches and waters full of marine life (dolphins, sea turtles, reef sharks, and much colorful fish. Hire a fisherman to take you out there by boat, and he may even catch lunch for you as well. Since the island is a sacred site it is mostly uninhabited, but there is one guest house as well as a camping area if you want to spend the night. Bring all your own food and supplies.

Is East Timor a Place to Visit? 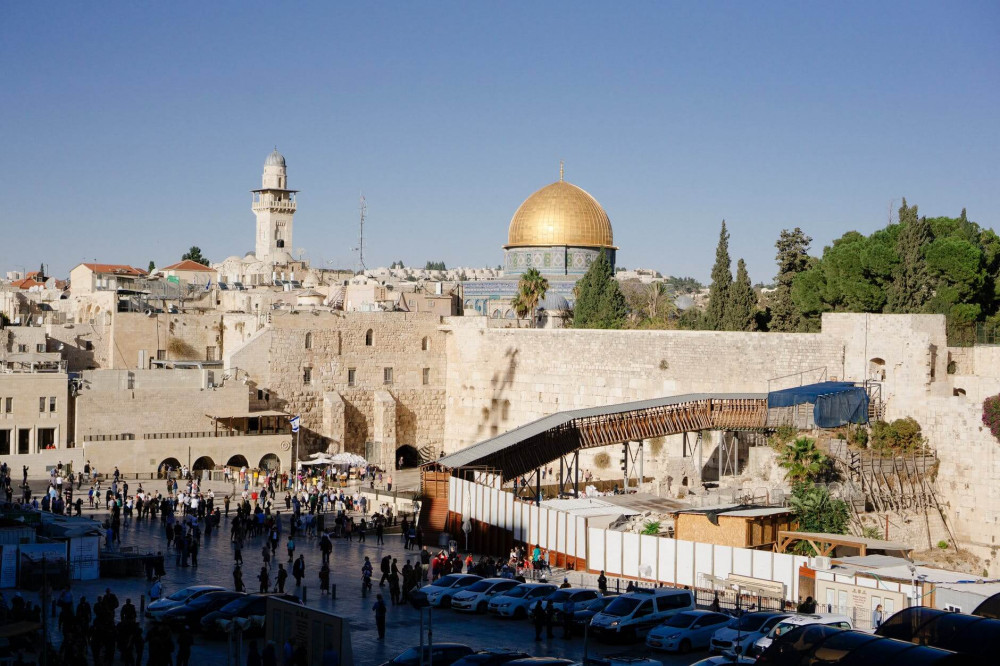 I have to admit that this is a rather out-of-the-way place, but it does have some interesting stuff going on. Plus, at this point in time, there is not high tourist activity so it is easier to get around and enjoy the culture and gorgeous beaches.

It’s a relatively safe place with low crime and no terrorist activity in the last decades. The challenge is that is if you are going to rent a vehicle and drive around, the condition of the roads is poor so you have to drive carefully and stay alert.

This is an ideal tropical adventure away from the heavily traveled tourist areas of the world. One thing to keep in mind is that it is worth the expense to hire a driver to maneuver the less than ideal condition of the roads, as well as to locate places as there are not a lot of signs once you leave Dili.

As far as lodging is concerned, there are several options in and around the capital city of Dili. Here are a few Hotel Options. You might also want to check out the Tibor Beach Retreat.

Well, there is plenty to do around here including biking, diving, walking the astounding white-sand beaches, trekking, whale watching, stunning scenery, and mountain driving are just a few of the delights that await. Plus, if you are a coffee lover you can get a cup about the cheapest anywhere in Southeast Asia. Their indigenous cash crop grows abundantly on the sides of the mountains and on the hills under the tall trees.

I think these are more than enough reasons to give this area of the world some serious consideration as a possible destination for one of your future trips. It for sure will not be your standard type of Disney vacation.

P.S. For those adventurous souls who would like to explore the fascinating world of Online Marketing here is my #1 Recommendation for an All-in-One Platform. 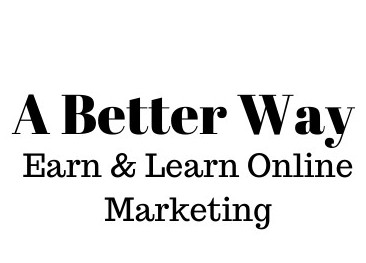