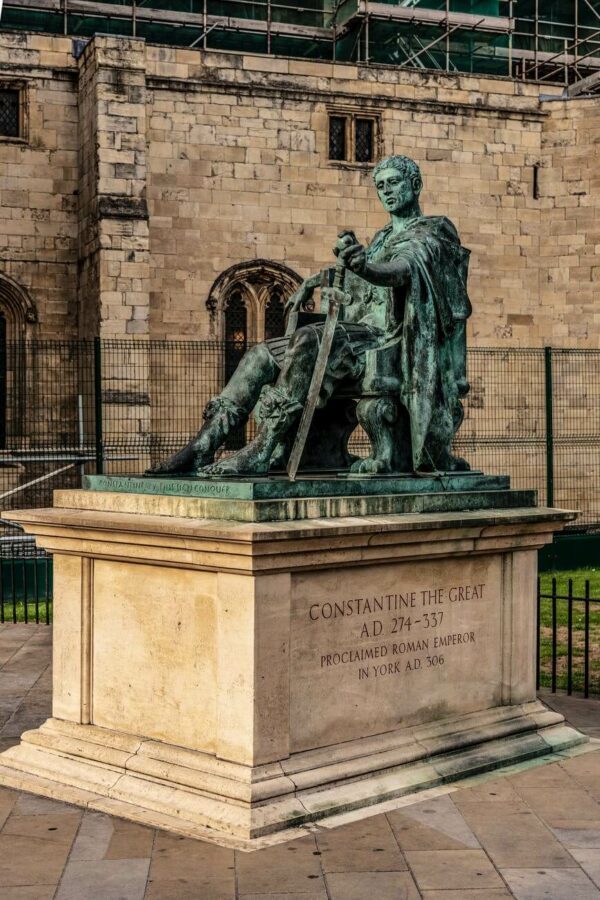 Located in the northeastern part of the country, Constantine in Algeria is the capital of Constantine Province and is also spelled Qacentina or Kasantina. Known as Cirta during the time of the Roman Empire, it was renamed Constantine in order to honor Constantine the Great. It is known as the “City of Bridges” because of several unique structures that connect the valleys and ravines. 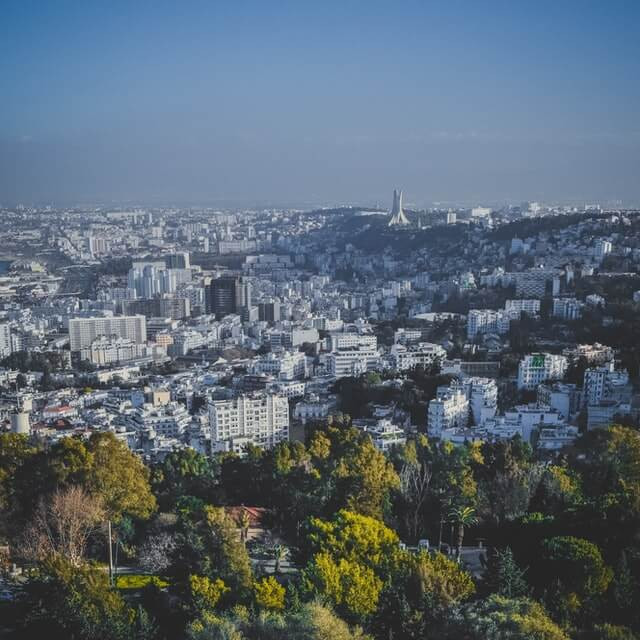 The city is positioned right next to the Rhumel Gorge providing a magnificent sight, and it is one of the unique and remarkable cities in all of North Africa. It is about fifty (50) miles (80 kilometers) from the Mediterranean coast on the bank of the Rhumel River.

Originally founded by the Phoenicians, it was also ruled by the Berbers, Romans, Byzantines, Ottomans, and the French. Much history of this area can be gathered at the Cirta Museum.

The Phoenicians called the city Seta or royal city. Later it was renamed Cita by the king of Numidia of the Berber people. Under Julius Caesar, it was known as Colonia Sittlanorum. The city was decimated in 311 AD and rebuilt in 313 AD, and then named “Colonia Constantiniana” or “Constantina” after the emperor Constantine the Great.

In the 8th century, the country was taken over by the Arabs and renamed Qacentina. Much of the Muslim architecture visible today was built between 1770 and 1792. The French invaded Algeria in 1830 and captured the territory in 1837. It was part of France and the center of the Constantine Department between 1848 to 1962. During World War II the Allies used the city as an operational base in North Africa.

Now for Some Things to Do

* Ahmed Bey Palace — this is the palace of the ruler during the Ottoman period. Ahmed Bey ruled between 1826 and 1848. There are several wings in the palace with walking paths throughout the grounds with gardens and fountains. Inside there are displays of wall paintings and highly decorated corridors. There is a nice cafe with indoor and outdoor seating.

* The Bridges — out of all the bridges that cross the Oued Rhumel the most exciting and exhilarating to walk across is the Mellah Slimane Bridge (also know as the Perregaux footbridge) that joins the train station with the center of Old Town. From Old Town, you take an elevator down to it. It extends 410 feet (125 meters), 328 feet (100 meters) above the water, and it is only 8 feet (2.5 meters) wide. Also, known as the suspended bridge, the Sidi M’Cid Bridge is considered the defining feature of Constantine being 538 feet (164 meters) long and was completed in 1912. The view from the top of the hill encompasses the entire town and gorge. Unfortunately, it is also known as the “suicide bridge” as a few folks over the course of the years have taken the plunge.

* Grand Mosque — this is the oldest mosque in the city as it was constructed in the 13th century. Built on the site of a pagan temple it has been renovated over the years and now possesses a rather modern look. The interior has retained many of its ancient features with Corinthian columns and pillars.

* Restaurant le Concorde — this is a place to check out when the owner is around as he has the travel bug so he moves around quite a bit. Here you will not only find the local favorite, chachoukha, chopped pasta with green pepper and tomato sauce, but he will delight your taste buds with a variety of steaks, red lentil soup, and many other culinary delights.

* Trip over to Tiddis — only a little over eighteen (18) miles (30 kilometers) away from Constantine this ancient Roman town is full of ruins to explore. It is located on a barren mountain slope and during Roman times was used as a fortress, Castellum Tidditanorum, to protect the city of Constantine which was called Cirta at the time. Since there was no water source, there are channels and cisterns attached to the houses to capture rainwater. You enter the village through a Roman arch constructed with massive stones and there are several circular tombs, some dating back to pre-Roman times. Beyond the gate are an interesting variety of ancient ruins including olive presses and sanctuaries of Roman, Persian, and Christian deities.

* Mosque of Emir Abdelkader — this is one of the world’s largest mosques and the country’s first Islamic modern university. It is the most prominent monument in the entire city and it was built in 1968.

* National Museum Cirta — you can explore a collection of paintings from French Orientalists and Algerian artists, as well as many excavations from Constantine and the surrounding area including the bronze sculpture, Victory of Constantine, the marble bust, Beauty of Djemila, and a second century BC tomb.

Why Visit Constantine in Algeria? 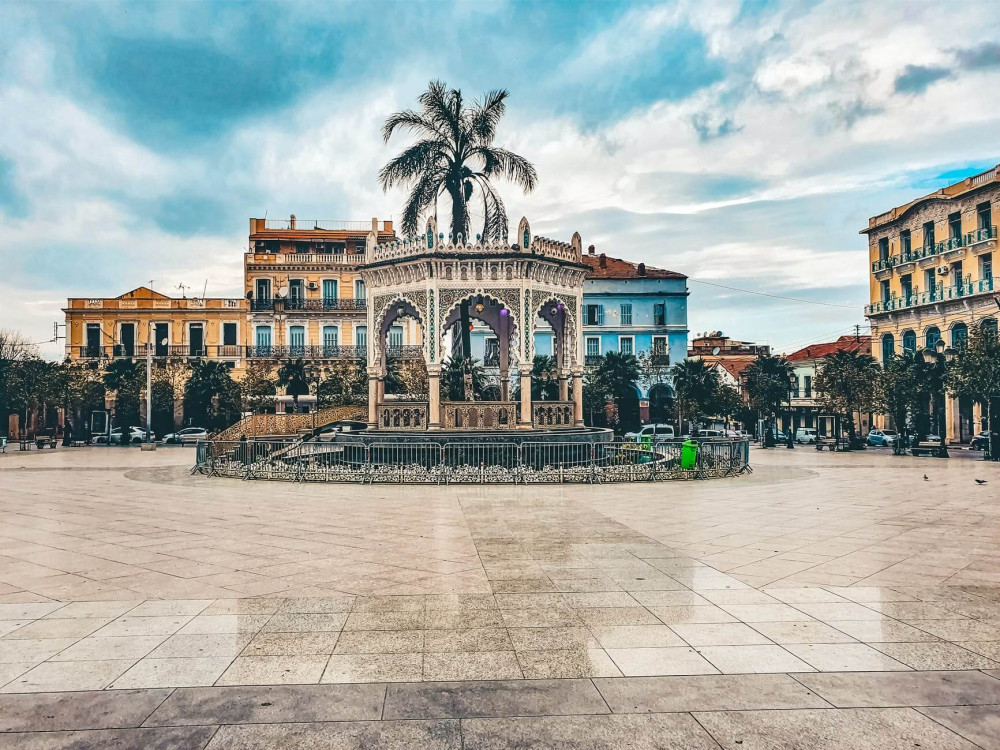 Now that’s an excellent question. For those interested in ancient history there is much to find and explore. It’s the third-largest city in Algeria and sits on a mountaintop with many bridges traversing the Oued Rhumel (Rhumel River). It is an amazing sight with the 656 foot (200 meters) gorge splitting through the city.

With its rich history dating back to 600 BC, it is best to explore this city by walking around as there are just so many spectacular views to take in including the Monument aux Morts or better known as the Monument to the dead of Constantine (800 soldiers killed during World War I).

Although there are not that many places to stay in Constantine, there is a good hotel that is right in the main town square, THE IBIS CONSTANTINE. In fact, this is one of the few places that has a bar where you can get a drink. The city itself is pretty safe both during the day and evening to walk around as the local people are friendly, engaging, and welcoming.

This would definitely be a different type of vacation in a part of the world that doesn’t come instantly to mind as a travel spot. But this is an area full of history and culture within a most interesting setting and landscape. So for those adventurous souls who crave new experiences, this just may fit nicely into your travel plans.

P.S. For those interested in an online business you can operate anywhere in the world here is my #1 Recommendation. 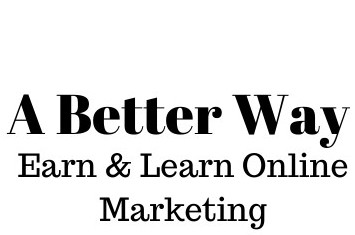 4 thoughts on “Constantine In Algeria”