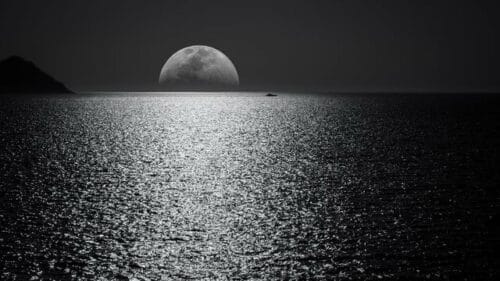 The Apostle Islands, Lakeshore Wisconsin is a group of twenty-one (21) islands and twelve (12) miles of mainland coast on Lake Superior. The majority are located in Ashland County, while a few reside in Bayfield Count in the northern part of the state. The Apostle Island National Lakeshore is a United States National Lakeshore covering 69,372 acres (28,074 hectares). It is comprised of natural animal habitats, old-growth forests, lighthouses, and sea caves. 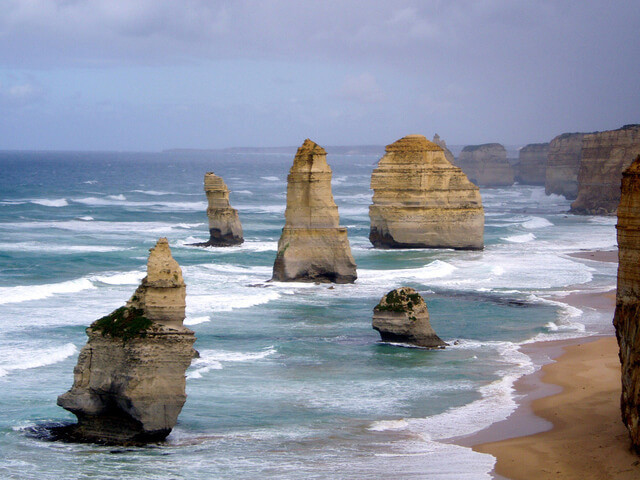 This is a paradise for nature lovers as they are the nesting grounds for herons, swallows, gulls, and cormorants, as well as having a large number of black bears. This area is neglected by most tourists whose primary destination is the state’s national parks. The majority of the visitors are from neighboring Minnesota as well as in-state residents.

There is archaeological evidence that humans were in this area around one hundred (100) BC. Anishinaabe people migrated this way from the east coast about nine hundred and fifty (950) AD. Actually, there are birch bark scrolls that document these migrations. The one that survived the destruction and burnings of the European missionaries can now be found in Washington DC at the Smithsonian Museum.

These original settlers made Mooningwanekaaning (now Madeline Island) their capital. The Ojibwa people were responsible for many agricultural innovations. Over time, they created an enormous nation. Around 1640 the French traders arrived and the capital city of Madeline Island was renamed La Pointe. By 1693 it had become an official Trading Post for the Empire of New France.

With the western expansion of European colonialism, it did not take long for local conflicts to transform into regional wars starting around 1775. Over the next several years Native folks were squeezed into smaller areas that did not provide sufficient sustenance for the people. Tecumseh’s War was fought in 1811 with the United States. Chief Buffalo of the Ojibwa at the last moment chose diplomacy over warfare so that he could negotiate better treaties for his people.

Although the United States planted its flag on the islands in 1816, Chief Buffalo fought both government as well as lumber and mining interests for decades and secured permanent land reserves. The islands were renamed the Apostle Islands by Pierre Francois Xavier de Charlevoix, a New France historian.

Many Points of Interest

Stuff to Do on the Apostle Islands

It is suggested by some that it is better to stay on the mainland and visit the islands during the day, but there are accommodations on the island. Let’s check out a short video and catch a glimpse of the beauty of this place.

* The Lakeshore Trail — this is a great place for a hike as it takes you above the sea caves on the mainland. It starts at Meyers Beach and is about four and a half (4.5) miles (7.24 kilometers). You have to cross a few streams and handle some steep climbs along the way but the views and scenery are well worth the effort.

* Freehands Farms — experience a meal right from the farm located just south of Ashland. You can dine inside the barn or if you want some nice views there is also outside dining. Lunch and dinner are available and they recommend reservations.

* The Big Top Chautauqua — you can experience both national and local productions in the big tent at the bottom of a large hill during the summer months.

* Mount Ashwabay — here’s a great place to mountain bike as their single track trails are part of the CAMBA system of trails. Locate a trail on the south side of Ski Hill Road.

* South Shore Brewery — located in Ashland it just expanded by also opening a taproom and brewery in Washburn. There are tours where you can sample the brew.

* Cruise the Islands — there are a number of tours you can take including the fifty-five (55) mile Grant Tour that takes you by the sea caves and lighthouses throughout the islands.

* Frog Bay Tribal National Park — located on three hundred (300) acres (121.4 hectares) along Lake Superior, this is the first tribal national park in the country. There’s a narrow beach along the lake and a few hiking trails.

* Lost Creek Falls — located outside Cornucopia this small eight (8) foot (2.4 meters) waterfall is a short hike of over a mile from the road. It’s a fun place to explore for its utter beauty.

* Tom’s Burned Down Cafe — this is an outdoor bar in La Pointe on Madeline Island with a very laid-back and funky atmosphere.

* Big Bay State Park — located on Madeline Island you will find red sandstone cliffs with hiking trails, a beach, and a campground. The park is not part of the national lakeshore but well worth the visit.

A Much Different Vacation Experience 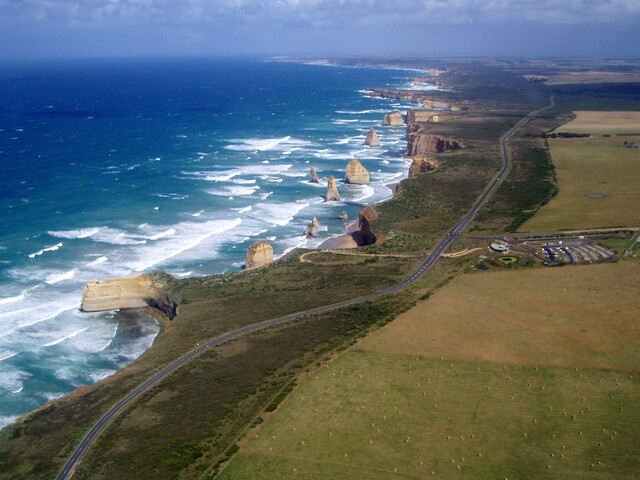 This area of the world is a must-see for people who love nature. Bayfield is a very laid-back lakeside town from which to begin your journey. From there you can gain access to trips to the islands, boat tours, and hiking trails. Being one of the busiest migration areas for birds, this is a great place to bird watch.

From Bayfield catch a ferry to La Pointe on Madeline Island. You can transport your car on the ferry that runs from March until the water freezes later in the year. Getting to the other islands requires a private boat, a cruise, or a water taxi. An outfitter on the island can get you hooked up with all kinds of water sports such as kayaking, sailing, diving, and fishing.

The sea caves are a must-see whether you kayak over to them during the summer months or walk the frozen lake during the winter. A series of interconnected sandstone rooms along the shore of Bayfield and the islands will keep you entranced as if in another world.

Although the islands are open year-round, the Visitor Center in Bayfield is only available from May to the middle of October. Most options are available during July and August, but lighthouse tours and water excursions are available anytime during the warmer months. The winter months provide snowshoeing, snowmobiling, skiing, and an opportunity to explore the sea caves when they turn to ice.

The only resort in La Pointe is The Inn on Madeline Island but there are home rentals and cottages also available on the island. Bayfield has the largest amount of options for lodging such as the Rittenhouse Inn. If camping is your thing there are five (5) sites on the mainland and sites on nineteen of the islands. On Fridays, every restaurant and bar has a fish fry where Lake Superior whitefish and trout are plentiful.

This just may be the type of vacation experience you would enjoy.

P.S. For those who want to take their online business wherever they go here is my #1 Recommendation. 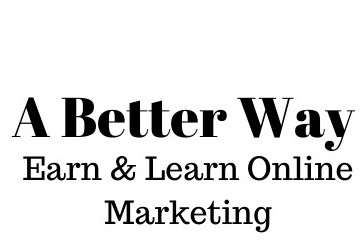