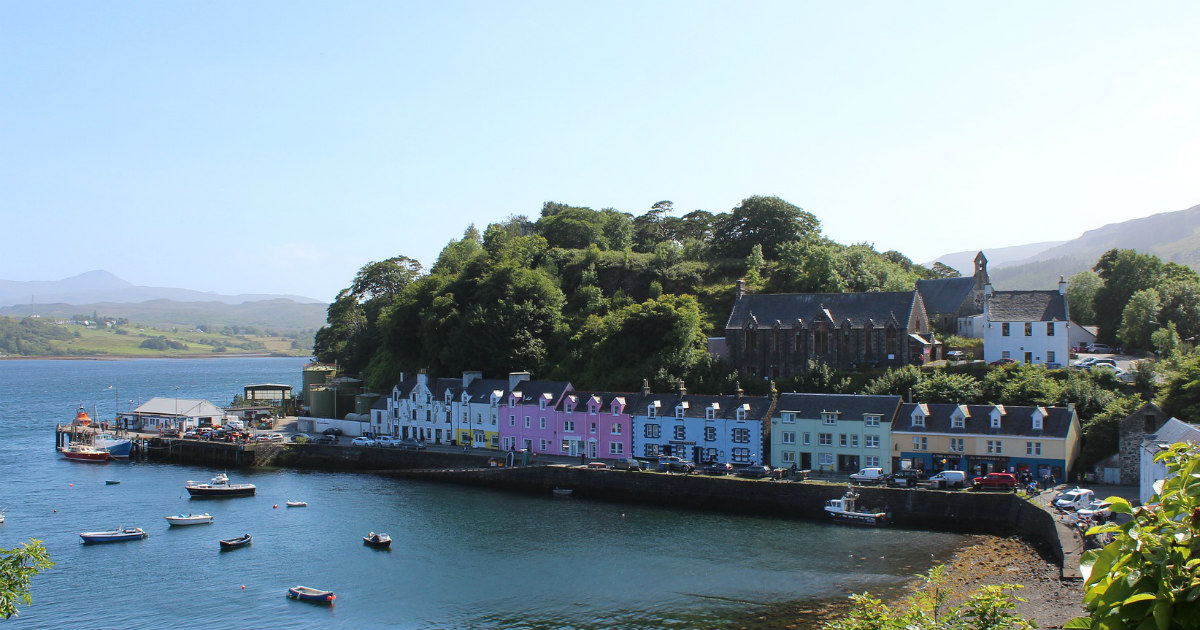 Where Is Portree Scotland? This is the largest town on Scotland’s Isle of Skye. It is also the capital of the Isle of Skye in the Inner Hebrides. Centering around the very active harbor, the town has numerous brightly-colored cottages scattered about. 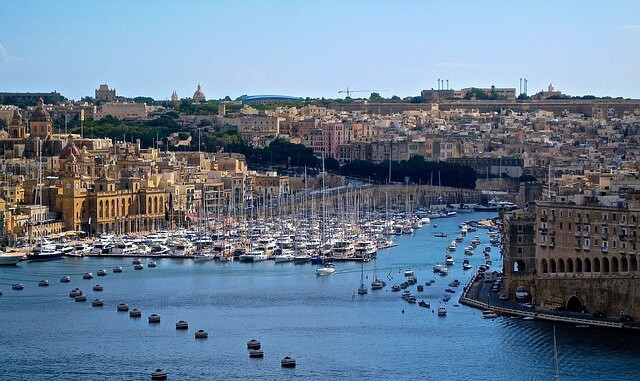 There are many hiking trails where you can enjoy the natural sights of this area. The Scorrybreac Trail, known as The Lump, is highly recommended as it takes you through this headland and is quite enjoyable.

Where Is Portree Scotland? — Some History of the Area

Back in the 1700s, this port town was the point of departure for people from Scotland who desired to escape the poverty of the area and go to America. In addition to this, in the 1840s people also left the area destined for America, but this time it was because of the potato famine.

With all the people leaving during these two time periods the only reason the town survived at all was because of the number of boats traveling between mainland Scotland and the Outer Hebrides as they used Portree’s pier as a place to rest. Also, the local economy increased as the town began to export fish.

The town has the distinction of having the last manual telephone exchange throughout the entire United Kingdom. Also, the name Port Righ (current name) translates as “king’s port”. This is probably due to the visit in 1540 by King James V of Scotland.

A Few Interesting Facts on Where is Portree Scotland

Things to Do in Portree Scotland

* Take a Walk through the Town of Portree — take an enjoyable walk among the colorful cottages overlooking the sheltered bay. Surrounded by hills on the north, south, and west, and to the east, you can view across the bay the Island of Raasay. You will find restaurants and cafes, book stores, gift shops, supermarkets, churches, banks, a cinema at the Aros Center, a tourist information center (access to maps, printable directions, and sources of wet weather gear), as well as a library and swimming pool at the only secondary school on the island.

* Stafainn Dinosaur Museum — here you will find an intriguing collection of dinosaur fossils as well as much history about Middle Jurassic times and the Neolithic era. The museum dates back to 1976 and is the creation of Dugald Ross who recorded Scotland’s first dinosaur bones. It is located twenty-five (25) minutes from Portree and tours are available.

* The Quiraing — located on the north side of the Isle of Skye on the Trotternish Ridge, this ridge is the result of many landslides that have created a number of concealed mesas, cliffs, and peaked hoodoos. The rock formations and scenery are out of this world. There is a four (4) mile (6.8 kilometers) walking loop that is a challenge to hike. Always check the weather conditions prior to venturing off as the trail takes you close to the high cliffs that can be precarious when it is foggy and there are high winds.

* Fairy Pools — this is an adventure to experience in good weather. The first pool you will come upon also has a waterfall and it is about a twenty (20) minute hike from the road. Since you will cross rivers on stepping stones, dress appropriately as the rocks and pathway are muddy and slippery.

* Skye Museum of Island Life — here you can get a good idea of what it was like to live on the Isle of Skye one hundred (100) years ago. This is a nineteenth (19th) century crofting village overlooking the ocean with fantastic views.

* Trotternish coastline — this is a well-known area of the world for geologists since it is an outdoor museum with panels in several areas discussing the Middle Jurassic period when dinosaurs could be seen roaming about. Don’t be surprised to discover some fossils as you roam along the beach or even a tooth or bone of a dinosaur embedded in a rock. Arrowheads from the Neolithic era have also been discovered here.

* Old Man of Storr — about six (6) miles (10 kilometers) from Portree is this fantastic landscape on the Trotternish Ridge. It is one of the most popular destinations on the entire Isle of Skye. The “Storr” is the result of an ancient landslide as this is one of the largest landslide areas in all of Europe. It takes about an hour and a half (1 1/2) to do a round trip hike to reach the base of the “Old Man”. It is considered a difficult trail as it is rocky and steep and very strenuous to transverse.

* Kilt Rock — with ocean views over to mainland Scotland this rock is part of the Trotterish coastline. This rock formation resembles the folds of a Scottish kilt. The Melt Waterfall, which falls into Ramsay Sound, is an excellent location to view the basalt pillar-like rock formations. Always stay within the designated viewing areas as there have been incidences of people falling off of the cliff. Another interesting fact is that this area was the location for a few Sci-Fi movies.

* Fairy Glen — this is a beautiful area that has a rock formation called Castle Ewen as well as a pond and dome-shaped hills.

* Shopping — this is a wonderful place to find handmade articles such as many types of wool products, sheepskin rugs, and other kinds of unusual souvenirs. Many places don’t take credit cards so bring some local currency. 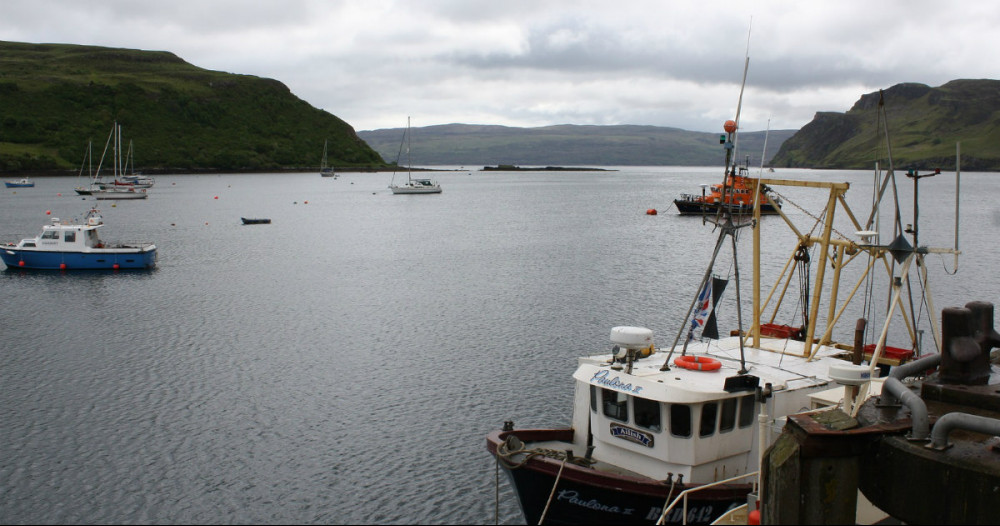 After we have asked, where is Portree Scotland, we soon discover that this is quite an unusual and interesting place for sure. As the cultural center and active port on the Isle of Skye, Portree is quite a popular tourist destination. The harbor is scattered with fishing boats and a variety of other craft.

Whether you desire to lounge around the pool, take a boat cruise, do a bit of shopping, hike among the beautiful landscapes, or take the kids for a pony ride, you will have plenty of activities from which to choose.

There are a variety of choices for accommodations. There are several hotels from which to choose, bed and breakfasts, and cottages that are self-catering. There is also a campsite nearby as well.

This place is worth visiting for its sheer beauty alone as well as its enchanting mystical quality. It also has nine (9) Dark Sky Discovery Sites so it is ideal for stargazing and searching for the Northern Lights.

Enjoy your many adventures around this wonderful planet of ours.

P.S. My #1 Recommendation to learn Online Marketing properly so you can Earn while you Travel… 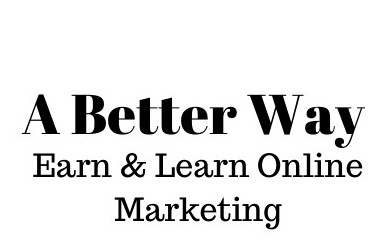 6 thoughts on “Where Is Portree Scotland?”