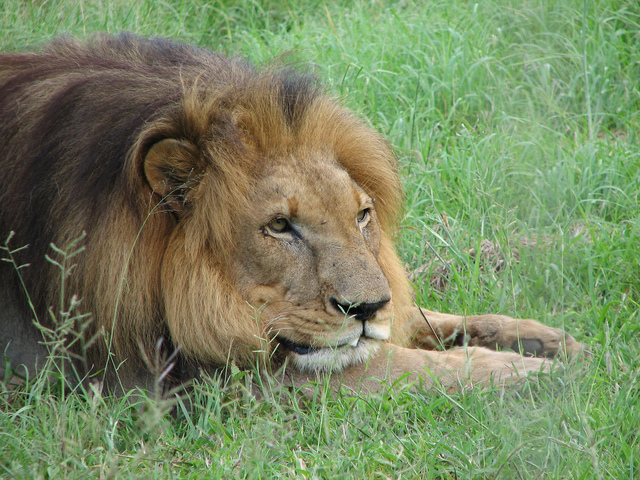 Okay, so where is Eswatini (eSwatini)? Located in southern Africa, it is Africa’s last absolute monarchy. In fact, in 2018 King Mswati III changed the name of the country from Swaziland to Eswatini (Land of the Swazis), as 2018 marked fifty (50) years of independence for this country. 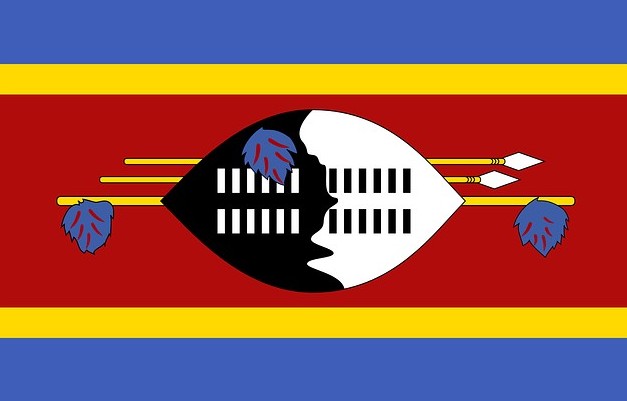 It is visited by many folks because of its numerous year-round outdoor activities such as viewing and photographing the wildlife, riding on horseback across the Malolotja grasslands, and whitewater rafting on the Great Usutu River. Let’s now check out some more details about this place.

A Few Interesting Facts about Eswatini

A Few Things To Do

Let’s start this section off with a video which will give you some idea of the terrain and the absolute beauty of this part of Africa, as well as all the variety of plants and wildlife.

* Let’s Take a Hike — with so many beautiful landscapes throughout the country, which has been responsible for it being called the “Switzerland of Africa”, you will find hiking to be a most enjoyable experience. Taking a hike through the green terrain and the gorgeous mountains is something not to be missed. A couple of ideal spots to check out for hiking are the Milwane Wildlife Sanctuary and the Malolotja Nature Reserve.

* Check Out the Wildlife by Horseback — the Milwane Wildlife Sanctuary is also a great place to go horseback riding. You can stay at their main camp in one of their beehive structures and ride through the area of Nyonyane Mountain and Execution Rock.

* Take a Drive through the Countryside — driving through the country by car can be fun and a great opportunity to take some photos of this incredible rural area. Not far from Mbabane is Sibebe Rock which is the second biggest monolith in the world (the largest being Uluru in Australia)

* How About Some Mountain Biking — the Mlilwane Wildlife Sanctuary is also a great place for some mountain biking. As I mentioned previously the sights and scenes in this area are just breathtaking. Although you can observe a variety of wildlife such as warthogs, wildebeest. zebra, and kudu, the park doesn’t have any predators so you will be safe while cycling. The trails are well-marked, so it’s your choice if you want to take a guide or not.

* Now for Some Whitewater Rafting — the Great Usutu River is the place to be for this type of adventure. The river is located in the eastern part of the country near the Mkhaya Game Reserve. Rafting trips are available either half or full day, and for those adventurous souls you can also do some cliff jumping, abseiling, as well as touring some caves. 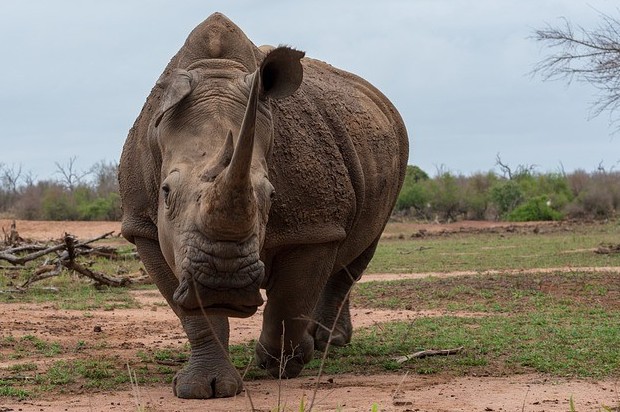 * What about Rhino Trekking? — for those brave enough to get out of their 4×4 vehicles and get a closer look at the rhinos, this may just be the adventure for you. Walking up close to a rhino is both an exhilarating and frightening experience. The best place for this is Hlane Royal National Park. A good guide will put you at ease and keep your safe. African Budget Safaris is one place to check into this activity. The country’s work in rhino conservation has paid off as they have lost three (3) rhinos to poaching in the last twenty-four (24) years, compared to South Africa where two (2) to three (3) a day is common.

* Camping Under the Starlight — there are several national parks throughout the country, including the two (2) I previously mentioned, where you can get in some good camping. Being out in the middle of nowhere the sky is so well lit with stars that it is quite spectacular.

* Time to Go on a Safari — this is one of the best things to do in Eswatini because you have at least four (4) national parks with plenty of wildlife and not a lot of tourists. The country has strict laws against poaching to protect the wildlife, especially the rhinos who are a big target of poachers. One of the best places for a safari is Mkhaya Game Reserve. When on safari be clear on what you desire to see, especially if it is a private outing where you can direct how to spend your time.

* Take a Cultural Tour — this country has very strong cultural traditions and getting to know how the locals live is quite interesting. In today’s day and age some of these traditions, such as ubiquitous polygamy and an absolute monarchy, can be controversial. There is also a custom for women not to eat the head or feet of a cow. The belief is that if she eats the brains she will become intelligent, if she eats the tongue she will talk back to her husband, and if she eats the feet she will run away (that is also why the Swazis say never to buy your wife a pair of shoes). Nonetheless, speaking to the local folks about their beliefs can be quite enlightening. You can tour many villages throughout the country and get an authentic cultural experience. 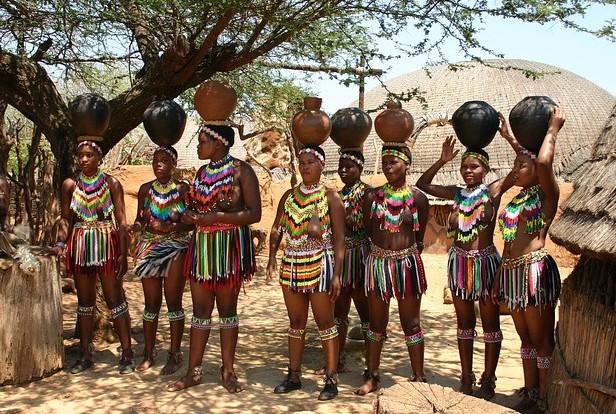 * Let’s Shop for some Souvenirs — handicrafts and souvenirs are symbols of this rich cultural tradition. There are a number of handicraft markets scattered about where you can find some unique items. You also get to support the local artists and women’s cooperatives as well. The best place in the country for this type of shopping is in the Malkerns Valley area. Swazi Candles is one of the most well-known handicraft outlets in all of Southern Africa. Located in Malkerns Valley you will find an assortment of pigment-colored candles designed in every African animal shape you can imagine. You can watch the workers while they hand-mold the designs.

* Attend the MTN Bush Fire Festival — considered one of the Best Festivals in the world, it takes place at the end of May and sells out fast. So if you have an interest to go, get your tickets ahead of time. 2020 will be its fourteenth (14th) year of hosting this festival, which provides a combination of international and Swazi acts which include live acts, DJs, poets, filmmakers, a Global Food Village, numerous craft stalls, and a large camp site.

* Visit the National Museum — located in Lobamba you will find many interesting displays of Swazi culture here including a traditional beehive village and cattle enclosure, as well as King Sobhuza II’s cars from the 1940’s. You can also visit the King Subhuza II Memorial Park as well.

Many Reasons to Visit this Most Intriguing Land

As you can see from the information above there are many reasons to check out this area of the world. On the surface, you would not immediately think that this is a place that would offer so much to do or see. It certainly isn’t high on the bucket lists of the people I know.

The interesting thing is that for those who have visited Eswatini they were astonished at what they discovered and experienced. The opportunity to see rhinos, even of the rare black variety, is quite an unforgettable experience. In the big game park in Mkhaya you will find antelope wandering just outside your lodgings.

It is also a lot of fun to participate in some of the cultural activities such as dancing. There is quite a bit to see within this small country (6,704 square miles or 17,363 square kilometers) with its lush scenery and landscapes.

This country is definitely off the beaten track but well worth the time to visit. You get to experience a slower pace of life in an area without a lot of tourists, and even the guided tours are comprised of small groups.

There is a lot of history here with Ngwenya being the world’s oldest mine with iron ore deposits from one of the oldest geological formations anywhere. Mining has taken place here since the Stone Age.

This is a country filled with tradition and art such as unusual museums, lively festivals, arts and crafts, and plenty of outdoor activities. Wildlife is easiest to observe during the winter months of May to September when it is dry with low vegetation and water sources.

For those looking for a place for fine dining while exploring this area check out the Lihawu Restaurant in Ezulwini Valley. It is part of the Royal Villas Resort. The menu is Afro-fusion with meat dishes such as pork belly and oxtail stew, vegetarian choices, and an excellent wine list. For a more Swazi experience with traditional dishes check out eDladleni which has spectacular views in a serene setting located in Mbabane. It also has vegetarian options. For burgers, sandwiches, salads, and homemade cakes there is the Sambane Coffee Shoppe in Malkerns Valley. It is located near the handicrafts outlets.

So that’s about it for Eswatini or the former Swaziland. I look forward that I piqued your interest a bit about possibly adding this area of the world to one of your future destination spots.

Happy and Joyous travels wherever you go, 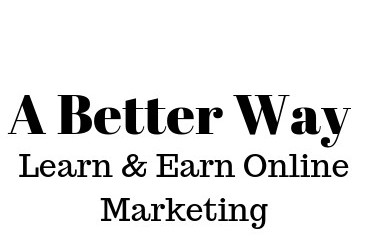 16 thoughts on “Where Is Eswatini?”