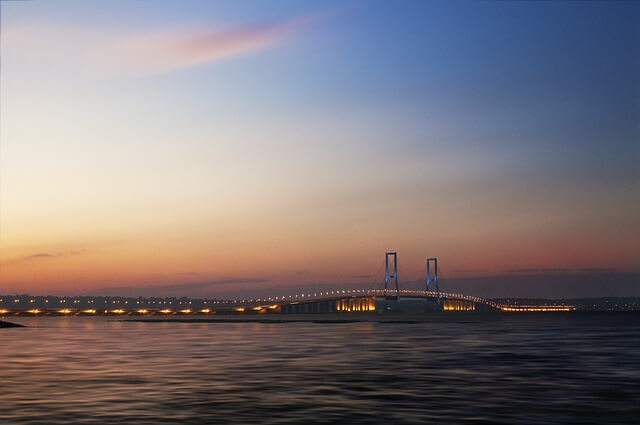 So where is Surabaya Indonesia? Actually, it is on the island of Java and it is a port city. A mixture of buildings and canals from its Dutch colonial history and modern skyscrapers, it has a nice blend of the old and new architecture. The canals were used as trading routes by the Dutch colonists. 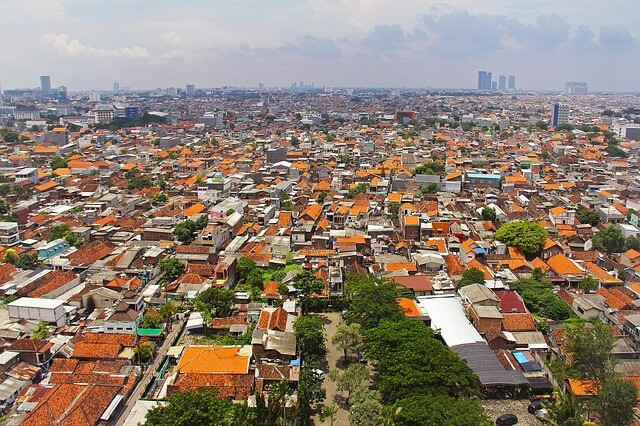 The old-world charm is signified by the religious landmarks, restaurants, shops, and markets of Chinatown and the Arab Quarter. In addition to the hectic pace of the city, there are some beautiful beaches close by. You can see some gorgeous sunrises and sunsets at Kenjeran Beach, and it also has some amusement rides and is located right next to the city. About two (2) hours by car you will find Nepa Beach, Bentar Beach, and Delegan Beach.

Surabaya was settled in the tenth (10th) century by the Kingdom of Janggala. In the sixteenth (16th) century, it became a major military and political power under the Majapahit Empire. Located on the River Brantas delta it was a major trade port for Malacca and the Spice Islands in the Java Sea.

After the death of Sultan Trenggana of Demak, it gained its independence in 1546. Islam had taken root in Surabaya by the late fifteenth (15th) century. It was overtaken and captured by the Sultanate of Mataram in 1625. Then in November 1743, the Dutch East Indian Company conquered the area from the Mataram.

By the eighteenth (18th) and 19th (nineteenth) century, it was the largest city in the entire Dutch East Indies. Now a major trading center, it had the most extensive naval base under the Dutch colonial government.

Led by the Indies Social Democratic Association, the sailors and soldiers staged a revolt that was immediately crushed by the government. Then in 1942, the area was occupied by the Japanese and was bombed by the allies in 1944. Indonesian nationalists seized the city after the war and were then in conflict with the British who were caretakers of the Dutch colony.

Thousands of lives were lost fighting the Allies in the Battle of Surabaya during the Indonesian National Revolution in November 1945. The Indonesians celebrate Hari Pahlawan (Heroes’ Day) on November 10 to honor the lives lost. Because of the importance of this battle, the city is known as Kota Pahlawan (the city of heroes) as it solidified international support for their independence.

The city received the Adipura Kencana Award in 2011 as the top city among twenty (20) cities in all of Indonesia. It is known as one of the cleanest and greenest cities in Indonesia.

Some Facts to Consider

Fun Things to Do in Surabaya

* Tea at Majapahit — the Majapahit Hotel is a historical landmark in the city. It’s a 1910 colonial mansion in a beautiful setting with manicured lawns. Marbled bathrooms and polished floors maintain its classic ambiance. In the afternoon you can get high tea and sandwiches.

* See Cheng Hoo Chinese Mosque — it is a bright green, red, and yellow building with a traditional pagoda with lion and dragon motifs at the entrance. The city has a large population of Chinese Indonesians who originally came here as traders.

* Monkasel Submarine — this is a Russian submarine that was part of the Indonesian Navy after Indonesia gained independence. It is now a tourist attraction. It is located on Pemuda Street in the middle of the city close to the bank of the Kalimas River.

* Bromo Midnight Tour — located in the Bromo Tengger National Park this active volcano is a main attraction. The midnight tour allows you to see the sun rise behind the volcano with the gorgeous landscape of this park. 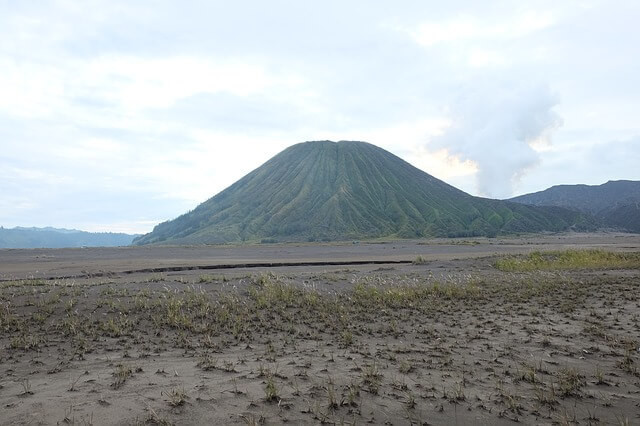 * The Bull Races on Madura — just off the coast of Java is the island of Madura. July through August there are bull races here to celebrate the rice harvest. There are several options for getting over there from Surabaya and you may want to stay the night as well.

* Suramadu National Bridge — this is one of the longest bridges in Southeast Asia. It connects Surabaya with Madura. It is visible from most places on the waterfront. At night, it is quite impressive with its multi-colored lighting.

* Harbor Cruise on Artama III — this is a good way to explore this seaport city. It’s a two (2) hour cruise along the waterfront with views of the port and the Suramadu Bridge.

* Klenteng Sanggar Agung — this is a Chinese temple located on the edge of the city with a nice view of the ocean. It is a very restful place with its many candles and the aroma of incense. It is frequently by followers of Tridharma or the Three Teachings (Taoism, Buddhism, and Confucianism).

* Sampoerna Museum — this is quite an interesting place as it is the museum of a cigarette factory. Sampoerna is a well-known brand of clove cigarettes from Surabaya and you can learn about the history of the company within this active factory. It is located within an impressive colonial-era building with the museum downstairs. There are several exhibits with old photos and family collections. You will learn about the origins of the company and how its advertising has evolved over time. Upon the second (2nd) floor, there is a viewing room to observe the factory operations. The museum also sponsors a free tourism bus that will take you around the city.

* Taman Bungkul — this is one of the main parks in the city with lots of greenery and tranquility amidst the hustle and bustle of this metropolis. There’s a small charge to enter the park. It is quite active in the evenings

* Attend a Football Game — football or soccer is most popular here and the Persebaya Football Club plays their home games at Gelora Bung Tomo Stadium with a capacity for fifty thousand (50,000) people who bring a lot of passion and excitement to the games.

* Visit the Malls — malls are a big part of the Indonesian culture and they are a fun place to shop or catch a movie. A lot of socializing goes on in the malls. Two of the most popular are Tunjungan Plaza and Ciputra World Surabaya.

* Traditional Food — food is a main interest of the people in this city with many options. For traditional food and snacks, the place to go is Kartiko at Pasar Atom. You get a very big selection of sweet and savory food. The food here is excellent and at a modest price.

* Surabaya Monument — an image of a crocodile and a whale is the emblem of Surabaya. Sura means whale and Baya means crocodile in Sanskrit. They symbolize peace and war according to legend.

* Surabaya Bars and Nightlife — there are plenty of excellent restaurants in the city. Nightclubs and bars are also prevalent. The Our Bar has a more relaxing atmosphere, while The Colors Pub and Restaurant gets a bit wilder.

Is Surabaya, Indonesia Worth Visiting? 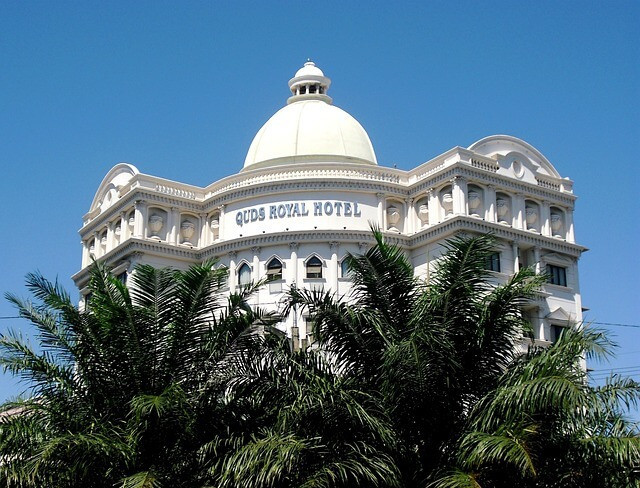 I would give this a most definite YES! There is so much to do in a friendly environment at a modest cost compared to other places in the world. Being a metropolitan city there is a strong international influence making this an ideal place for both pleasure and business.

Here is a list of some of the Best Hotels with a range of prices that give you a variety of choices. If you are interested in setting up a tour in advance here is some information on East Java Tours.

Although a large city with a reputation for business and trade, it does have plenty to see and do from viewing the sunrise at Kenjeran, exploring Chinatown, and visiting Surabaya Carnival Park. It is known for being clean and green. It is also considered very safe but like in any big city, it is important to stay aware of your surroundings. Be careful of crossing streets and roads as the traffic is a bit crazy.

Although not as popular as Jakarta or Bali, Surabaya has its own ambiance and flair. It is more of a working port and trade center than a tourist city, but it does offer a lot. This just may be a place to put on your list of destinations.

P.S. For those who are interested in combining travel, fun, and earning some bucks, check out my #1 Recommendation for an Online Business Training Platform. 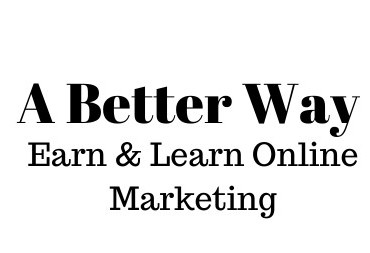 8 thoughts on “Where Is Surabaya Indonesia? Let’s Explore A Bit”