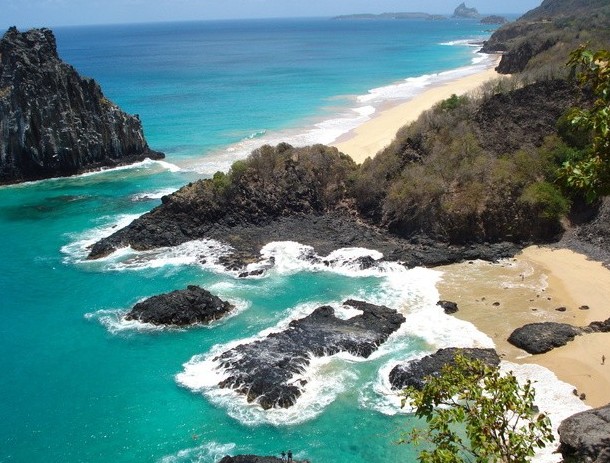 When I first asked myself where is Fernando de Noronha, I had no idea at all. In fact, I had never heard of this place. It is actually a volcanic archipelago off of Brazil’s northeast coast about two hundred and seventeen (217) miles or three hundred and fifty (350) kilometers. The main island is referred to as “Noronha,” and it has some of the most gorgeous tropical landscapes anywhere in South America.
These islands are comprised of very diverse ecosystems with many undeveloped beaches. It is a great place for snorkeling, scuba diving, and checking out the marine life in the clear, warm waters. There are plenty of reef sharks, rays, dolphins, and sea turtles with which to get acquainted.

What is there to Explore on these Islands

* Pico Mount — this is the largest volcanic peak on the islands. It is located on the main island of Fernando de Noronha,

* Baia de Sueste (Sueste Bay) — here you can go snorkeling and observe may species of marine life such as tropical fish, turtles, and lobsters. From here it is just a short drive to Praia do Leão (Lion Beach), which is one of the most pristine and beautiful beaches anywhere in these islands.

* Let’s do some Hiking — there are numerous deserted beaches hidden among the caves, hills, and cliffs which are only accessible by hiking in. You will find plenty of trails throughout the area. One great place to hike is around Praia do Leão since it provides great views of the beach and the Atlantic Ocean.

* Check Out the Shark Museum — this is a small museum located on the northern peninsula, but it is a great place to spend some time and learn more about the marine life in this area. There is no entrance fee, and you can get plenty of information and even see the skeletons of whale sharks, reef sharks, and hammerheads. You get a good idea of just how large these creatures are.

* Take a Boat Tour of the Islands — this is a great way of getting a different view of where you are and how all the islands are spread about. You get a different perspective of the high cliffs, lush vegetation, and sandy white beaches. You can do some snorkeling and enjoy the scenery. Your hotel can help you arrange this and the average price is about thirty-seven ($37 USD) dollars or 140 R$ BRL.

* Rent a Dune Buggy — this is an ideal way to get around the island because you can access some hard to get to places. These more secluded places are off of the main road and it gets rather muddy as it follows along the coast. The place to rent them with the most options is LocBuggy and it costs about sixty-seven ($67 USD) per day or 250 R$ BRL.

* Have some Fun Kayaking — this is a fun way to check out the various beaches and enjoy the area. There is a three (3) hour paddle from Porto Santo Antonio which will take you along the coast with stops at beaches as you paddle along. These are tours which come with water and snacks. It costs about thirty-three ($33 USD) dollars or 125 R$ BRL.

* What about some Horseback Riding — this is an enjoyable way to check out the back roads, trails, and beaches. You can get this set-up through your place of lodging. It costs about sixteen ($16 USD) dollars per hour or 60 R$ BRL.

* Bay of Dolphins — this is the place where you can see dolphins and at some times there will be hundreds of them swimming around. This area is part of National Marine Park, and you have to take a path along the cliff in order to get to the lookout. It is best to go early for ideal viewing. Get there around six (6) am. 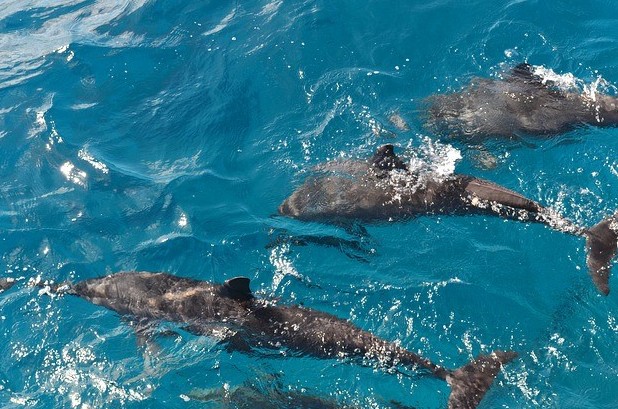 * Plenty of Historical Sites — Noronha, was once a military base, and there is a walking trail on Vila dos Remedies which passes by many of the remaining sites. You can see some remnants of forts, the Noronha Memorial historical museum, the Church and Fort of Nossa Senhora dos Remédios, and the Palacio of São Miguel.

* Atalaia Beach — natural aquariums from water pools left between the reefs are formed when the tide goes out. This is a great way to check out the marine life since fish get caught up here in these pools and can’t get out until the tide returns. You will see plenty of tropical fish as well as starfish.

* Time for some Diving — this area is considered one of the best diving areas in South America because of its warm water and very clear visibility. At Buraco do Inferno you will find an underwater cave to explore, and at Caverna da Sapata there is a rocky wall of sponges. You can get diving lessons at Morro de Fora which cost about one hundred and twenty-five ($125 USD) or 470 R$ BRL.

* Check Out the Beaches — For its fantastic rock formations, white sand, and turquoise waters you will find Paria de Sancho one of the favorite local beaches. At Boldro you will find long stretches of gold-like sand with beautiful sunsets filling the sky with every color imaginable. At Baia dos Porcos  there are clear waters and ragged peaks.

* Project Tamar — this is a Brazilian environmental entity which focuses on the conservation of turtles. Here you will learn how the turtles have become endangered and the steps which are being taken to protect them. December to June is hatching season where you can view newly hatched turtles heading out to the sea. The entrance fee to the Center is two dollars and fifteen cents ($2.15 USD) or 8 R$ BRL.

Here is a short video to give you a better flavor of what this area is all about:

A Few Other Incidentals to Know About

In addition to all that there is to do around these islands, let’s discuss a few practical items. You can save money on food by shopping at local grocery stores. The stores on the island are about thirty (30%) more expensive than on mainland Brazil, but it is less than eating out all the time.

You have a lot of options with Airbnb from shared or private rooms to entire homes or apartments. Prices range between thirty ($30 USD) or 113 R$ BRL to two hundred and seventy-six ($276 USD) dollars or 1037 R$ BRL per night.

There is also a nature or environmental tax charged to visitors which is about twelve ($12 USD) dollars or 45.6 R$ BRL per day. The national park fee is thirty-five ($35 USD) dollars or 130 R$ BRL which covers ten (10) days.

Mainly because of its remote location, things here are more expensive than the mainland. You can save a few bucks by shopping around for best prices and visiting during their slow season between April and November. Many people couch surf where they hook up with locals so they can stay for free and also have someone who knows the ins and outs of the area show them around.

Make sure you have sufficient travel insurance because if there is a medical emergency healthcare is limited on the island, and you will need to be transported to the mainland. Also bring plenty of mosquito repellent. It is best to use brands which are environmentally sensitive to comply with the island’s conservation policies and regulations.

There are practically no ATMs or money changers on the island so bring sufficient cash in the form of Real. Also, at lunchtime there is something called “comida por peso” which is “food by weight” where you save money and get plenty to eat.

You can get around the island by taxi, bus, buggy, or even hitchhiking. Taxis work on a fixed rate and it is eight ($8 USD) dollars or 30 R$ BRL between the airport and Vila dos Remédios. Dependent on where you are going on the island the rates range from 20 to 45 R$ BRL or $5.30 to $12 USD.

Buses run from 7 am to 11 pm daily and there are signs for bus stops on the roads. They come by every thirty (30) to forty (40) minutes. They go from one end of the island to the other. From the airport to Vila dos Remédios costs about $1.35 USD or 5 R$ BRL.

The easiest way to get around is to rent a buggy which costs about sixty-seven ($67 USD) dollars or 250 R$ BRL per day. This does not include fuel and you need a Class B driver’s license. On the other hand, hitchhiking can be fun and a great way to get around as well as to meet the locals.

Not a Bad Place to Visit

Even though the prices are high due mostly to its remoteness from the mainland, and because this has become a haven for celebrities from Brazil, this is the place to be if your are looking for a relaxing time with a deserted island feel, but also with a bit of luxury thrown in. It really is one of the most beautiful places in South America.
These islands have the most consistent temperatures in the world as it hardly ever gets colder than 64°F (18°C) or hotter than 90°F (30°C). Although the rainy season runs from May to August the rainfall is very sporadic and doesn’t last a long time. During this time you can get better deals on tours and lodging.

The ocean is usually the calmest during April so this is the best time to go diving. Peak season here is winter in North America, but it never gets real crowded since only around four hundred and fifty (450) people to five hundred (500) are allowed on the island at any one time.

Even though there are plenty beaches to explore, from January to June some of them are closed or have limited access due to the turtle nesting season. This allows the turtles to have some peace and quiet while nesting. This is something you can check out with your hotel.

All in all this may be an interesting place to add to your travel itinerary.

All the Best and Happy Travels, 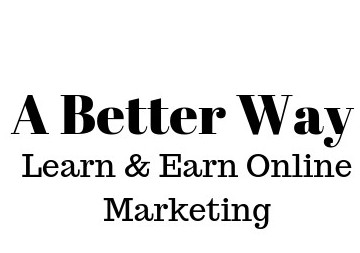 12 thoughts on “Where Is Fernando de Noronha? — We Are About To Find Out”