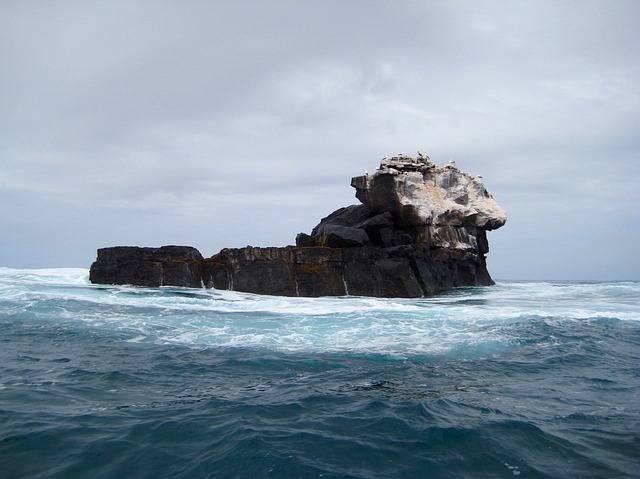 Where are the Galápagos Islands Located? That is a very good question. Many people will know right off the bat. Even though I had heard of them before, I was not quite sure. 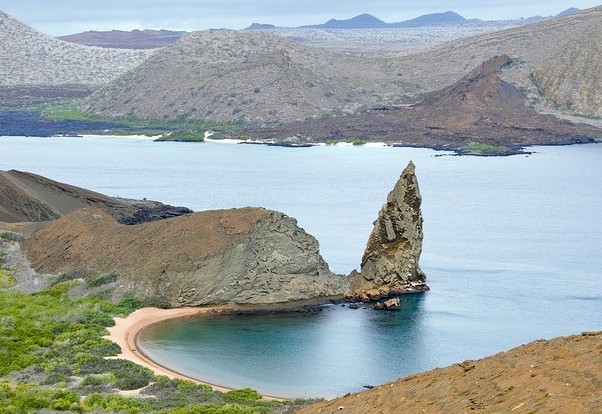 This gave me an opportunity to do some research and share it with you. Even if you know where they are, I may be able to present some information of which you were not previously aware. So let’s get started.

Located off the coast of Ecuador in the Pacific Ocean, the Galápagos Islands are a volcanic archipelago. They are a province of Ecuador and are known for a visit by Charles Darwin in 1835. There is plenty of diverse plant life and animal species throughout the islands. It has been said that this area and its plentiful wildlife inspired Darwin’s theory of evolution.

The islands are located approximately six hundred and twenty-one (621) miles (1000 km) off the coast of Ecuador. Here are a few more interesting facts:

Things to See and Visit 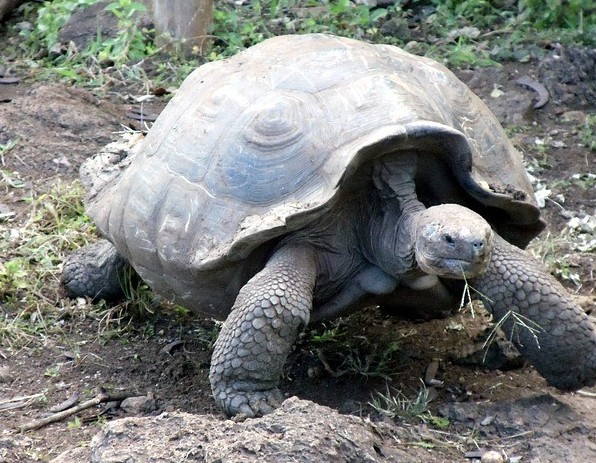 This is a most fascinating part of the world. The landscapes are like nowhere else in the world, and you can also see the world’s largest tortoise while walking on the beach, or take a swim with sea lions

In 1987 the islands were named the world’s first UNESCO Heritage site because of all the interesting and scientific species scattered throughout the area. About ninety-seven (97%) percent of the archipelago remains untouched and is protected as part of the Galapagos Islands National Park and Marine Reserve. This is definitely one of the most bio diverse places anywhere on our planet.

Before I get into specific places to visit on your trip, take a look at this video in order to get a good feel for the place.

* The Volcanoes — There are both active (12) and extinct volcanoes around here, and there are occasional eruptions. The largest volcano is on the northern part of Isabela island. In the village of Bellavista on the island of Santa Cruz there are a series of underground tunnels (lava tubes) which are fun to explore. As it moved beneath the surface, the flowing lava carved out these tunnels.

* Check Out the Islands — Volcanic eruptions over millions of years formed these islands. The oldest island is Espanola and it is thought to be three million and five hundred thousand (3,500,000) years old. Fernandina comes in as the youngest island at only one million (1,000,000) years old. There are small communities scattered about through the inhabited islands of San Cristobal, Santa Cruz, Isabela, Floreana and Baltra. You can visit the uninhabited islands by boat. Each island is unique in its activities, wildlife, and landscapes. Among the uninhabited islands Rabida is known for its red sand beaches and flamingos, while on the small lava reef of Isla Mosquera you can swim with sea lions. The most photographed island is Bartolomé because of its moon-like landscape and crescent bays.

* Kicker Rock — Also called Leon Dormido because of its resemblance to a sleeping lion, it is a great place to take a few photos. You will find a diverse range of sea life around there such as eagle rays, starfish, Galapagos sharks, and sea turtles. Be advised that the waters are rather choppy around there. While being a refuge for Frigatebirds, the rock is also populated with Nazca boobies.

* The Santa Cruz Highlands — Here you will find the Escalesia and Miconia forests which is a natural habitat for many species because of its fertile soil and vegetation. This is a great place for bird watching, and it also has the largest population of Galapagos tortoises. Some of these guys and gals are over one hundred (100) years old.

* Tortuga Bay — Here you will find white powder sand beaches on Santa Cruz Island. For snorkeling and swimming this is the place to be, and you will have plenty of friends to keep you company like sea turtles, marine iguanas, reef sharks, and other types of fish.

* La Loberia — You can swim alongside numerous sea lions and their pups in this tiny crescent-shaped bay. It is off the main tourist routes, but well worth the trip. In the clear waters you will also find a few sea turtles moving slowly about.

* The Charles Darwin Research Station — Located on Santa Cruz Island, this is an ideal place to learn about the natural history of these islands. There is ongoing conservation work being done here by the Charles Darwin Foundation. There are natural history collections and photography exhibits in the exhibition hall. You can also find a public library filled with books on natural sciences, a large skeleton of a Bryde’s whale, and a garden which has a wide selection of native flora. Although Charles Darwin is connected to these islands, they were accidentally discovered in 1535 by Father Tomas Berlanga who was a Panamanian bishop who lost his way when his ship drifted off course.

Other Things to Do on the Islands

* Let’s Take a Hike — There are several very good hiking trails on many of the islands on which visitors are allowed. Whether it is the lush, green highlands, blackened lava rock, beach walks, or hiking through a forest on the island of Santa Fe with cacti as high as thirty-two (32) feet (9.7 meters), you have plenty of choices for hiking trails.  Keep in mind many of the trails are rocky so be prepared with good hiking shoes or boots.

* Scuba Diving and Snorkeling — With crystal clear waters and marine life not found anywhere else in the world, this is one of the top destinations on the entire planet for snorkeling and scuba diving. While you can snorkel anywhere, there are some prime scuba diving spots such as Shark Point, Gordon Rocks, and Darwin’s Arch. All in all there are about thirty (30) diving sites throughout the islands.

* Swimming and Kayaking — There are plenty of ways to enjoy the water in this area including kayaking in the ocean and swimming alongside wildlife in the shallow waters of Tagus Cove and Gardner Bay. Now some of the best places to just relax on the beach are Tortuga Bay, El Garrapatero, and the beach on Bartolome Island.

* Coffee and Chocolate Farms — In addition to wildlife diversity on the Galápagos Islands, agriculture is also a vital part of this area with many fincas (farms) scattered about which produce coffee and chocolate. After it was discovered that arabica typica coffee plants would thrive in this rich volcanic soil, coffee plantations were set up in 1869. Coffee is their biggest export, and guess who their biggest importer is: Starbucks. Follow the transition of the coffee process from cherry to bean to cup at coffee plantations on the island of Santa Cruz. Also while on Santa Cruz check out Chocolapagos, the local chocolate shop featuring chocolate turtles. 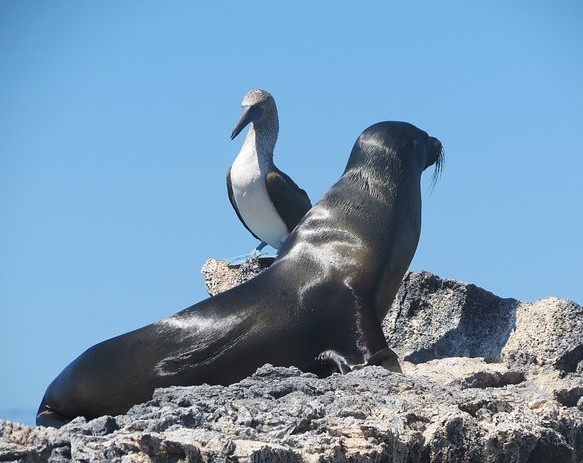 * Bird watching — Being a protected sanctuary for all kinds of species of wildlife, you will find plenty of birds to view and observe. There are fifty-six (56) species of native birds on the islands and forty-five (45) of them only reside here. There are migratory species among the shorebirds and seabirds. You will find frigate birds, blue-footed boobies, Galapagos penguins as well as American flamingos.

* Lots to Photograph — You will not run out of wildlife and landscapes to photograph. Most of the animals around here have no fear of humans so you can get up relatively close to take your pictures. You can take close up shots of large tortoises, marine iguanas, birds, and sea lions.

* Hop Around the Islands — There are plenty of islands to check out on this archipelago. The easiest way to do this is by taking a cruise as there is quite some distance between some of these islands. You will find that most of the cruises travel at night so that you have plenty of daylight to check things out. You will have time to do some snorkeling in these beautiful waters as well as spending time onshore exploring the islands. There are also Zodiac rides to some of the smaller islands which are inaccessible to the land-based visitors.

, and over four hundred (400) species of fish, with fifty (50) of them being unique to these islands.

For those who may have some interest in visiting this enchanting place, it is best to fly into either Guayaquil or Quito in mainland Ecuador. If you have time visit Quito as it is the best preserved historic spot in all of South America according to UNESCO. Then fly to either to Baltra or San Cristobal on the islands.

With low humidity and moderate temperatures this is a place you can visit any time of the year. On the other hand, if you want to see whales, the best time to go is in June. August is the pupping season for Galapagos sea lion babies.

Since the location of these islands is so isolated, it’s a good idea to bring the items you need with you. Otherwise, they are quite expensive and in limited supply. Don’t rely on the ATMs on the islands; bring enough cash. You definitely want good quality hiking or walking shoes which will hold up; save the flip-flops and sandals for on board the cruises and walking about town.

Now don’t forget that the Galápagos Islands are located right on the Equator, so don’t be shy about bringing plenty fo sunscreen (water-resistant and reef safe preferred). The UV rays are extremely intense around here.

Well, there you have it. We not only found out where the Galápagos Islands were (for those who didn’t know), but we discovered many interesting places to visit, and a bunch of activities to pursue. This just may be a place in the world which you want to add to your present or future travel plans. 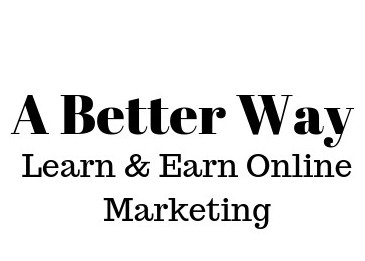