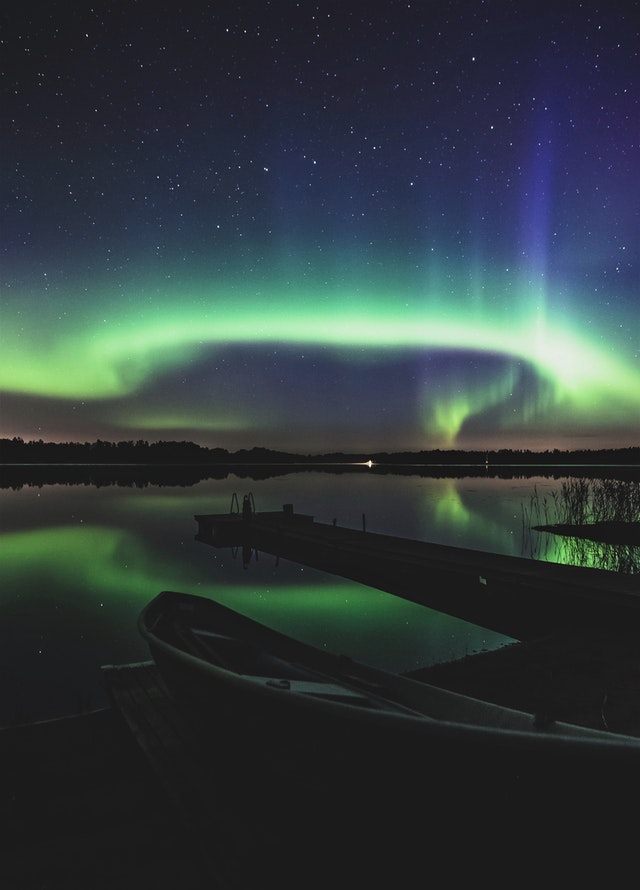 In the northernmost region of Finland (it is actually a part of Finland and Sweden) there is an area of the country which borders the Baltic Sea as well as Russia, Norway, and Sweden. Even though it is sparsely populated, when we ask what to do in Lapland, we are pleasantly surprised to discover many fun and varied activities. 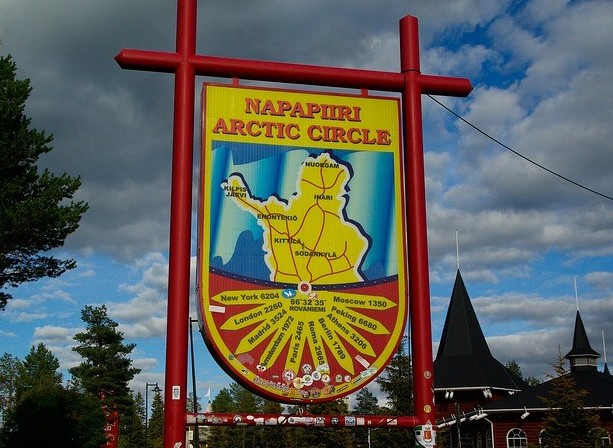 The Russian Empire annexed the eastern part of Sweden in 1808 and created the Grand Duchy of Finland which split up Lapland into both a Finnish and Swedish part which still exists today. Actually, the region of Lapland extends through Sweden, Norway, Russia, and Finland.

With Father Christmas roaming about, it has a Christmastime aura every day of the year. This subarctic wilderness displays the Northern Lights and the midnight sun. Let’s get going and learn a bit more of the details of this most fascinating part of the world.

Breaking Down a Few Interesting Facts

This area of the world is most definitely a Winter Wonderland. The dark winter days are balanced out by the twenty-four (24) hour daylight in the summer. Also the quiet and peace of the wilderness is balanced by the hectic activity of the ski resorts and the towns.

Here is a short video to get you in the mood of this Winter Paradise:

* Spend some Time in Rovaniemi — this town is not only the regional capital of this part of Finland but it is the home of Father Christmas who many also refer to as Santa Claus. It is located in the Arctic Circle and offers many amenities, activities and modern services.

* View the Northern Lights — this is one of the best places in the world to view the Aurora Borealis or Northern Lights and the place to be is Abisco National Park. There are about two hundred (200) nights per year when you can view the Lights (August to April). It does require clear nights to view, but you can relax within in comfort within a glass igloo or luxury suite while viewing.

* The IceHotel — this is a perfect example of recycling at its best. Each year it is built out of snow and ice and in the spring it melts back into the Torne River. It is very eco-conscious and the objective is for it to be totally carbon negative.

* Visit the Ranua Zoo — the northernmost zoo in the world is in the town of Ranua. There are fifty (50) kinds of Arctic species here including herds of deer and moose, polar bears, wolves, lynxes, and brown bears.

* The Luosto Amethyst Mine — the amethyst here formed about two million (2,000,000) years ago and summer is when tours are available. From the top of Lampivaara Hill you can get some fantastic views of the northern part of the Pyhä-Luosto National Park. You learn about the history and culture of these stones as well as are able to mine some of this precious stones and take them home. 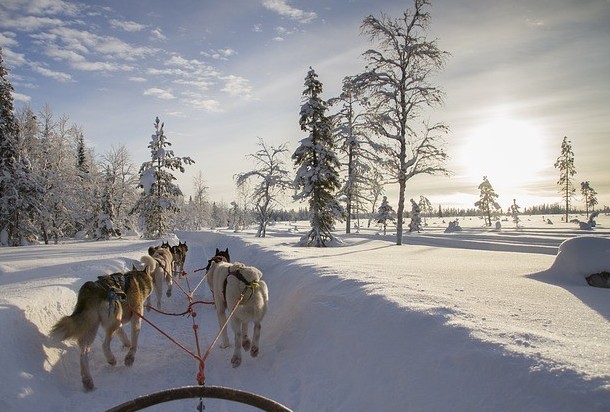 * Let’s Take a Husky Safari — for a unique experience I would suggest taking a dog-sledding ride which can easily be booked through many of the ski resorts such as at Levi and Suomo, Luosoto, and the town of Rovaniemi. You will speed over frozen lakes and through the Nordic woodland, and it will be an unforgettable experience.

* Experience Ruska — the forests in this area of the world are most beautiful for two 2 weeks in mid-September known as the Ruska period. This is time for some “leaf-peeping” and walks through the area to take in the fabulous autumn colors among the firs, pines, and hardwood trees.

* A Relaxing Sauna — in Finland people love their saunas as there is one (1) sauna for every three (3) people. It is the perfect escape from the winter cold as well as a welcome respite during the summer.

* Let’s not forget Skiing — cross-country skiing, the national pastime, is the thing to do here as the area is covered with snow October through April, and is the easiest way to get about. The Big Four ski resorts are Pyhä-Luosto, Ruka, Ylläs, and Levi (which is the place for big resort facilities with forty-three [43] slopes half of which are floodlit).

* Now for some Ice Fishing — this is the way to spend a few hours of quiet time in nature either by yourself or with friends. In the middle of a frozen lake, surrounded by a green forest, you will most definitely get a lot of time for introspection and thinking.

* Let’s Find Santa Claus — the official hometown of Santa Claus is Rovaniemi. This is a child’s delight. While Santa Park is more of a Christmas theme park, you can find Santa’s office at Santa Claus Village and also the post office where all the children’s letters arrive. A real cool pace is Jolukka, where kids can hang with Santa’s elves any time of the year picking berries, caring for the reindeer, and going fishing.

* Now for the Reindeer — you can find places for reindeer rides in any resort or town in the area, and enjoy taking in the winter paradise sights and landscapes. Reindeer are semi-domesticated animals, and twice (2) a year they do a headcount in northern Lapland. Reindeer husbandry is part of the Sámi culture. 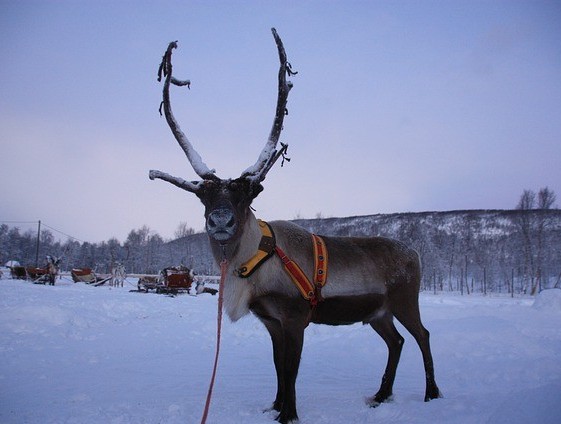 * What about Inari — this is not only the northernmost part of Lapland but of the entire European Union. Being the least populated part of Finland, you will discover pristine scenery with many rivers and forests. Here you can learn about the Sámi culture and people who inhabit this area. You will find a museum called Siida where you can learn about the Sámi way of life, history, and beliefs.

* Hiking and Trekking About — the best time for hiking is August when the weather is mild and daylight is plentiful. There are numerous hiking trails throughout some of the remotest areas you will ever find anywhere. You will encounter  log cabins along the trail in the National parks. You can find out about the ecology of the area from the information boards which are scattered about. Guides are available to take you through this area, and assist in avoiding risks and keeping you safe.

* The Levi Ice Gallery — near the Levi ski resort you will find a most intriguing attraction which consists of structures carved from ice. You can stop by to have a drink and something to eat while checking this place out, or even book a room if you prefer to stay a bit. There is a rather unusual karaoke activity in which you can participate. The ice palace books events such as weddings and holiday gatherings.

* Now for the Cuisine — if you are a meat eater you will want to try the sautéed reindeer (poronkäristys). Thin strips of meat are fried in butter or reindeer fat with cream or beer added in order to tenderize the meat. Pickled cucumber and preserves are included with the main dish which is served on a bed of mashed potatoes. At the summer festivals you will find Suovaskebabs which is smoked reindeer meat in a pita bread and served with garlic sauce and salad.

What About Father Christmas?

Now this is a great place to spend the Christmas holidays whether you have kids or not. The aura of this area is like it really is Christmas every day of the year. Lapland Finland has become quite a popular holiday destination. People from Europe, North America, and Asia flock here for the holidays. Granted, if you want a quieter time, you can still get the flavor of the Christmas spirit at other times of the year as well.

Just north of Rovaniemi you will find the home (Santa Claus Village) of Father Christmas or better known around the world as Santa Claus. The winter darkness in this part of the world adds to the aura of Christmas and the Legend of St. Nick. Throughout Finland, you will find streets lined with Christmas lights and Christmas markets where there are plenty of holiday celebrations and reindeer attractions.

Every day of the year you will discover Father Christmas and the Christmas spirit in Rovaniemi. Santa Claus welcomes visitors to his office in the village three hundred and sixty-five (365) days per year. People come from all over the world.

In terms of daylight and snow, February, March, and early April are good times to go as the days get longer after December. You can do a lot of snowmobiling, cross-country skiing, and walking around at this time of year. You will find plenty of locals snowmobiling on the ice of the river Ounasjoki and river Kemijoki.

Although this is not a main holiday destination for many, but when you add in the hospitality and welcoming nature of the local folk here, you may want to reconsider. In addition to the saunas I mentioned, you will also find cozy bars, wonderful dining, museums, and fantastic hotels. Add to this the nearby wilderness with the dense Taiga forest with rustic huts, reindeer farms, and husky kennels scattered about, and you will have no problem finding what to do in Lapland.

A couple of interesting places to stay would be the Arctic Light Hotel and the glass-roofed Santa’s Igloos Arctic Circle.

Happy Holidays to all and my Best Wishes. Lapland just may be spot to check out at some point in time whether it is officially Christmas or not. There is certainly plenty to see and do. 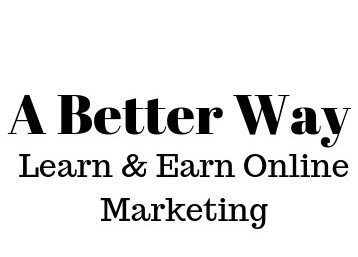 10 thoughts on “What To Do In Lapland — Where It’s Christmas Every Day!”