So what are some of the Kotor Montenegro attractions of which we should be aware? Well, let’s start with this Adriatic village having some of the most spectacular coastlines anywhere in Europe. It is a UNESCO World Heritage Site, surrounded by limestone cliffs as it is situated on the Bay of Kotor. 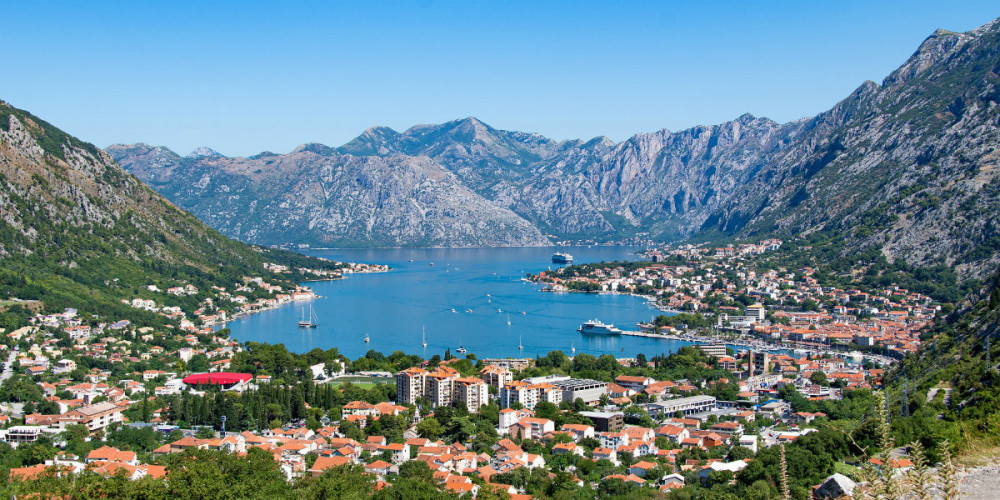 Within the intriguing walled Old Town, there are many alleyways leading to theaters, museums, palaces, and cafes. The Castle of San Giovanni is high on a hill overlooking the bay providing wonderful views of the area. Let’s find out what other attractions we can discover in this secluded area of the Gulf of Kotor.

Some History on the Kotor Montenegro Attractions

Although not known for certain, the first settlement in this area is thought to have been established about two thousand (2000) years ago. The town itself was settled during Ancient Roman times, then known as Acruviam, and was part of Dalmatia, a Roman province.

It was fortified with a fortress in the early Middle Ages. The Dalmatian language was spoken there until the eleventh (11th) century. Its name Kotor came from the Byzantine name for the town.

The Slav population came from neighboring areas and assimilated the town. In the twelfth (12th) century it came under Serbian rule. Kotor became a very important trading port.

In the nineteenth (19th) century, it was under Habsburg and Napoleonic rule. The town was known at that time as Cattaro. It became part of Yugoslavia in 1918 and was then known as Kotor. Between 1941 and 1943, during World War II, it was annexed by Italy.

Here’s a short video on this most fascinating part of the world.

Kotor Montenegro Attractions — Things to Do

* Kotor Fortress — Known as St. John’s Fortress or the Castle of San Giovanni is located on a hill next to Old Town along a section of Old City walls. It is worth the hike for views of the Bay of Kotor alone. You also pass the Church of Our Lady of Remedy on the way up. The morning is best for taking photos to get the best sunlight. It takes about forty-five (45) minutes to reach the top of the hill. An alternative route to the top with less tourist traffic is the Ladder of Kotor (Ladder of Catarro) which is a series of switchbacks just north of Old Town. Believe it or not, some adventurous and courageous folks actually cycle down these hills.

* Kotor Cats Museum — cats are everywhere within this town and they are well cared for by the locals. The museum is filled with artwork and souvenirs of cats. The modest entrance fee is used to help out the strays. For cat-related jewelry and additional items, there is the Cats of Kotor shop.

* Boka (Bay of Kotor) Cruise — a fun thing to do is to explore the Bay of Kotor by motorboat and take in the magnificent scenery. Be sure to check out the Blue Cave as it is an unforgettable experience.

* Old City Walls at Night — this is quite an experience viewing the walls lit up at night against the mountain backdrop. The best views are from the waterfront area. An ideal place is to relax with a drink on the patio of the Restaurant Galion.

* Old City Walls and Bastions — the Old City is encircled by walls although crumbling in certain sections limiting access to certain areas (be very careful when walking on the wall because of the decay and the lack of any guard rails or fence). In the Old Town, there are several sections that can be accessed such as Kampana Tower and Citadel, Valier Bastion, Bembo Bastion (now a stage for performances with Bastion Restaurant located in the park below), Gurdić Bastion, and Korner Bastion.

* Stari Grad (Kotor Old Town) — there are three (3) main gates to Old Town (South Gate, Sea Gate, River Gate). The main gate is Sea Gate where you are welcomed into the medieval atmosphere and cobblestone streets. You will immediately observe the Clock Tower in the Main Square. There is a one (1) hour walking tour and a more comprehensive ninety (90) minute private tour available that will hit all the main sights.

* Kotor Beach — just five (5) minutes from Old Town you will find Kotor’s main beach where you can catch a few rays. It’s a pebble beach with a good-sized. swimming area. There are lounge chairs where you can relax and enjoy the beauty of the area.

* Stand-Up Paddle Boarding and Kayaking — this is a great way to get some exercise and also enjoy the scenic beauty of this wonderful part of the world. There are also guided tours available.

* Cathedral of Saint Tryphon — constructed in 1166 AD on the site of a church dating back to 809 AD. It is one (1) of around a dozen churches, monasteries, and cathedrals within Old Town. It is one of the most popular cathedrals in Montenegro. This cathedral, also known as Kotor Cathedral, was built in honor of the patron saint of the city, St. Tryphon. Most of the cathedrals in Montenegro are Christian Orthodox, while St. Tryphon is one (1) of the two (2) that are Roman Catholic. It has a Romanesque interior and two (2) Baroque bell towers. On the second floor is the Sacral Art Museum which is filled with many relics and art. It is located a short walk from the Sea Gate.

* Kotor Maritime Museum — this small museum covers the maritime history and culture of this part of the world. It is well worth a visit to get a deeper understanding of this area.

* Surrounding Areas — Kotor is an excellent base for checking out the surrounding areas. Here are a few ideas. The second most popular village next to Kotor is Perast also located on the Bay of Kotor. It a twenty (20) minute bus ride from Kotor. This tiny village has a rich naval history, several palaces, restaurants on the edge of the bay, and a small islet, Our Lady of the Rocks, that has a small church. Dubrovnik is also an interesting place to check out. It is a couple of hours north of Kotor on the Adriatic Coast in southern Croatia. It’s the upscale version of Kotor. The Ostrog Monastery is a two (2) hour drive along winding roads by car or you can take a tour where they stop at a few other scenic sites. One of the most popular coastal cities is Budva with its beach and party atmosphere. Its Old Town has over twenty-five hundred (2500) years of history and is well-preserved. It’s about forty-five (45) minutes from Kotor. About three and a half (3 1/2) hours from Kotor is Tara Canyon, which is great for white water rafting. Piva Monastery is nearby, and there is a riverside restaurant for lunch.

* Church of Saint Nicholas — this Serbian Orthodox church on St. Luke’s Square in the northwestern part of Old Town is considered the second most magnificent religious structure in Kotor. Although constructed in 1909, it is built on the site of a seventeenth (17th) century church. There is a mystical aura that has been noticed by many visiting this church. St. Luke’s Church constructed in 1195 AD is also in the Square. Other impressive churches in town are the Church of St. Mary (1221 AD), Monastery of St. Francis (17th century), Franciscan Monastery of St. Claire (18th century), and St. Michael’s Church (18th century).

* Kotor Cuisine — there are several restaurants scattered throughout the Old Town featuring Montenegrin and Italian dishes with lots of seafood. There is a romantic atmosphere throughout. Cesarica Restaurant is a favorite of many where you can enjoy a favorite Montenegrin dish (squid stuffed with shrimp with a side of blitva – chard with crushed potatoes and olive oil). Also, gelato stalls are plentiful throughout the town.

* Montenegrin Wine and Beer — this country produces excellent wines and a good place to visit in Kotor for wine tasting is the Old Winery where you can enjoy many of the local wines from Montenegro and Serbia while feasting on a plate of dried fruit, cheese, prosciutto, nuts, and olives. At restaurants and pubs, you can also enjoy pivo (beer) with Niksicko beer being the local brand.

* Kotor Bazaar — this is also built into a section of the Old City wall, here you will find the local merchants selling their wares, mostly souvenirs and trinkets. It is located between St. Nicholas Church and St. Claire Church, and at the back of the bazaar, you can catch a view of the decrepit remains of the Dominican Monastery (16th century).

Why Visit the Kotor Montenegro Attractions 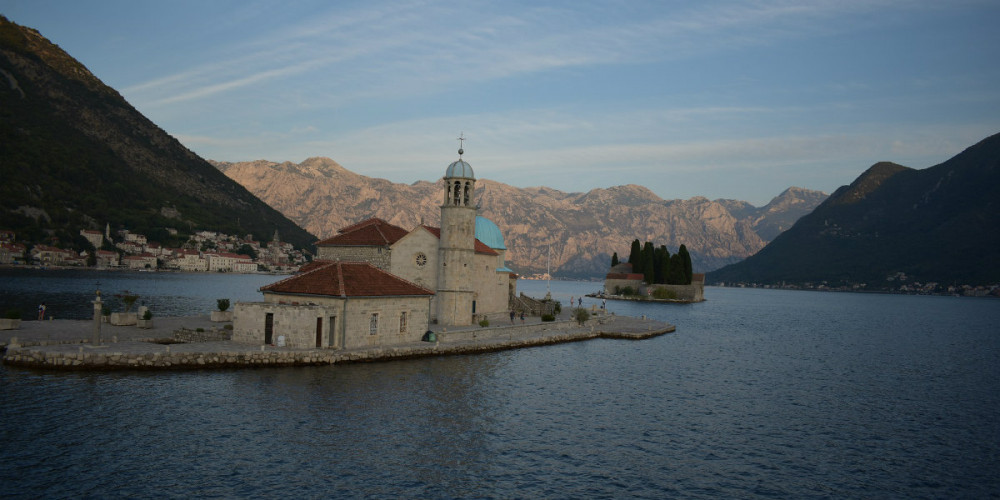 There are many reasons to visit Kotor as evidenced by the information above. Although many come here on a day trip from Dubrovnik or as a stopover on a cruise, it is well worth spending several days in this well-preserved medieval village. It also a great home base to explore other areas in Montenegro and Croatia.

Evenings are wonderful since the cruise ship and day-trippers have left, so the streets are uncrowded and there is a very romantic atmosphere that permeates this fantasy-like settlement. For accommodations, La Dolce Vita Apartments is located in the less hectic part of Old Town. Outside of the Old Town area Apartments Ana is a good choice.

Also, this Adriatic country between Albania, Serbia, Croatia, Kosovo, and Bosnia-Herzegovina is known for being safe and friendly. If you are traveling on a budget this is a most affordable country even if you go the luxury route. Consider putting this on your list of future destinations.

P.S. Learn to take your business on the road by easily adapting to our changing world of technology. Here’s my #1 Recommendation for the Support and Education you need to create a Viable Online Business. 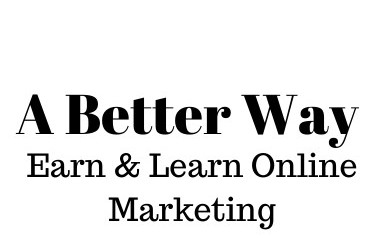