Iceland is a very interesting country. Here is some Iceland travel information which may just inspire you to visit. 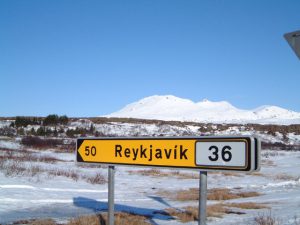 Being a Nordic island nation, it has a diversity of landscapes which include geysers, glaciers, hot springs, volcanoes, and lava fields. The entire country only has a little over 300,000 people with the capital being Reykjavik, which is powered geothermally.

The currency is the Icelandic krona and Reykjavik is home to a wealth of Viking history in the National and Saga museums.

Best Time To Travel There

Most folks travel to Iceland sometime between June and August because the weather is better then. Also you get twenty-four (24) hours of Arctic daylight in June. If you want to avoid the tourist traffic and still have decent weather September through October are good months to travel. You might even see the Northern Lights.

In the winter months, days are much shorter so that limits the sightseeing during the day, and you have to deal with the snow and cold weather. But if that isn’t an issue for you, you can get some great travel deals during this time of year.

Some Details About the Country

The language is Icelandic, but most people speak English. The electric outlets are Type F (2-prong plug). The currency is the Krónur.

Iceland is in the North Atlantic, a Nordic island country, with an area of 40,000 square miles (103,000 km) with a population of about 348,580. Reykjavik is the capital, and the majority of the population resides in the southwest part of the country.

Iceland has a temperate climate because it is warmed by the Gulf Stream. It is also geologically and volcanically active with glaciers, mountains, and lava fields. 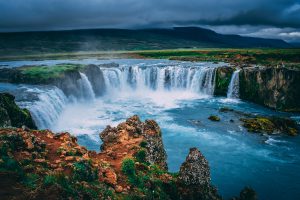 Iceland has a Scandinavian heritage. Icelandic is a North Germanic language and most of the people are descended from Gaelic and Norse settlers.

Part of Iceland’s cultural heritage is its medieval sagas, literature, and cuisine.

Iceland has no standing army, but only a lightly armed Coast Guard. It has the smallest population of any NATO member.

Iceland is basically free of mosquitoes, but 1300 species of insects inhabit the island. When humans arrived the only native land animal was the arctic fox. Polar bears occasionally visit from Greenland. Bats on rare occasions show up carried by the winds, but they are unable to breed there. There are no native amphibians or reptiles on the island.

There are a variety of animals in Iceland including Icelandic horses and sheepdogs, goats, chickens, cattle, and Icelandic sheep. These were all imported from Europeans. The wild mammals are the reindeer, rabbits. Fox, mice, rats, and mink.

The fishing industry is a big part of Iceland’s economy, and there are many species of fish in the waters, as well as the harbor seal and grey seal. There are many birds including kittiwakes, skuas, and puffins. Whale watching has been a vital part of the economy since 1997. 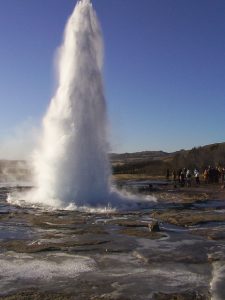 English and Danish are part of the school curriculum, and Icelandic sign language became a minority language in 2011. English is widely spoken, while Danish is most often commonly used by the older generations.

The largest minority population in Iceland is Polish.

An interesting fact is that the telephone directory is listed alphabetically by first name rather than last. Icelanders use matronymic or patronymic (more common) surnames, where the last names are based on the first name of the mother or father.

The roots of Icelandic culture are in the North Germanic traditions, and many centuries of isolation have preserved the Icelandic language, which is the closest to Old Norse than any of the other Nordic languages.

Icelanders are very self-sufficient and independent, and have a very strong work ethic. They work some of the longest work hours of any industrialized nation. They also have a deep sense of community based on unity and cooperation. In time of need, they feel the support will be there.

The majority report that they are satisfied with their lives, and have much more positive experiences than negative on a day-to-day basis. They are one of the happiest countries around. Income inequality is one of the lowest in the world. Equality of the sexes is high, and Iceland is ranked in the top three (3) countries for women to live. 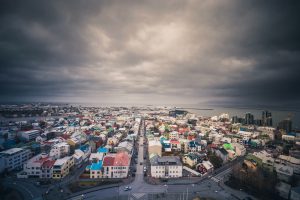 Lamb, fish, and dairy products make up much of the cuisine in Iceland. They use very little herbs or spices. Greenhouses have brought vegetables and fruits into more common use. There are many traditional dishes including black pudding and flat bread. Puffin is a local delicacy.

While breakfast is usually cereal, pancakes, fruit and coffee, lunch is more of smorgasbord. Dinner is the main meal which usually involves lamb or fish (halibut, salmon, herring, cod, haddock) as the main meal. Side dishes can include green beans, pickled cabbage, boiled or mashed potatoes, and rye bread.

Coffee and Coca Cola are popular beverages in Iceland.

Iceland’s main alcoholic beverage is brennivin which is a distilled wine. It is like schnapps and is made from distilled potatoes and flavored with angelica or caraway seeds.

Tipping is not done in Iceland, and the few tipping jars you see are ignored by the locals.

There is much to see and explore in Iceland. In the Southeast part of Iceland is Europe’s largest glacier, Vatnajokull. The Blue Lagoon is famous for being a geothermal spa. There are many geysers, national parks, and lava fields to check out as well.

The largest glacier lake in Iceland is Jokulsarion. During the winter it is possible to gain a view of the Northern Lights (Aurora Borealis).

There are many places to hike in Iceland, but requires strong hiking boots as it is a rough terrain; lots of hidden holes amongst the moss and lava rock. When in the mountains be prepared for a sudden encounter with sideways sleet and rain, especially in the colder seasons. Be prepared and don’t stray off of the hiking trails. Get some good advice from the locals before beginning your journey.

Although not known for ski areas, the town of Akureyri had a small ski area and the Troll Peninsula offers heki skiing, ski mountaineering, and ski touring. 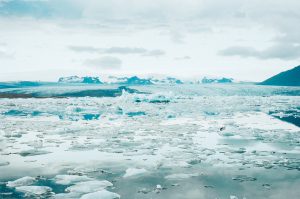 With plenty of glaciers and frozen waterfalls, ice climbing is very popular, as well as glacier hiking.

Whale watching is available all year round from Reykjavik, and from Husavik during the summer, which is the best time for whale sightings.

On the South Coast of Iceland Dog Sledding tours are available all year round.

You can go mobiling which provides good access to some hard to get to areas.

Whitewater rafting is available on many of the rivers in Iceland (Vestari, Austari Jokulsa, and Hvita). Varmahlid is where you can find businesses offering rafting tours. Bakkaflot is a company which has great facilities such as restaurant, bar, accommodation, and hot pools.

Reykjavik offers much in terms of cultural events, activities, historical sites, and nightlife without the stress of the big city.

The downtown area has a high concentration of cultural institutions. There are many museums (National Museum of Iceland, Arbaer Open Air Museum, Perlan Museum, etc.), Harpa Music Hall and Conference Center, art sculptures and exhibits, and the Tjornin or “The Pond” by City Hall which has over fifty (50) species of birds, and a view of Reykjavik’s best known houses. Also part of this area is Hljómskálagarðurinn which consists of a play area for kids and numerous walking paths.

The main shopping street is Laugavegur, and the center of the nightlife.

For a different and out-of-the-way travel adventure, I highly recommend Iceland. There is a lot to do both within and outside the city, and the views are tremendous. 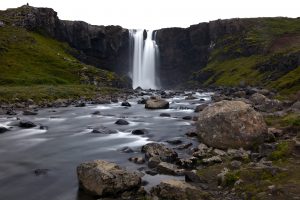 Also, the people have a positive outlook on life, and it is one of the happier places on the planet.

Even though some may find the locals a bit standoffish at first, once you break the ice people are friendly and helpful.

For a Different Approach to Online Business Check Out My Review of This Platform!