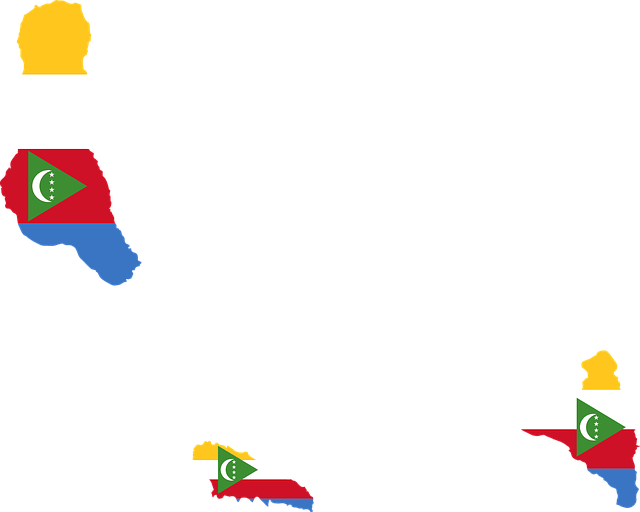 When I first looked into Comoros Islands tourism I had no idea whatsoever where they were. After a little research, I discovered that they are an archipelago of three (3) main islands off of the coast of Mozambique in southeastern Africa. 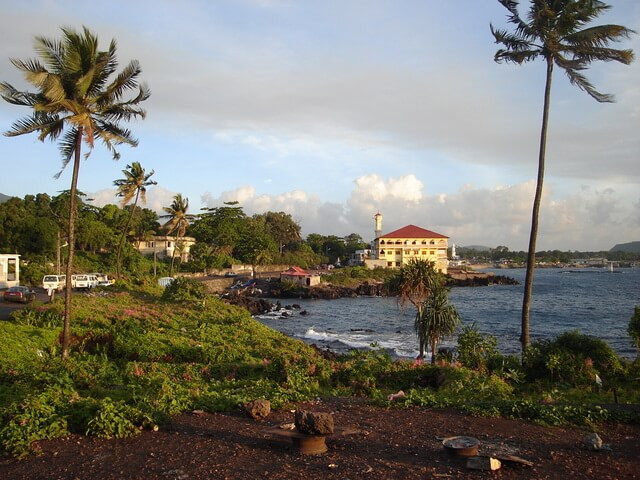 These are volcanic islands with Mohéli having outstanding beaches with plenty of places to enjoy snorkeling and diving. Its waters are warm and clear. Humpback whales show up during the summer months and can be seen not far from shore. These islands are also known as the Perfume Isles and they can be enjoyed without all the hustle and bustle as very few tourists show up here.

There is evidence showing that these islands may have been inhabited in the sixth (6th) century. Over time the area was populated by Bantu-speaking people, French, Arabs, Austronesian, Arabs, Portuguese, and Somalis. Islam took hold in the tenth (10th) century.

It became a prosperous and united part of the region’s Swahili culture trading in local goods. The political power resided with the local rulers. The French set up plantations during the Colonial Period (1884 to 1914). Primarily sugar plantations were established but later spices and perfume plants were added. The islands became a French territory in 1946.

There were cries for independence in the 1970s, and there was a unified declaration of independence in 1975, although France maintained control over Mayotte. The other islands formed what is known today as the Union of the Comoros. In March 2011 Mayotte became an Overseas Department of France.

Is There Anything to Do Around Here?

Let’s check out a short video and then get into what we can do and explore:

* Mohéli — here you will find great beaches and plenty to do if you enjoy snorkeling and diving. Quite often you will have the beach to yourself. You can stay at the Laka Lodge which is part of the National Marine Park which protects sea turtles, dugongs, and the coral reef. To get a glimpse of humpback whales visit between July and October. There are about a thousand (1000) whales that cruise down from Antarctica that time of year. If you want you can snorkel in the water with them. There are also organized trips you can take in the forest to check out the Comoro flying foxes (Livingstone fruit bats), the Comoran lemurs, and plenty of birds. The town next to the lodge is Nioumachoua, and it’s a great place to take a walk and meet the friendly locals. At sunset hike up to Lookout Point above the lodge for some incredible views. The largest city on the island is Fomboni where you can get a good feel for the culture of the area.

* Grande Comore — the capital city, Moroni, is located here. The people are friendly and Moroni has an upbeat vibe. They have a nice market and you can visit the Grand Mosque du Vendredi. You can rent a car or hire a taxi for the day and check out the beaches in the northern part of the island. The majority of the population inhabits the western part, but down on the southern side, you can experience the agricultural area with banana, cassava, coconut, and vanilla plantations.

* Trou du Prophète — also known as the “hole of the prophet” it is located on the northern tip of Grande Comore (Ngazidja). Most of the guest houses are no longer in use except for the Baobab Magic – Backpacker which has lodging and a restaurant known for its fresh barbecue fish. You can stay in one of the rooms or pitch a tent.

* Petite Terre — this is the main place that ex-pats live and hang out. The two (2) villages on the island are Pamandzi and L’Abattoir. Dziani Dzaha is a volcanic crater that you can check out, view the Rock of Dzaoudzi, and explore the archaeological site, Bagamayo, where there are artifacts from a tenth (10th) century Shirazi settlement. Also, if you are into French food the French cuisine is excellent (crab and frog legs).

* Itsandra Beach Hotel — this is one of the nicest places to stay in Moroni. It has a private beach.

* Moroni — the capital city of the island has a definitely different vibe than the other areas in the archipelago. You get a very romantic feeling within an Arabian presence. There is a mix of French, Arabic, and Swahili culture and history here. The locals are dressed traditionally as you will notice when strolling through the narrow streets filled with cafes, interesting shops, and architectural structures from the Swahili period. At the Volo Volo Market, you can pick up a few items such as spices, local handicrafts, and souvenirs. The most famous landmark in Comoros is the Nouvelle Mosquee de Vendredi Mosque which was constructed in 1427 and is worth checking out. There are many winding alleyways to investigate in this city without a lot of the usual tourist attractions.

* Mitsamiouli Beach — this is a world-class beach which some consider one of the top ten (10) in all of Africa. You can enjoy peace and quiet as you will have the place to yourself.

* Mt Ntingui — this is the highest mountain on Anjouan extending five thousand two hundred and forty-nine (2,249) feet (1600 meters) and it will give you all that you desire in a challenge to climb. When not covered by clouds, you get a magnificent view of the entire archipelago from its peak. On your hike upwards you get to view many exotic birds throughout the lush green forest.

* Lac Salé — this is one of the oldest areas on Grand Comore island with thousand (1000) foot cliffs, and the ruins of an old palace constructed from coral limestone and residing on the black lava and white sand beach. Behind the ruins you can find a White Friday Mosque and close by a saltwater lake that has been contaminated with poisonous volcanic gases.

* Iconi — this is a town with a rich history on the island of Grande Comore which is the largest island of the archipelago. Moroni, the country’s capital, is located here.

* Anjouan — also called Ndzouani by the locals, it is the “Pearl of the Comoros” because of its intriguing qualities. This area is both remote and beautiful. You are engulfed with the scent of ylang-ylang and cloves while exploring old Arab plantations. The highlands overlooking the rain forests have a cooler temperature.

* Mount Karthala — this is the largest active volcano in the world located on Grande Comore. Since the nineteenth (19th) century, it has erupted at least every eleven (11) years. Back in 2005, the eruption lasted fourteen (14) days. The last time it erupted was 2007. The lava has created quite an interesting landscape. It is a two (2) day hike to get to the volcano’s rim.

* Mayotte — this is the most traditional area in the islands in that it is still governed by the French. It is a bit overpriced compared to the rest of the islands, but there are magnificent beaches with white sand and turquoise waters, and a great place for snorkeling, diving, and sailing. There is a large ex-pat community on the island.

* Mamoudzou — located on Mayotte this is a large town filled with shops, restaurants, and a variety of businesses.

Not a Bad Place to Hang Out a Bit 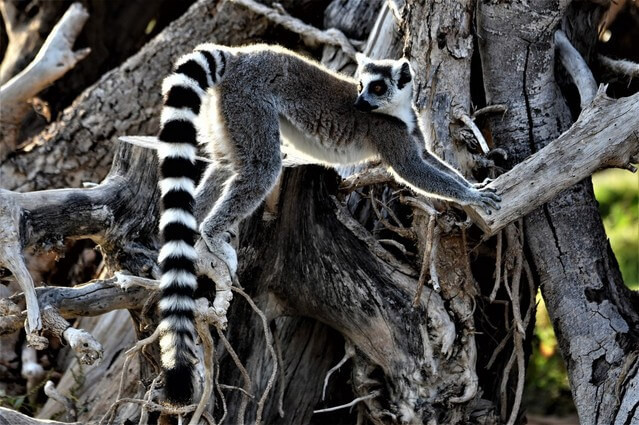 This is a place for an island adventure that is secluded but with plenty to do. It’s off the beaten path and doesn’t get a lot of tourist activity. Here you get a combination of beautiful scenery, a rich history and culture, friendly folks, marvelous beaches, great diving spots, hiking trails, and so much more to be discovered when you arrive.

As you stroll the stunning beaches you just may get to see sea turtles laying their eggs; add to that the humpback whales that are splashing around the waters, and scuba diving with the sea turtles and dolphins.

This area of the world has such a rich history that just being here and experiencing the culture is a treat all by itself. If you want a more extensive exploration into the culture and history of this country go to the National Museum of the Comoros on Moroni.

The cuisine is great and you have plenty of choices as to lodging. There are a variety of hotels from which to choose. Given its tropical climate, this is a place you can visit any time of the year. April through November is definitely drier. So if you want to spend some time relaxing on the beaches, and maybe hiking through a virgin rain forest this just may be a destination spot for you.

P.S. If you are into online marketing or would like to be, check out my #1 Recommendation. 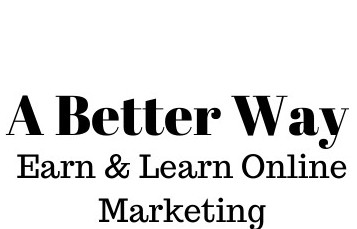